Home
Unicaja raises cost-saving from Liberbank acquisition
Prev Article Next Article
This post was originally published on this sitehttps://i-invdn-com.investing.com/trkd-images/LYNXMPEHA20BW_L.jpg 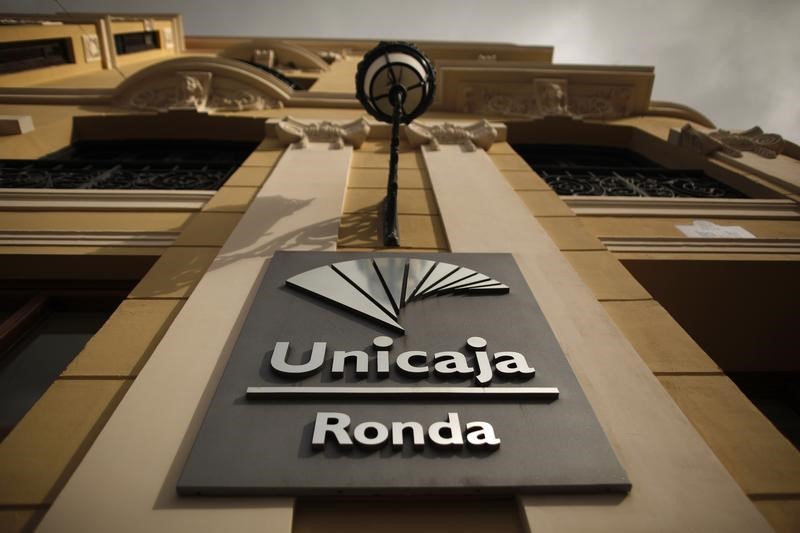 MADRID (Reuters) -Unicaja on Wednesday increased the annual cost savings it will achieve from the acquisition of Liberbank to around 210 million euros ($243 million) as part of the Spanish lender’s plans to improve profitability.

The bank had initially estimated annual synergies would be worth at least 192 million euros by 2023.

European banks are struggling to cope with low interest rates, and the economic downturn sparked by the pandemic is forcing a focus on cost cuts, including through tie-ups.

Unicaja’s net interest income (NII), or earnings on loans minus deposit costs, fell 11.2% in the third quarter versus a year ago to 251 million euros, in line with forecasts from analysts polled by Reuters.

On an accumulated basis in the first nine-months, the bank’s net profit rose to 1.395 billion euros thanks to multimillion accounting gains it banked following Liberbank’s acquisition.

The country’s fifth-largest lender by assets reported a badwill gain – a paper profit that occurs when an asset is bought below its book value – of 1.301 billion euros.