Home
Stocks
Metals Stocks: Gold finds support from a retreat in the dollar with U.S. consumer confidence at a 6-month low
Prev Article Next Article
This post was originally published on this site 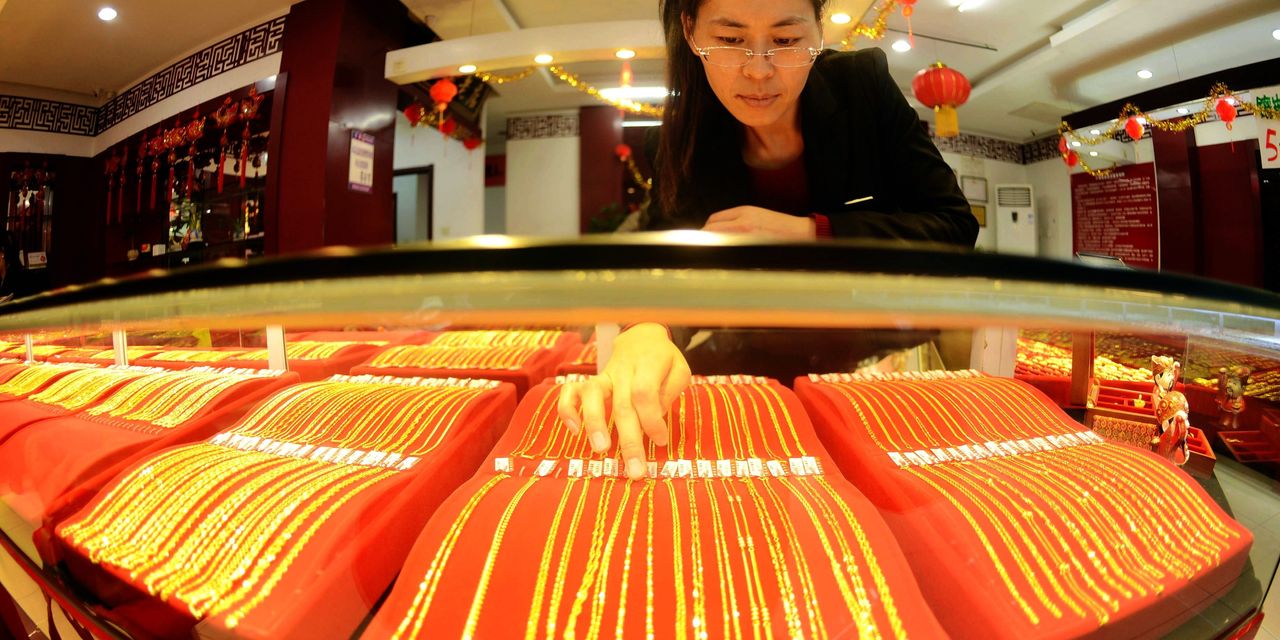 Gold futures traded mostly higher on Tuesday, finding support from weakness in the U.S. dollar and data showing a drop in consumer confidence to the lowest level in six months.

U.S. consumer confidence slid to 113.8 this month from a revised 125.1 in July, the Conference Board said Tuesday. Separately, data showed that the Chicago PMI dropped to 66.8 in August from 73.4.

If the U.S. dollar index continues to weaken that “would support gold, as would general stock and financial market instability,” said Wyckoff, adding that the “historically turbulent” months of September and October lie just ahead.

The dollar was down 0.2% at 92.473, as measured by the ICE U.S. Dollar Index
DXY,
,
a gauge of the currency against a half-dozen major currencies, though on track for a monthly rise of 0.3%.

“Over in the FX arena, the US dollar continues to bleed as markets price in lower chances for a September taper announcement by the Fed,” wrote Marios Hadjikyriacos, senior investment analyst at XM, in a daily research note.

The dollar, and financial markets broadly, are now keyed in to monetary policy, with weakness in greenback coming on the back of Federal Reserve Chairman Jerome Powell’s Jackson Hole speech, which was seen as positively supporting continued buying of precious metals. Powell offered no clear timetable this year for so-called tapering of monetary policies that have been accommodative to financial markets, which has helped to knock the dollar lower.

A weaker dollar can make dollar-pegged assets such as gold more appealing to overseas buyers.

“Markets are now trading on whether the Fed will signal tapering in September and start the process in November, or whether it will be pre-announced in November and implemented in December,” the XM analyst wrote.

Against the backdrop, Friday’s U.S. jobs report has come to hold heightened significance for financial assets.

Meanwhile, Craig Erlam cautioned that gold’s upside may be limited because of an eventual recovery of the economy from the highly transmissible delta strain of COVID-19.

“The economic recovery in the US may slow in the coming months as a result of the delta strain but it’s still very much on the right track. That may limit gold’s upside over the medium term,” the senior market analyst at Oanda wrote.