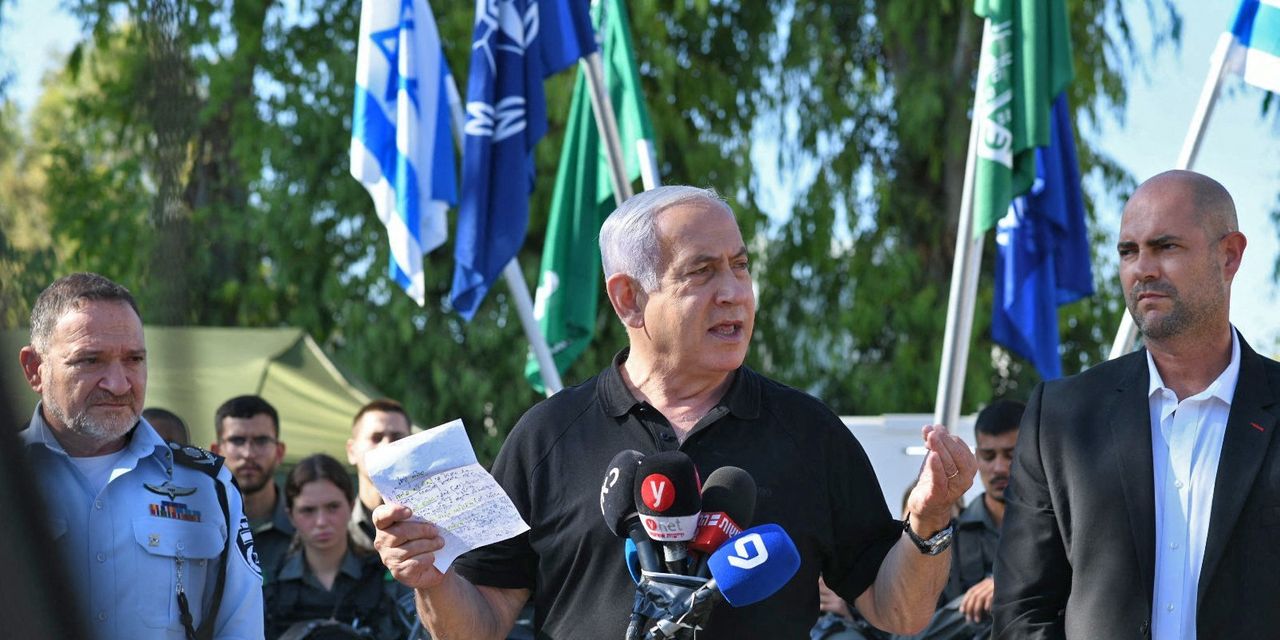 Prime Minister Benjamin Netanyahu is pressing an aggressive campaign against Hamas, targeting its leaders, strategic infrastructure and military sites to deter the militant group from continuing its attacks on Israel. The operation could aid Netanyahu’s other vital goal of staying in power.

One week earlier, Netanyahu’s opponents were poised to unseat him and form a new government, potentially ending the rule of the country’s longest-serving leader as he faces corruption charges. He denies wrongdoing.

But the past six days of national turmoil have offered the Israeli prime minister a political lifeline. When Arab parties and a right-wing politician pulled out of talks this week to join or back a rival coalition, the threat to unseat Netanyahu appeared to collapse.

“Netanyahu has always thrived in environments of uncertainty, of chaos and crisis,” said Mitchell Barak, an Israeli pollster and director of Keevoon Global Research, who worked as an aide to Netanyahu in the 1990s. “He basically goes from crisis to crisis.”

Even before the recent conflict and internal tensions, Netanyahu has had to navigate the country through a difficult year. Israel had one of the worst coronavirus rates per capita before a successful vaccination campaign; its economy was battered by pandemic-related shutdowns; and it has faced off against Iran, hitting its allies in Syria and its ships at sea.

On Saturday, Israel and Hamas continued to trade heavy fire. In Gaza, around 140 people have been killed since Monday, including 39 children, according to Gaza’s health ministry. Eleven Israelis have died in rocket attacks and missile strikes, including one child. Israel said it has killed at least 75 Hamas operatives.

In the middle of turmoil, Netanyahu’s Likud party has restarted negotiations with Yamina, the party of right-wing politician Naftali Bennett who backed away from a potential unity government with centrist Yair Lapid along with Arab parties in support. Bennett changed course amid the communal violence roiling the country, according to a person close to him.

Lapid, head of the centrist Yesh Atid party, has a mandate to form a government until June 2. He said he is still seeking to cobble together a government and would support a fifth election, if necessary, to replace Netanyahu.

If Lapid fails, the mandate gets passed to the Knesset, Israel’s parliament. The Knesset would then have three weeks to present a prime ministerial candidate. If that also fails, Israel will head to a fifth election in two years. In the meantime, Netanyahu will remain in power for at least several more months.

Netanyahu has an additional incentive to remain in power, as witness testimony in his trial for charges of bribery, fraud and breach of trust is under way. He has sought to build a right-wing religious coalition that could help him pass legislation to better insulate him against these charges.

An expanded version of this story appears on WSJ.com.