Home
Stocks
: Lucid Motors finally confirms SPAC deal, and the stock is plunging
Prev Article Next Article
This post was originally published on this site 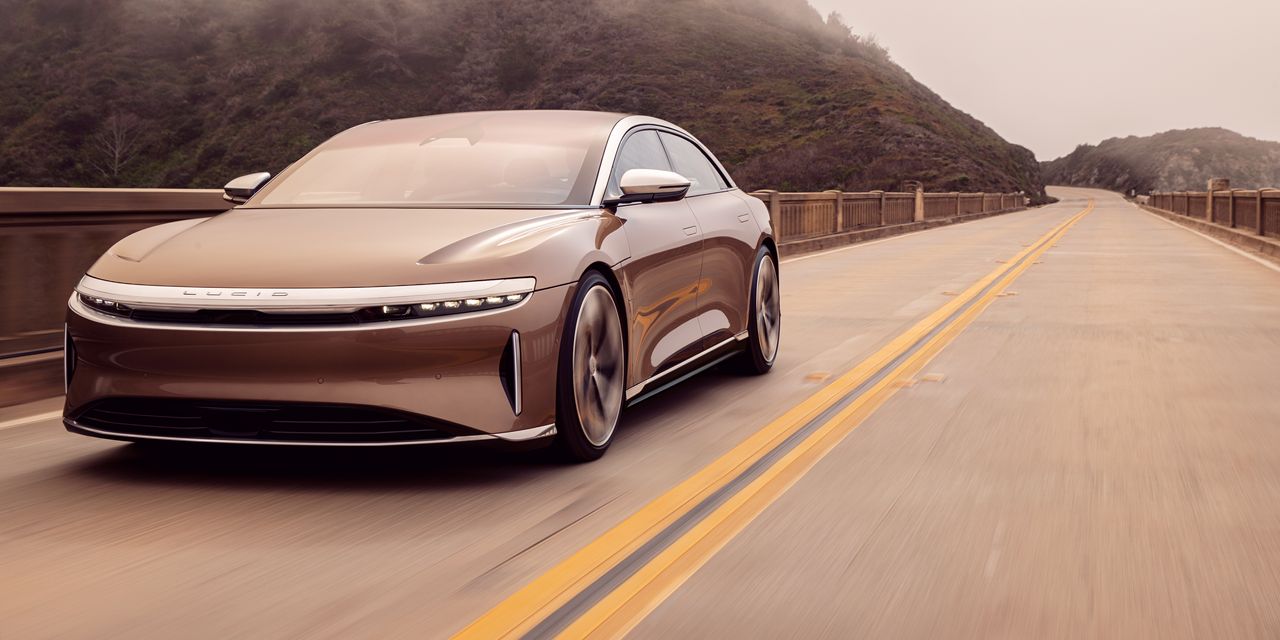 After weeks of spiking share prices for a blank-check company rumored to be targeting the acquisition of electric-vehicle company Lucid Motors, the two parties officially announced a deal Monday afternoon, and the stock sank sharply.

Lucid, a buzzy potential Tesla Inc. TSLA, -8.55% rival, agreed to combine with Churchill Capital Corp. IV CCIV, +8.37%, a special-purpose acquisition company, or SPAC, also known as a blank-check company. SPACs have become extremely popular during the COVID-19 pandemic, and have been used repeatedly in the electric-vehicle and related sectors amid a phenomenal rise in Tesla’s valuation.

Lucid and Churchill announced Monday afternoon that they will combine at a transaction equity value of $11.75 billion, and have attracted private investment in the deal at $15 a share that implies a valuation of $24 billion. The private investment in a public equity deal, known as a PIPE, and cash from Churchill will provide roughly $4.4 billion in total funding to Lucid, the parties reported.

The rumors that the deal would happen had sent Churchill shares much higher than the levels detailed in Monday’s announcement, however, and shares dove more than 25% in after-hours trading. Shares closed Monday at $57.37. Like all SPACs, Churchill went public at a per-share price of $10, with most of the gains coming after reports of discussions between Lucid and Churchill.

Lucid is based in Newark, Calif., a San Francisco Bay Area city next door to Tesla’s original factory in Fremont. Chief Executive Peter Rawlinson, who will continue to lead the company after the transaction closes, was the chief engineer on Tesla’s Model S before leaving for Lucid.

“Lucid is going public to accelerate into the next phase of our growth as we work towards the launch of our new pure-electric luxury sedan, Lucid Air, in 2021 followed by our Gravity performance luxury SUV in 2023,” Rawlinson said in a statement. “Financing from the transaction will also be used to support expansion of our manufacturing facility in Arizona, which is the first greenfield purpose-built EV manufacturing facility in North America, and is already operational for pre-production builds of the Lucid Air.”

Lucid expects to more than double its U.S. workforce after the investment, from about 2,000 workers currently to roughly 5,000 by the end of 2022.

Lucid will now be backed by a legion of heavy hitters beyond its already sizable investment from Saudi Arabia’s Public Investment Fund, which is also investing in the PIPE. Others involved in the investment include “funds and accounts managed by BlackRock, Fidelity Management & Research LLC, Franklin Templeton, Neuberger Berman, Wellington Management and Winslow Capital Management LLC,” according to Monday’s announcement, which claimed it would be the largest ever SPAC-related common stock PIPE.