Home
Stocks
Market Extra: ‘Beans in the teens’ as soybean futures hit 6 1/2-year high
Prev Article Next Article
This post was originally published on this site 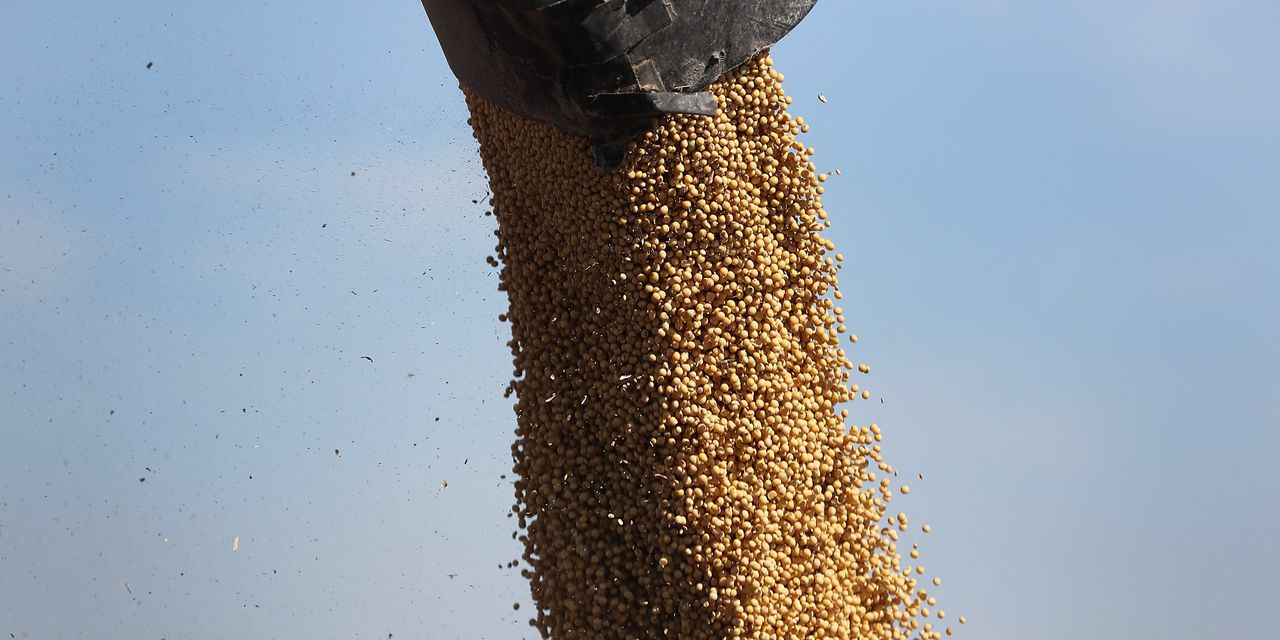 Welcome back to “beans in the teens.”

The mantra, which is popular with soybean traders and farmers alike, was back in operation on the final trading day of 2020.

The March futures contract SH21, +0.85% traded 12 cents higher at $13.125 a bushel on the Chicago Board of Trade after hitting an intraday high of $13.21. Based on trading in the most active contract, soybeans haven’t traded above $13 since June 2014, according to FactSet.

The rally has the versatile legume on track for a more than 12% December rise and a gain of nearly 37% for 2020. Soybeans traded at more-than-a-decade low below $8 a bushel in May 2019 as a U.S.-China trade war heated up.

Soybeans and other farm commodities, including wheat W00, -0.43% and corn C00, +2.00%, have staged an impressive rally in 2020 too, finding support amid tighter supplies, iffy crop prospects in other parts of the world, and voracious demand from China as the country emerged from the COVID-19 pandemic earlier this year.

“The world and U.S. corn and soybean stocks are getting tighter. Weather in Argentina and southern Brazil has been dry and now hot,” he said.

Concerns about South American production are heightening worries about tight supplies. The U.S. Department of Agriculture in December lowered its estimate of ending U.S. soybean stocks for the 2020/21 marketing year to a seven-year low of 175 million bushels. Corn stocks are also seen tight at 1.7 billion bushels.

Meanwhile, Brazilian ending stocks are projected at 761 million bushels with a stocks-to-use ratio of 15.6%, up from the prior year, but the second lowest in more than two decades, noted John Newton, chief economist at the American Farm Bureau Federation, in a post.

As veteran commodity trader Doug King, who runs RCMA’s Merchant Commodity Fund, told MarketWatch earlier this month: “We can’t afford to have a huge disaster of a crop in North or South America.”

See: How a weaker dollar could help fuel a commodities boom in 2021