Home
Stocks
: Markets sleepwalk with the end of Brexit talks in sight
Prev Article Next Article
This post was originally published on this site 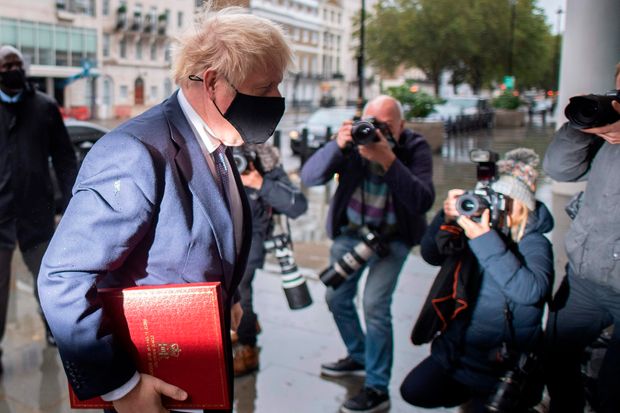 U.K. Prime Minister Boris Johnson wears a protective face covering as he arrives at the BBC in central London, England, on Oct. 4, 2020.

The great Brexit debate that has gripped the U.K. for four consecutive years and felled two prime ministers is coming to a conclusion, possibly within days.

Even at this late stage, leaks to media outlets from both London and Brussels indicate that there is still uncertainty on whether the U.K. can reach an accord to leave the European Union while preserving the zero-tariffs access it has to ship its goods across the English Channel.

At its worst outcome, the total rise in barriers will shoot up to about 9% of trade volumes, both for U.K. exports to the EU, and EU exports to the U.K., according to Oxford Economics. A free-trade pact would still result in more barriers, through customs administration and regulatory barriers for example, that would equal about 4.5% of current trade volumes, the economists estimate.

That is quite a potential hit for a U.K. economy estimated to contract 11.5% in 2020, according to the National Institute of Economic and Social Research, or for that matter a eurozone economy that a professional forecaster survey at the end of October estimated would contract nearly 8%.

Yet with so much on the line, markets are sleepwalking to the finish. A look at currency volatility on the pound GBPUSD, +0.09% GBPEUR, +0.12%, perhaps the asset most obviously affected by Brexit talks, shows a level that is not particularly elevated, certainly not relative to the early days of the coronavirus pandemic, and even lower than last year’s talks on a withdrawal agreement from the EU. 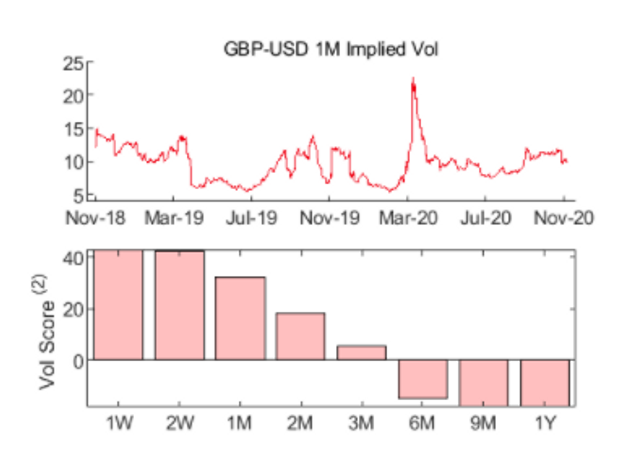 Michael Brown, senior market analyst at Caxton, says the lack of volatility reflects market confidence that a deal will get done, and that outstanding issues such as fishing quotas and a so-called level playing field on regulation aren’t insurmountable.

“The other thing is that there are ‘bigger fish to fry’ this year than with Brexit deadlines gone by, with COVID being a much bigger risk and a much bigger focus for everyone. One thing that’s clear though is very few indeed are positioned for no-deal,” said Brown.

Brown, to be fair, is himself expecting a deal. “I am of the view that a deal will be agreed, eventually, so am bullish GBP into year-end,” he said.

“As I’ve repeatedly said, it’s incomprehensible to me the idea that these talks could collapse at this late stage and the way the markets are positioned, I’m not the only one,” added Craig Erlam, senior market analyst at Oanda Europe. “A deal will probably spark a temporary relief rally in the pound but that may be short-lived and profit-taking may quickly kick in. This is largely priced in now. The major risk lies below if the unthinkable happens.”

Speculators, however, are modestly betting against the pound vs. the dollar, according to the latest Commodity Futures Trading Commission commitments of traders report.

There is one market, however, on the move ahead of Brexit. According to S&P Global Platts, container rates have spiked to $2,600 per forty-foot equivalent unit on the North Asia-to-U.K. route, up from $2,000 last month.

According to the energy and commodities data provider, logistical delays are seen at some U.K. ports, causing carriers to impose a congestion surcharge on both inbound and outbound containers. The price spike isn’t entirely Brexit related, however, as there is a strong demand for home-working equipment and do-it-yourself products given the lockdowns in the U.K. and Europe, as well as an increase in demand for personal protective equipment.