Home
Market
Dow Racks Up Gains as Tech Claws Back Losses, Value Shines Ahead of Election
Prev Article Next Article
This post was originally published on this site 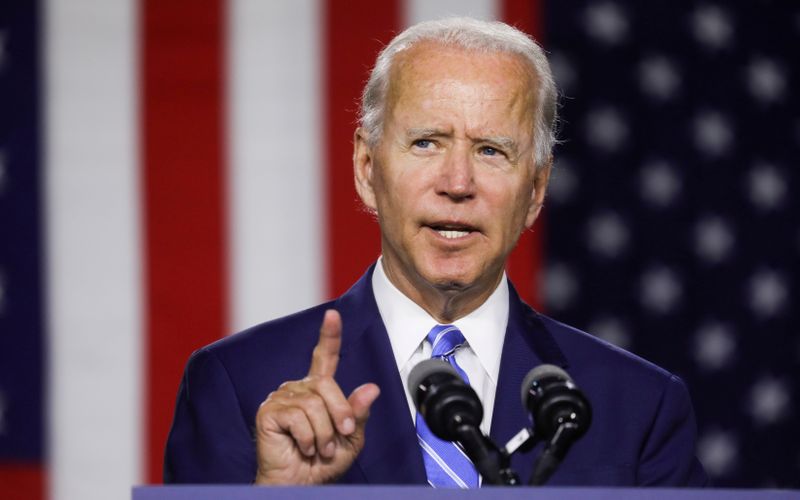 Investing.com – The Dow racked up gains Monday, on a late-day rebound in tech from session lows and strength in value stocks ahead of the U.S. election on Tuesday.

Value stocks across sectors like energy, materials, and industrials were in favor as investors bet that a Joe Biden presidential victory could boost the economy.

Ahead of the U.S. presidential election, national polls suggest that former Vice President Joe Biden maintained his strong lead over the weekend against President Donald Trump in key battleground states.

Some suggested that a so-called blue wave – Democrats taking control of the White House and Congress – would prove a short-term gain to the economy as a bigger stimulus package would likely be rolled out, but growth may suffer beyond 2021 amid a possible hike in taxes.

“In the near-term, we see a blue wave as the most constructive outcome for the economy, with more than $3tn in fresh fiscal stimulus contributing to robust GDP growth to 2021 …  but beyond 2021 time-frame, the implications of a blue wave become much less market friendly,” Action Economics said in a note. “Once Democrats have dealt with COVID and the economic fallout, their next policy priority will probably be healthcare expansion financed by tax increases.”

Energy, led the move higher as oil prices climbed despite lingering concerns about the pandemic impact to demand as several European countries including Germany, France, Belgium, Ireland, Austria and Belgium returned to lockdown.

Tech, meanwhile, added impetus to the rally as the Fab 5 rebounded from session lows. Apple (NASDAQ:AAPL), Amazon.com (NASDAQ:AMZN), Facebook (NASDAQ:FB) and Microsoft (NASDAQ:MSFT) ended off the day’s lows, while Google-parent Alphabet (NASDAQ:GOOGL) closed in the green.

The Institute for Supply Management said Monday that its manufacturing index rose by 3.9% to 59.3% last month, topping economists’ estimates of 55.8.

The seven-day average of new daily cases in the U.S. now the highest the country has seen, at 81,336 cases, The Wall Street Journal reported.

Under Armour (NYSE:UAA) ended 4% higher after Stifel upgraded the stock to buy from hold and lifted its price target to $17 from $11, citing an improved balance sheet