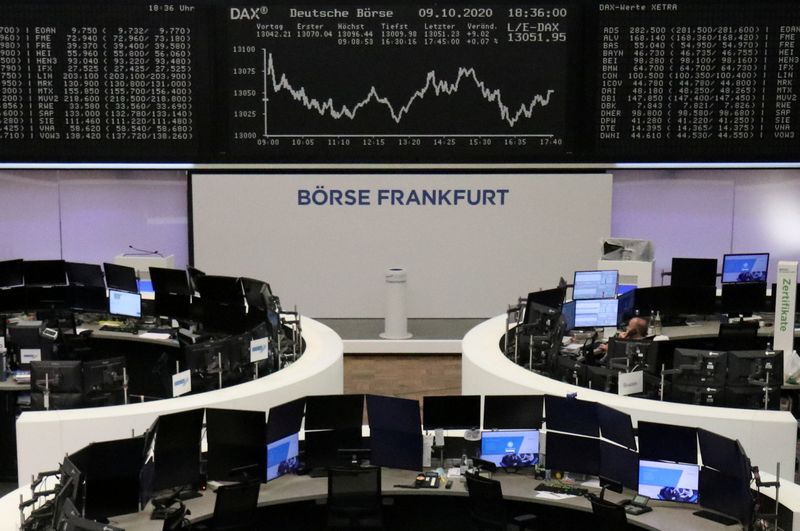 The pan-European STOXX 600 index (STOXX) was down 1.3% as France imposed curfews and other European nations said they were closing schools and cancelling surgeries to tackle the surge in COVID-19 infections ahead of the winter season.

In the UK, ex-dividend trading weighed on the blue-chip FTSE 100 (FTSE), while investors looked for signs of progress in a Brexit trade deal with the two-day European Union summit set to kick off later in the day.

Swiss drugmaker Roche (S:ROG) shed 1.9% even as it posted record revenue in its diagnostics division that offset declining drug sales and kept it on track to meet its full-year 2020 targets.