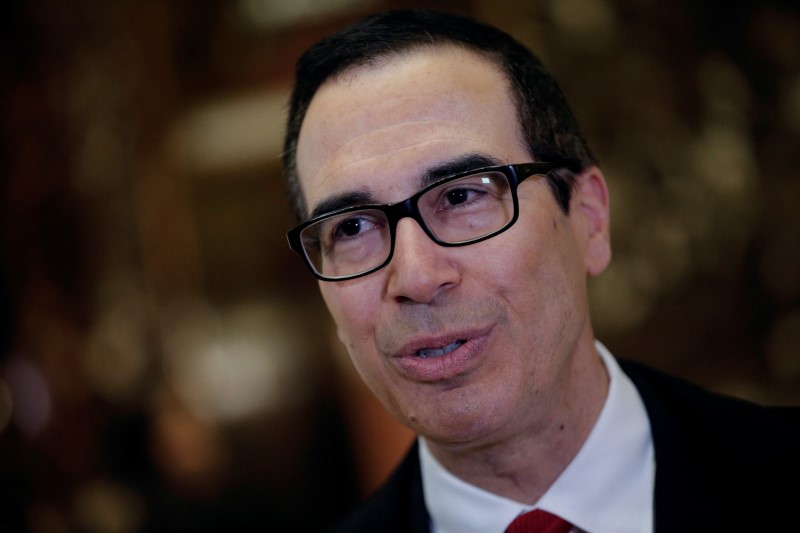 Mnuchin said it would be “would be difficult” to reach a deal on the next round of coronavirus stimulus with U.S. House Speaker Nancy Pelosi before the Nov. 3rd election, denting hopes for fiscal aid for Americans, small business, and airlines.

The stalled progress on talks come as the White House’s improved $1.8 trillion stimulus proposal was deemed insufficient by Pelosi, while Senate Republicans were uneasy about the size of the deal.

Some sectors of market tied to the progress of the economy, however, sidestepped the market malaise, with materials and industrials trading above the flatline.

Tech also contributed to the selloff as the Fab 5 stocks trading the red.

Amazon.com (NASDAQ:AMZN) fell more than 2%, while Facebook (NASDAQ:FB), Alphabet (NASDAQ:GOOGL) Microsoft (NASDAQ:MSFT), and Apple (NASDAQ:AAPL), which collectively make up a quarter of the weighting of the S&P 500, were also lower.

Apple’s losses extend from a day earlier when the tech giant unveiled its new slate of iPhones. Some analysts said iPhone sales are likely to only gather pace in at the start of next year amid delays in shipping.

“We anticipate sustained double-digit growth for all hardware products except iPhones during Q4/F20 due to a slight delay in shipping new iPhones in addition to difficult comps in the year-ago period,” Canaccord Genuity said in a note. “Starting in the first quarter of 2021, we believe Apple is well-positioned to benefit from the 5G upgrade cycle and anticipate strong iPhone growth…”

The quarterly earnings season gathered pace, meanwhile, with Wall Street banks in the spotlight for the second day in a row.

UnitedHealth Group (NYSE:UNH) fell 2% even as it reported better-than-expected second-quarter earnings of $3.51 a share on revenue of $65.12 billion.

Energy, meanwhile, backed the broader trend lower on firmer oil prices even as crude demand concerns continue to linger, a day ahead of the U.S. weekly petroleum report.

In other news, AMC Entertainment Holdings Inc (NYSE:AMC) fell 17% after Bloomberg News reported the cash-strapped was mulling its options, including a potential bankruptcy filing.