Home
Market
U.S. airlines strap in for bailout suspense a day before furloughs
Prev Article Next Article
This post was originally published on this sitehttps://i-invdn-com.akamaized.net/trkd-images/LYNXMPEG8T0EP_L.jpg 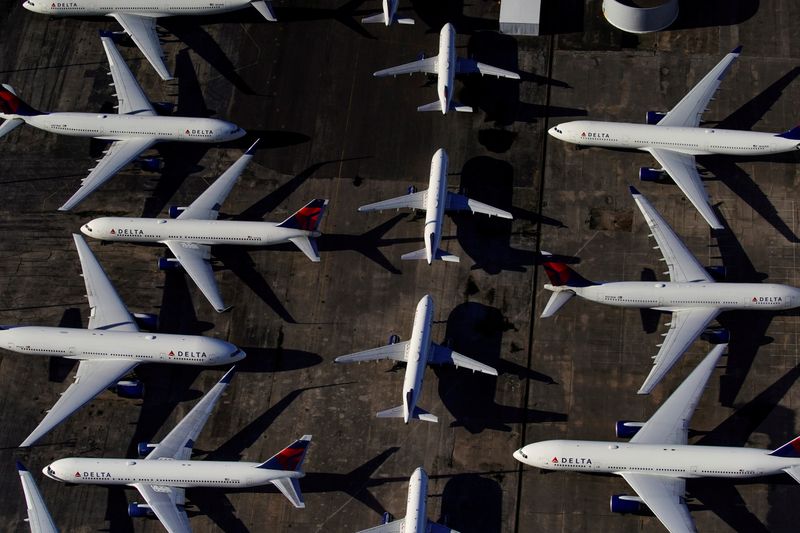 CHICAGO/WASHINGTON (Reuters) – A day before mass furloughs, U.S. airline workers said they were gearing up for a full-court press to persuade Congress to pass a fresh $25 billion bailout that would protect jobs for another six months.

With an airline payroll support package expiring at midnight, the clock is ticking.

“It’s pedal to the metal until 11:59:59 on Sept. 30, and then some,” said Amanda Steinbrunn, a United Airlines (O:UAL) flight attendant who is among tens of thousands of airline workers to be furloughed beginning Thursday, if there’s no action by Congress.

U.S. House Speaker Nancy Pelosi has said she hopes to have a coronavirus aid deal with the White House this week, but the prospects of a comprehensive bill passing before Thursday were dim, industry officials said, and a quicker standalone bill for airlines would face the challenge of unanimous support.

Weeks of intense airline lobbying has won over many but not all Washington lawmakers, while also drawing attention to the plight of other pandemic-hit industries as the crisis persists.

U.S. airline officials said earlier this week there were no plans in place to halt the furloughs without aid by Oct. 1, and it was unclear what would happen if a deal passes afterwards.

Thousands of employees have already been instructed to return their badges.

Airlines, which were also awarded a separate $25 billion in federal loans under a first coronavirus relief bill in March and have also tapped capital markets to shore up liquidity, are operating about half their 2019 flying schedules and suffering a 68% decline in passenger volumes.

The industry has argued it needs trained employees to help drive an economic recovery once the crisis subsides.

“I’ve poured every ounce of my energy into passing this extension,” she said.