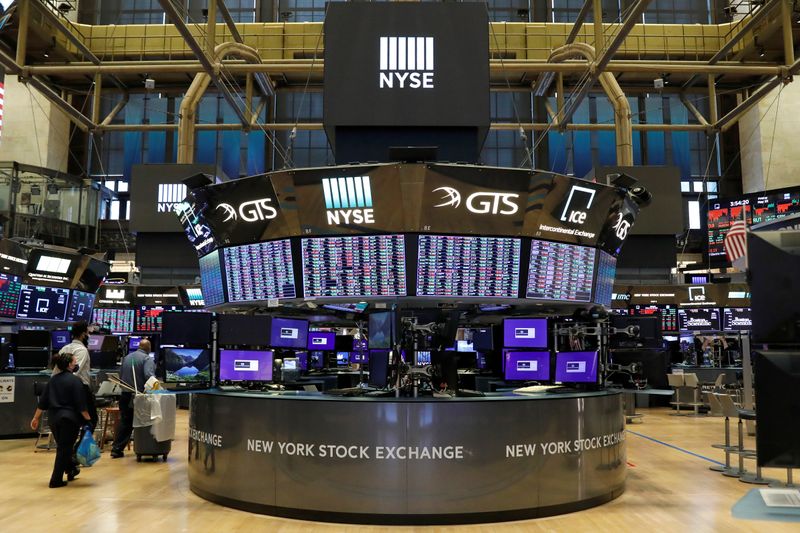 (Reuters) – U.S. stock index futures rose on Monday as hopes of a global economic recovery were supported by data showing continued growth in China’s industrial profits, while beaten down shares of banking and travel firms bounced.

American Airlines Group Inc said it has secured a $5.5 billion Treasury loan and could tap up to $2 billion more in October depending on the allocation of extra funds under a $25 billion loan package for airlines.

Optimism spilled over from Asian trading hours after data over the weekend showed profits at China’s industrial firms grew for the fourth straight month in August.

Wall Street’s main indexes ended higher on Friday, helped by technology stocks, but the Dow Jones and the S&P 500 indexes posted their longest weekly losing streaks in a year on fears of a slowing pace of economic growth.

Worries over rising coronavirus cases and waning hopes of more fiscal stimulus have led to a spike in market volatility in the past few weeks, and analysts expect trading to remain choppy in the run up to the Nov. 3 presidential election.

The CBOE Volatility index, also known as Wall Street’s fear gauge, spiked to its highest in nearly two weeks last Monday, with analysts warning of further upside to the index heading toward the end of the quarter.

Boeing (NYSE:BA) shares rose 2.5% after the FAA Chief Steve Dickson said the agency is set to conduct a 737 MAX evaluation flight this week, a key milestone as the planemaker aims for approval to resume flight.