Home
Market
Time to Buy Cruise Lines as Risks Priced In: Barclays
Prev Article Next Article
This post was originally published on this sitehttps://i-invdn-com.akamaized.net/news/LYNXNPEC2L0VS_M.jpg 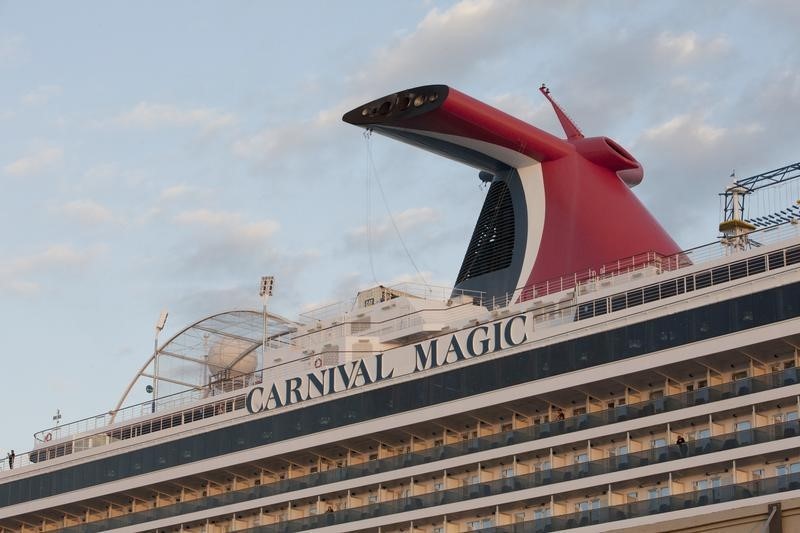 Investing.com — Buy cruise lines. No, really. That’s according to Barclays (LON:BARC), which said that even if the companies keep pushing back a return to sailing, that’s no deterrent.

Analyst Felicia Hendrix upgraded the bank’s outlook on the sector, citing a return to the seas in Germany and Italy without incident, and booking data for all of the companies showing pent-up demand. Near-term ship deliveries are being delayed, and that will allow “the industry to recover over the next several years against a slower supply growth backdrop,” the analyst wrote, according to StreetInsider.

Carnival (NYSE:CUK), Royal Caribbean (NYSE:RCL) and Norwegian got bumped to overweight from equal weight, and shares were rising 4.7%, 4.4% and 8.75%, respectively.

The analyst says Covid-19 testing has become more pervasive and vaccine-related news is mostly positive. The worst in over, she said.

Cruise lines stopped sailing in March as the world shut down to prevent the spread of the coronavirus, which is very much still with us. There is no vaccine, and second waves are popping up in Europe. There are reports of a more contagious strain of the virus. The U.S. hit 7 million cases this week.

Even if the Centers for Disease Control extends the no-sail date in the U.S., it should have positive comments and could signal a near-term return to cruising, which could be a catalyst for shares, Hendrix said.

By 2022, the companies will be operating full fleets, and Hendrix as a result bumped profit estimates for that year and the following above consensus.

Risks are high, but so are potential rewards, Hendrix said.

“We believe current stock prices largely reflect these risks, while the upside is significant,” she wrote.