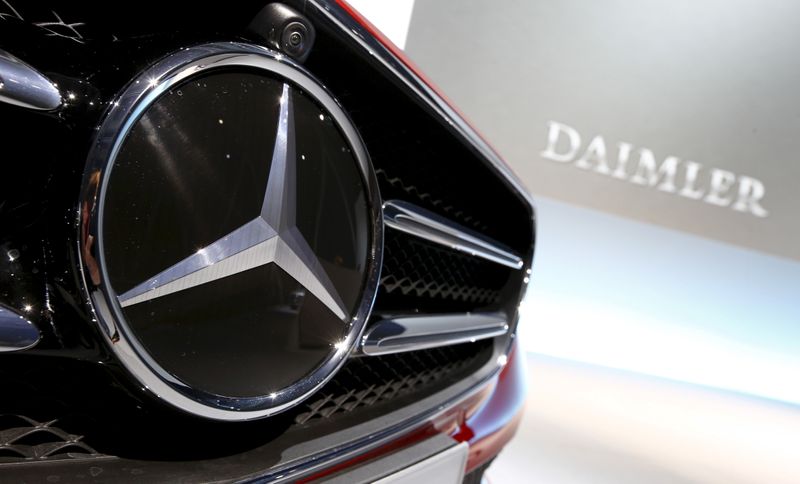 WASHINGTON (Reuters) – U.S. and California officials will on Monday disclose the terms of Daimler AG (DE:DAIGn)’s $1.5 billion settlement to resolve a long-running government investigation into its use of software to cheat diesel emissions tests, four people briefed on the matter told Reuters.

The German automaker and parent of Mercedes-Benz disclosed on Aug. 13 it had reached a settlement in principle resolving civil and environmental claims tied to 250,000 U.S. diesel cars and vans.

Daimler (OTC:DDAIF) said in August expected costs of settlements with U.S. authorities would total $1.5 billion, settling with owners will cost about $700 million and also disclosed “further expenses of a mid three-digit-million EUR (euro) amount to fulfill requirements of the settlements.”

The U.S. Justice Department, Environmental Protection Agency and California Air Resources Board (CARB) will unveil details of the settlements Monday that will require Daimler to address the vehicles’ excess emissions as part of binding consent decrees that must be approved by a U.S. judge.

The settlement includes one of the highest civil penalties ever levied under the Clean Air Act, sources said, and will label Daimler’s diesel software “defeat devices” used to evade emissions tests.

It will also include a separate Customs and Border Protection civil penalty to resolve allegations of illegally importing noncompliant vehicles.

Daimler and the EPA declined to comment, but the automaker said last month the proposed settlements are an “important step towards legal certainty” in the U.S. states.

Diesel vehicles have come under scrutiny in the United States since Volkswagen AG (DE:VOWG_p) admitted in September 2015 to installing secret software on 580,000 U.S. vehicles that allowed them to emit up to 40 times legally allowable emissions.

CARB spokesman Stanley Young said on Sunday extensive testing of Daimler vehicles by California showed vehicle software detected “whether or not the test cycle was in operation or whether it was on the road” to evade emissions requirements.

“The emissions system did not operate as advertised,” Young said.

The lengthy investigation was in part to address “what was the fix going to be,” Young added.

In September 2019, Daimler in Germany agreed to pay a fine of 870 million euros ($1 billion) for breaking diesel emissions regulations.

Fiat Chrysler Automobiles NV in 2019 reached a settlement worth about $800 million to resolve claims by regulators and owners that it used illegal software that produced false results on diesel-emissions tests.

Fiat Chrysler said in July it was in talks to resolve an ongoing Justice Department criminal probe.