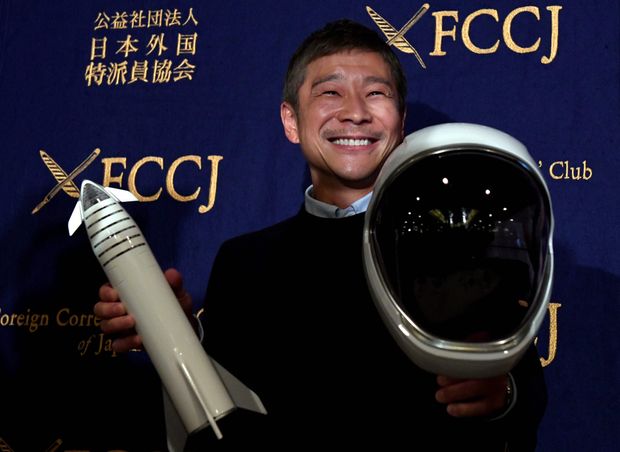 From giving away free money to searching for a female space-travel partner, Japanese billionaire Yusaku Maezawa has proven rather savvy when it comes to drawing attention on the internet.

When it comes to playing the stock market, not so much.

Maezawa, who sold his online fashion business Zozo to SoftBank SFTBY, -7.37% for $900 million in November, took to Twitter TWTR, -2.05% over the weekend to share his “deep regrets” on his ill-fated foray into daytrading with his 10.2 million followers.

“I was blinded by the virus-driven market swings and lost 4.4 billion yen through repeated short-term trading of stocks, something I haven’t familiarized myself with,” he said, according to a translation of this tweet by Bloomberg News. “With 4.4 billion yen, how many people could the money have been given out to and saved? There’s no end to this regret”:

So, he lost some $41 million. Not a huge blow for a guy with a reported net worth of $2.2 billion, but still, for Maezawa, who’s probably accustomed to winning, this one clearly left a mark.

Meanwhile, any trader buying up stocks lately can surely relate to the feeling, considering how the market, especially the technology sector, has performed in recent sessions.