Home
Market
Dow in Biggest Slump Since June as Tech Bulls Scatter on Volatility Spike
Prev Article Next Article
This post was originally published on this sitehttps://i-invdn-com.akamaized.net/news/LYNXNPEB7O0U1_M.jpg 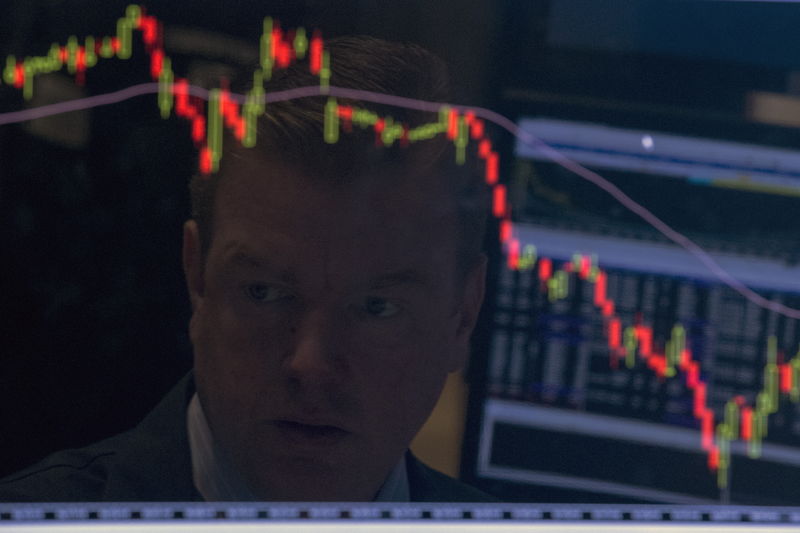 Investing.com – The Dow closed sharply lower on Thursday as big tech stocks fell out of favor amid a jump in volatility and mixed economic data ahead of the key jobs report due Friday.

A sea of red of washed over mega-cap tech stalwarts forcing traders to pull their bullish bets and reassess whether the recent run-up in the market was too much, too soon.

Apple (NASDAQ:AAPL) fell about 8% to lead the move lower in the Fab 5 stocks, with Microsoft (NASDAQ:MSFT), Amazon.com (NASDAQ:AMZN), Facebook (NASDAQ:FB) and Alphabet (NASDAQ:GOOGL) ending the day deep in the red.

Sentiment on Google-parent Alphabet was further soured on reports that federal prosecutors could file an antitrust case against the tech giant as soon as this month.

A sharp rise in volatility also rattled investors, with the CBOE Volatility Index, the so-called fear index, surging 25% to a nearly two-month high.

Energy joined the selloff late as oil prices struggled amid ongoing concerns over the strength of crude demand.

Better-than-expected jobs data and softer services growth did little to improve sentiment on the economic recovery a day ahead of the release of August’s nonfarm payrolls report.

The ISM non-manufacturing index slowed to a reading of 56.9 last month, from 58.1 in July, missing economists’ forecasts for a reading of 57.

“The August ISM Non-Manufacturing report showed a modest decline to 56.9 from 58.1. Technically, this is the lowest level since the index began to improve coming out of the COVID-induced lockdowns in the Spring, but 56.9 is still a very strong outright reading,” Jefferies (NYSE:JEF) said.

The U.S. Department of Labor reported Thursday that initial jobless claims fell to 881,000 in the week ended Aug. 28, beating forecasts of 950,000.