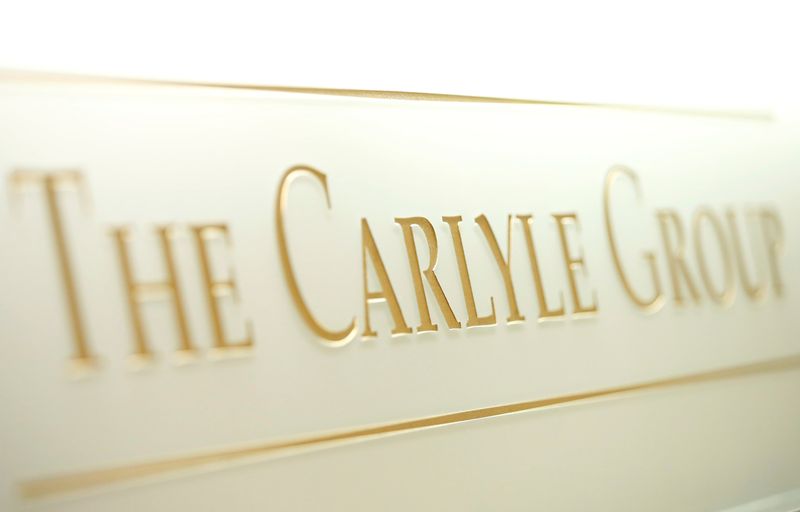 Carlyle said distributable earnings (DE) – the cash available for paying dividends – fell to $198.4 million from $213.4 million a year earlier. This translated to DE per share of 53 cents, which significantly surpassed the Wall Street consensus average of 36 cents, according to data from Refinitiv.

Like other private equity firms, Carlyle saw a rebound in the value of many of its funds, as U.S. stock markets rallied during the second quarter from a widespread selloff in March that was driven by investor fears over the COVID-19 pandemic.

The Washington, D.C.-based company said its corporate private equity funds appreciated by 13% in the quarter, while credit funds rose by 8%. Its real estate funds and natural resources funds rose by 2% and 3% respectively.

By comparison, Blackstone (NYSE:BX) said its private equity portfolio grew 12.8% in the second quarter, with opportunistic and core real estate funds rising by 1.6% and 3%, respectively.

Under generally accepted accounting principles (GAAP), Carlyle reported a profit of $145.9 million, up from a $612 million loss in the first quarter, driven by the appreciation of its funds.

“Our outlook remains appropriately prudent given an uncertain economic backdrop, though we continue to be active and well positioned to find attractive investment opportunities around the world,” Carlyle Co-CEO Kewsong Lee said in a statement.

Carlyle said its total assets under management was $221 billion at the end of June, up from $217 billion in the prior quarter.

Carlyle declared a quarterly dividend of 25 cents per share.