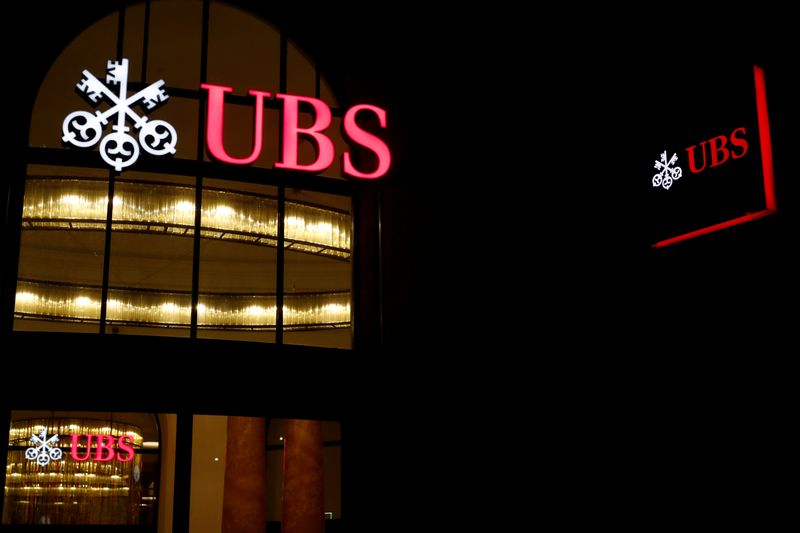 HONG KONG (Reuters) – UBS, long the dominant bank in Australian equities markets, has closed this half-year outside the top three for the first time in 15 years, even as a rush of coronavirus-related share sales have generated bumper investment banking fees.

Its slide to fourth place in the equity capital markets (ECM) league table has been attributed by rivals to the departure of a number of senior bankers from the Australian operations, which have opened the way for rivals to target mandates traditionally dominated by UBS (S:UBSG).

Such is the Swiss bank’s dominance in Australia, it has only finished the year off the ECM top spot once in the past 15 years.

The unit has long been considered a key strength for UBS’s broader business and privately acknowledged as such by senior regional executives – an importance demonstrated by a 2012 agreement https://au.investing.com/news/stock-market-news/update-1ubs-head-in-australianz-matthew-grounds-to-leave-bank-at-year-end-1906456 to further extend a protected bonus pool for its top rainmakers that was set up in 2008.

Key among the recent departures was that of chief executive Matthew Grounds, once touted by billionaire James Packer as a “rock star” banker, who retired last year as did his deputy Guy Fowler.

Other senior exits include capital markets boss Robbie Vanderzeil, who left last month to join Jarden, a boutique investment bank where he will also be joined by UBS’s former co-head of investment banking Aidan Allen.

ECM is a highly competitive business around the world, prized for the fees its generates and the close relationship it can build with clients, who often need the funds in difficult circumstances.

“ECM remains the most profitable capital markets business ahead of DCM and M&A,” said Alex Owen, analyst at banking data provider Coalition. “Its driven by better fees and secondary market activity, while the allocation of sector specialists and research, and low margins associated with bond underwriting, impact the profitability of M&A and (debt capital markets) respectively.”

Australia’s equity markets have seen the busiest start to the year since the global financial crisis with companies so far raising $18.48 billion via share sales, according to Refinitiv data, as firms sought to shore up balance sheets to help weather the economic hit from the COVID-19 pandemic.

That level is more than double the same time in 2019 and the highest since 2009, when $25 billion was raised in the first half, the data showed.

Goldman Sachs Australia chief executive Simon Rothery said the U.S bank had set the target two years ago to increase its share of the domestic ECM in Australia and compete more aggressively.

“ECM has been a major focus for us,” Rothery said.

“We have been at the top of the M&A league table for a decade and the ECM fee pool is just as large, so we made it a strategic goal to move to a number one or two position in ECM in Australia.”