Home
Stocks
The Ratings Game: Dell, VMware stocks rally as resolution to ownership ‘soap opera’ gets a new teaser trailer
Prev Article Next Article
This post was originally published on this site 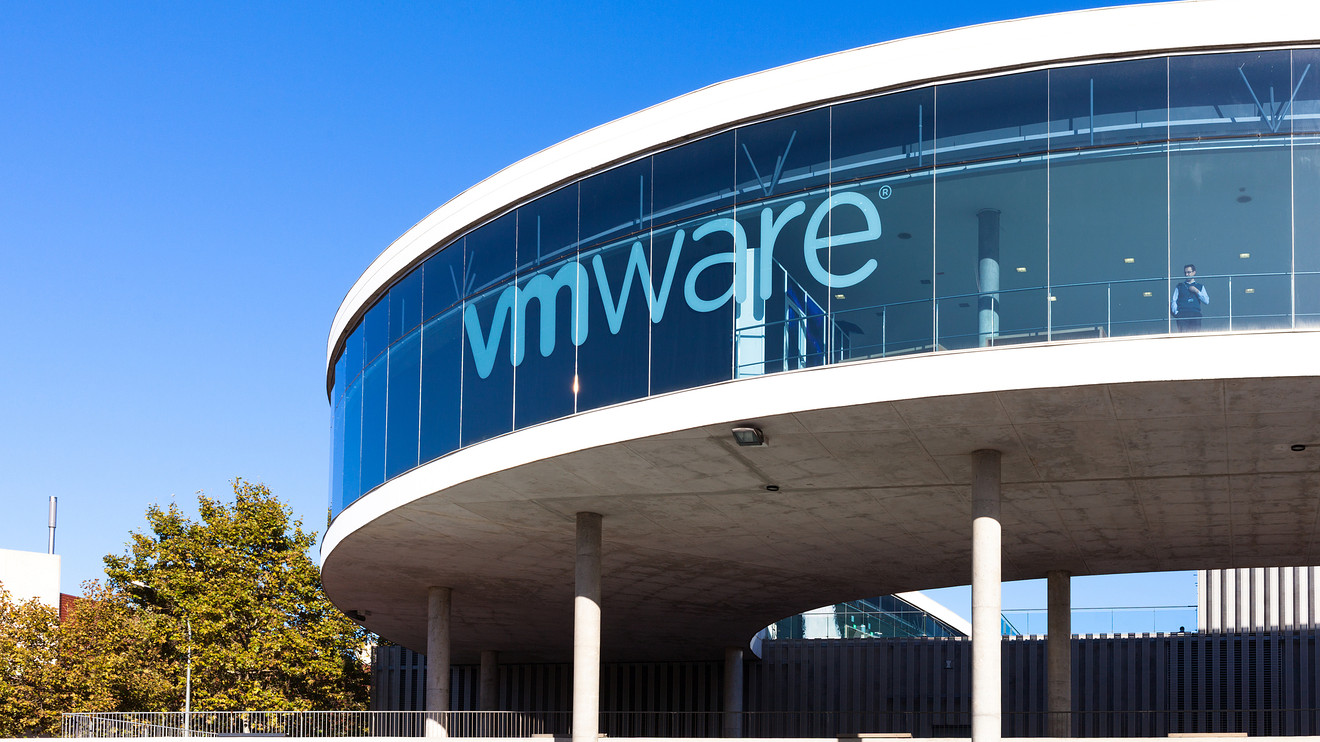 Shares of Dell Technologies Inc. and VMware Inc. stood out like tiny green islands in a sea of red Wednesday as analysts chimed in on the seemingly neverending ownership “soap opera” between the two companies following a report that a strategic shakeup was in the works.

Late Tuesday, shares of Dell DELL, +8.34% and VMware VMW, +2.34% started rallying in the extended session following a report by the Wall Street Journal that Dell was actively considering strategic options for its 81% stake in VMware, which it gained in its 2016 acquisition of EMC Corp. for $67 billion. VMware provides cloud computing and virtualization software and services. Those options range from a spinoff of VMware to just acquiring the rest of the company outright.

The desire, or hope, of some other arrangement between Dell and VMware that would give investors more of a sense of closure is not new. Back in 2018, there were rumors of a reverse merger where VMware would acquire Dell.

Tuesday’s report, however, was enough for Stifel analyst Brad Reback to upgrade VMware to a buy from a hold and hike his price target on the stock to $196 from $166.

“We have long believed Dell would ultimately buy-in the ~19% (~$12.5B) of VMware that it does not own in order to gain full control over VMware’s substantial [free cash flow] of about $4B annually and still expect this to be the ultimate outcome,” Reback said.

A spin-off of VMware, on the other hand, would make less sense, Reback said, “given the secular headwinds that Dell’s core hardware business faces.”

Reback, along with several other analysts, were also quick to point out a stipulation in the report that a tax-free spinoff of VMware wouldn’t be possible until September 2021, or the five-year anniversary of Dell’s acquisition of EMC.

Wedbush analyst Daniel Ives, who has an outperform rating on VMware and a $175 price target, questioned whether the talks could be “another head fake for investors” in the “Dell/VMware soap opera,” but made an argument for the spin-off.

“The likely path in our opinion, and the one most appetizing to investors, would be a tax-free spinoff for this stake which is worth roughly $50 billion,” Ives said. “The Dell ownership structure has been an albatross around the VMware story and ultimately causes the stock to trade at a discount, a dynamic that would be removed if Dell (and its board) ultimately decided to head down this path.”

Ives estimates that if Dell divested its VMware stake “this would add $15 to $20 per share right out of the gates,” but that it is “too early to pop the champagne yet, as we have seen many twists and turns in this strategic relationship which could potentially end with no changes to the structure at all.”

Mizuho analyst Gregg Moskowitz, who has a neutral rating on VMware and a $152 price target, said the prospect of Dell and VMware becoming more “traditional” in their relationship would be welcome by many investors.

“However, this review is reportedly at a very early stage and may not result in a desired outcome for VMW holders; as such, we believe that investors should approach this news with some caution,” Moskowitz said.

The Mizuho analyst said he was surprised by the magnitude of the share moves given all the unknowns, but the best outcome for VMware shareholders would be an outright sale of VMware to another company, although “the list of potential interested buyers is very short.”

Jefferies analyst Brent Thill, who has a hold rating on VMware and a $160 price target, said a partial or full divestiture of VMware by Dell is the “most likely outcome.”

With a partial divestiture of about half its stake, Dell would be able to pay down a considerable amount of debt and save about $1 billion a year in servicing costs, Thill said. Selling the whole stake would not only double that savings but leave Dell with about $6 billion to $7 billion in net cash “to pursue M&A of complementary software assets,” he said.

Of the 28 analysts who cover VMware, 19 have buy or overweight ratings, eight have hold ratings, and one has a sell rating, along with an average price target of $172.17, according to FactSet data.

Of the 19 analysts who cover Dell, nine have buy or overweight ratings, and 10 have hold ratings, along with an average price target of $54.06.