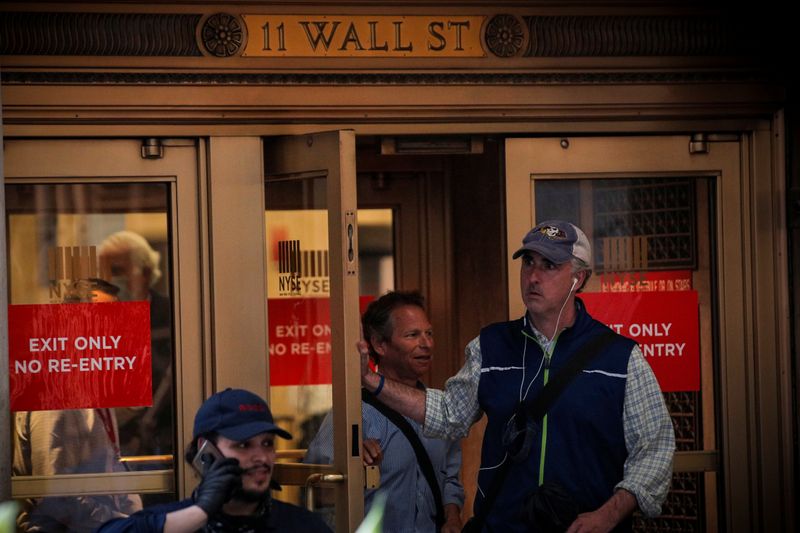 Washington state made face masks mandatory in public places, while many other U.S. states saw record cases, including Arizona and Texas, where restrictions meant to slow its spread were lifted early.

The top U.S. infectious disease official said the next two weeks could be critical in containing the outbreak.

Shares of U.S. lenders, which tend to outperform when the outlook for the economy improves, also slipped. Bank of America Corp (NYSE:BAC), Citigroup Inc (NYSE:C) and Goldman Sachs (NYSE:GS) fell between 1.5% and 2.6%.

A slate of better-than-expected economic data and massive stimulus measures have powered the Nasdaq to a record level and put the benchmark S&P 500 on track for its best quarterly performance since 1975.

The S&P 500 and Dow Jones Industrials are just about 7% and 11.5% from their respective February record closing highs.