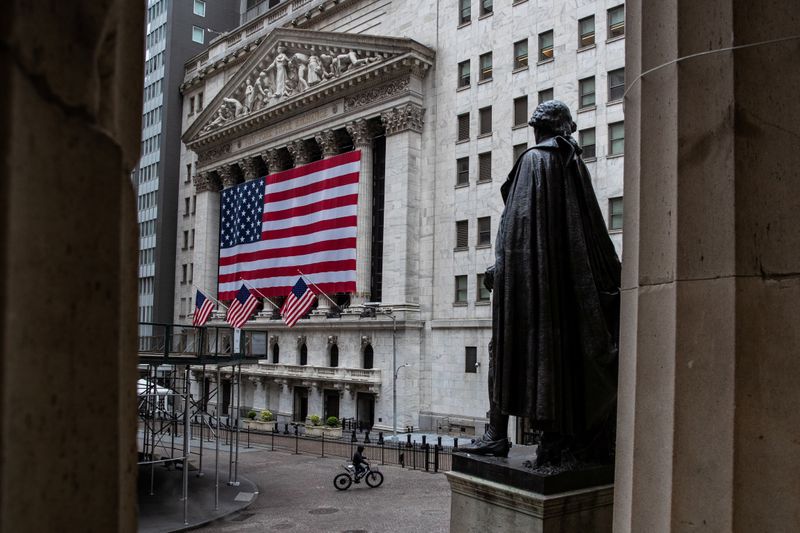 (Reuters) – U.S. stock index futures ticked higher on Tuesday as China’s move to waive off tariffs on some U.S imports added to hopes that the easing of virus-led business shutdowns would help jump-start a battered global economy.

China announced a new list of 79 U.S. products including ores of rare earth metals, gold ores and silver ores for waivers from retaliatory tariffs, amid continued pressure on Beijing to boost imports from the United States.

Optimism about a recovery in business activity has helped the S&P 500 climb about 34% from the lows of a pandemic-driven selloff in March, with investors looking past growing evidence of the severe economic hit from the sweeping lockdowns.

The benchmark index is still about 13% below its February all-time high.

The S&P 500 ended a choppy session marginally higher on Monday as hopes of an economic rebound overshadowed worries over spikes in new coronavirus infections in countries such as South Korea and Germany.

Among individual stocks, Simon Property Group Inc (NYSE:SPG) rose 5.3% in premarket trade on Tuesday as the biggest U.S. mall operator said it would have about half of its more than 200 retail properties in the country open within the next week.

The first-quarter earnings season is nearing its end with about 440 of the S&P 500 companies reporting results so far. On average, earnings are down 12.1% during the quarter, according to Refinitiv data.

Data at 8:30 a.m. ET is expected to show the impact of lockdowns on U.S. consumer prices last month. The focus for this week is the retail report for April due on Friday.

With bets rising of negative interest rates in the United States, investors will pay close attention to Federal Reserve Chairman Jerome Powell for his outlook on the economy at a webcast event on Wednesday.