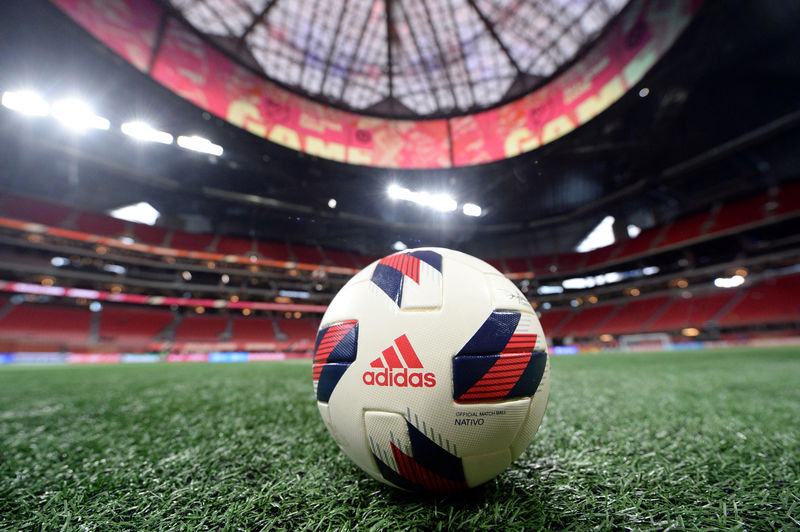 Investing.com — Sportswear company Adidas (DE:) fell to the bottom of the German on Wednesday after revealing the scale of the impact it’s facing from the coronavirus.

In what’s becoming a pattern, the company was unable to say how badly it expected this year’s business to be hurt by an outbreak. And understandably so, given that the European soccer championships and the summer Olympic games – both of which traditionally give a significant boost to sales – may be disrupted by the disease.

Adidas stock fell 6.0% at opening, before recovering to be down only 5.2% by 4:15 AM ET (0915 GMT). The DAX was up 1.9% in line with other European markets as the Bank of England’s emergency rate cut and loosening of prudential policy strengthened belief in a coordinated global policy response to the economic impact of the crisis. The and U.K. were up 1.2%.

As with Apple (NASDAQ:), another company that was unable to say how bad things would get in the first quarter, Adidas has a two-fold problem: China, where the outbreak began and which implemented the most drastic quarantining measures to stop the disease, is both a major market and a key part of its supply chain.

Sales in Greater China were down by anything between 800 million and 1 billion euros from a year earlier in the first two months of the year, the company said in an update on Wednesday. That alone translates into a hit of between 400 million and 500 million euros on operating profit.

“In addition, the company has started to observe traffic declines with a corresponding negative business impact in Japan and South Korea,” it added, without providing further details.

That is causing some big problems in inventory management, raising the risks of discounting later in the year. The company said it canceled all shipments in February and faces “a significant amount of product takebacks, which the company plans to clear through its own channels throughout the remainder of the year.”

On the plus side, Adidas said most of its factories in China are operational again and added that its global sourcing activities have not been hit yet.

Adidas’ stock was arguably riding for a fall, after rising relentlessly over the last year in the face of economic slowdowns in both China and Europe, its most important market. Even after falling by one-third from its January peak, the shares are still not cheap at 24.7 times trailing earnings, although a strong secular outlook for sportswear, a powerful brand and one of the continent’s most respected CEOs in Kasper Rorsted all argue for a premium valuation.

Rorsted told Bloomberg TV with refreshing honesty that he doesn’t expect sports gear to be at the top of people’s priorities as they emerge from quarantine, and that, as such, he expects the recovery to take “some time.”

The company said Wednesday it delivered a 6% rise in currency-adjusted sales and a 12% increase in net profit in 2019. Its baseline expectation for this year – not factoring in Covid-19 is a sales increase of between 6% and 8%.  The stock has now priced in a sizeable uncertainty discount. If the world can get the virus under control in time for the key summer sports events, this may represent a rare opportunity to get exposure at an acceptable price.