Home
Market
Insurers could lose billions if coronavirus prompts Olympics cancelation
Prev Article Next Article
This post was originally published on this sitehttps://i-invdn-com.akamaized.net/news/fa8a2f803ea2ddf92359d55091dcde0a_M.jpg 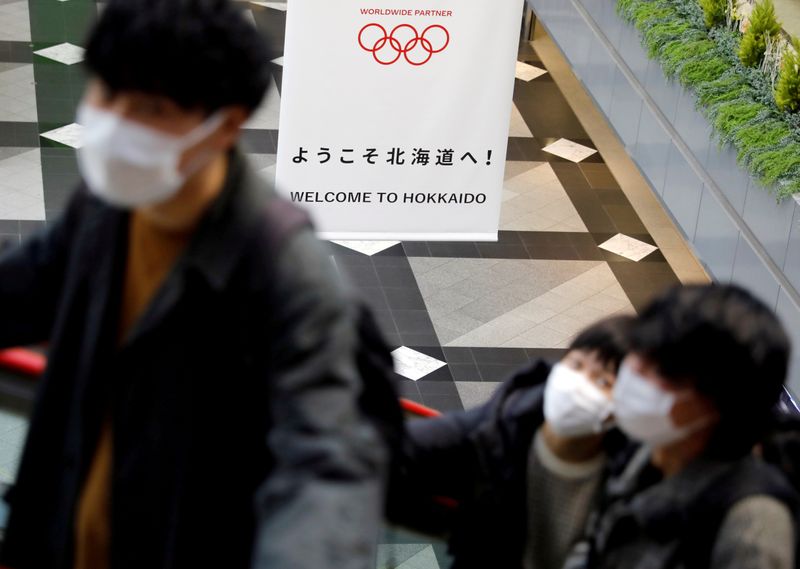 LONDON (Reuters) – Global insurers face a hefty bill if the coronavirus forces the cancellation of the Summer Olympics in Tokyo, with estimates of the cost of insuring the sporting showpiece running into billions of dollars.

Japan has more than 200 cases of coronavirus, which has infected more than 80,000 people worldwide and killed around 2,800, mostly in China.

Prime Minister Shinzo Abe’s government has ordered numerous sporting events canceled as it tries to contain the epidemic, but has pledged the Olympics, in which Japan has invested some $12 billion, will go ahead as planned from July 24.

But fears persist that the Games may be postponed, moved or even called off, a decision International Olympic Committee (IOC) member Dick Pound was reported this week as saying would need to be taken by May.

Potential losses from cancelling an event will generally be higher the later a decision is made, said Adrian Thomas, a director at insurance broker Aon (NYSE:).

IOC President Thomas Bach said on Thursday the Committee is “fully committed” to the Tokyo Games.

The IOC takes out around $800 million of protection for each Summer Games, which covers most of the roughly $1 billion investment it makes in each host city. Insurance sources estimated it would pay a premium of about 2-3%, giving a bill of up to $24 million to insure the Tokyo event.

The policy will cover for setbacks ranging from war to natural disasters.

Allianz has agreed with the IOC to insure the Olympics from 2021 to 2028 but its CEO said last week the German insurance giant had no exposure to the Tokyo Games.

Munich Re board member Torsten Jeworrek said on Friday it was a provider of cancellation insurance for Tokyo, for an amount in the hundreds of millions of euros.

He would not say whether the figure was more or less than its 250 million euro exposure to the 2018 Winter Olympics or if the policy covered coronavirus, citing confidentiality.

Jefferies analysts estimate the insured cost of the 2020 Olympics at $2 billion, including TV rights and sponsorship, plus $600 million for hospitality.

Insurance sources say policies for most major sporting events are underwritten by Lloyd’s of London or the broader London commercial insurance market.

Lloyd’s insurer Beazley said in an infographic that event cancellation insurance for the 2014 and 2018 soccer World Cups covered potential losses of $1.25-1.5 billion.

Beazley and Tokio Marine Kiln (TMK) are among Lloyd’s insurers to have insured or reinsured the Olympics in the past.