Home
Market
Walmart in talks with third parties over investment in UK arm Asda
Prev Article Next Article
This post was originally published on this sitehttps://i-invdn-com.akamaized.net/trkd-images/LYNXNPEG1P1OJ_L.jpg 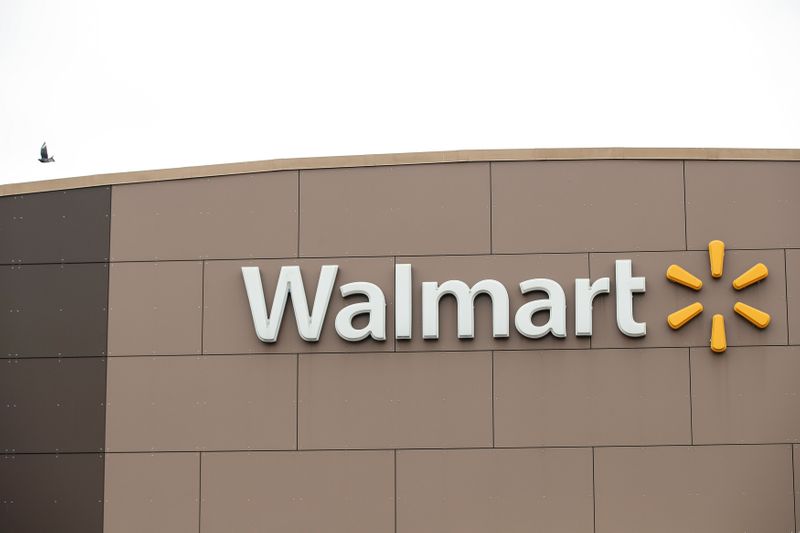 © Reuters. Walmart’s logo is seen outside one of the stores in Chicago

LONDON (Reuters) – Walmart (N:), the world’s largest retailer, is in talks with third parties regarding a possible investment in Asda, its UK supermarket arm that it tried, and failed, to merge with rival Sainsbury’s (L:) last year.

It said in a statement on Wednesday the talks followed “inbound interest”.

“Walmart and Asda can confirm that we are currently considering whether there is an opportunity for a third party to invest in Asda, alongside Walmart, in order to support and accelerate the delivery of Asda’s strategy and position Asda for long term success,” they said, adding that “no decisions have been made.”

They said the interested parties share Walmart and Asda’s commitment to growing the UK business, which trails market leader Tesco (L:) and No. 2 Sainsbury’s.

With the Sainsbury’s deal thwarted, Walmart, which purchased Asda for 6.7 billion pounds ($8.7 billion) in 1999, said last year it was considering a separate stock market listing for the firm.

Walmart said on Wednesday it believes an IPO remains an attractive long-term objective for Asda.

“Asda is a great business with a clear strategy for the future and Walmart is committed to ensuring it has the resources and support it needs to deliver that strategy,” Walmart said.