Home
Market
Jet market oracle Tinseth bows out with Boeing at crossroads
Prev Article Next Article
This post was originally published on this sitehttps://i-invdn-com.akamaized.net/trkd-images/LYNXMPEG1C134_L.jpg 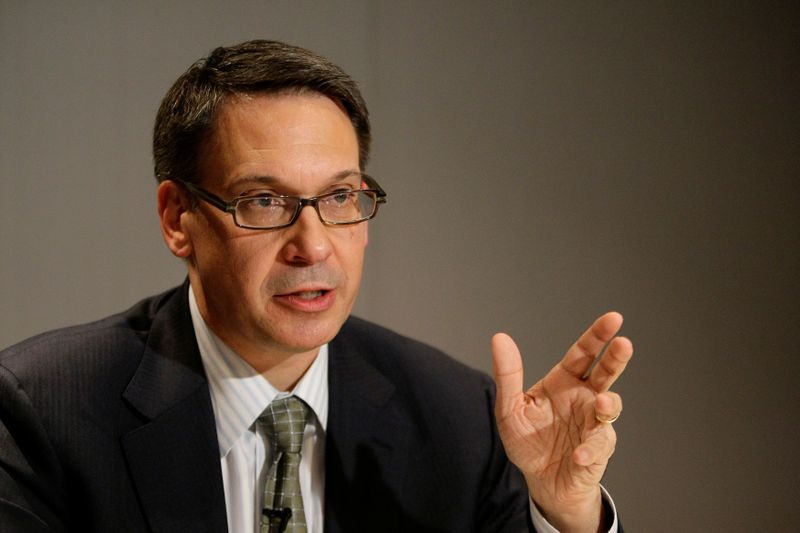 By Tim Hepher and Jamie Freed

SINGAPORE (Reuters) – Years ago, when Randy Tinseth was still running Boeing’s sales account for United Airlines, the plane company’s designers pulled him aside.

“They called me in and said we want to show United this interesting product and we can’t tell you about it until we get there,” Tinseth recalled. “We get to United and this dented silver case comes off the conveyer belt for bags and … I don’t even know what is in it.”

Out came the model of a futuristic, high-speed airliner called Sonic Cruiser.

But the plane never made it off the ground, as airlines in the early 2000s put more emphasis on efficiency than speed. The company quickly shifted to the high-tech but more conventional 787 Dreamliner – so quickly that rival Airbus suggested the Sonic Cruiser was just a bluff.

Tinseth, who recently told colleagues he plans to retire after 38 years at Boeing (NYSE:), said he had plenty of such stories about rollercoaster bets in an often-volatile industry.

“I remember it was a couple years of talking about (the Sonic Cruiser) and then it turned into the 7E7 and the 787,” Tinseth said at the Singapore Airshow.

The 60-year-old Montana-born engineer has attended dozens of shows as one of the industry’s most influential forecasters. This week’s expo, thinly attended because of SARS-CoV-2 coronavirus fears, is his last before stepping down as Boeing’s vice president of marketing.

“In two days, you can get a sense of what is going on more than you ever could. This show is really about the virus without question, and it is about the MAX for us,” he said, referring to the 11-month-old grounding of Boeing’s best-selling model.

Eighteen years after the ambitious Sonic Cruiser project died, and in the midst of a crisis over the 737 MAX, which was involved in two high-profile fatal crashes, Boeing has shelved another mid-sized jet project for further study.

Whatever decisions Boeing takes now on mid-sized jets will shape its eventual path out of the MAX crisis, analysts say. So far, it has said abandoning the MAX and building a direct replacement is not an option.

Tinseth declined to be drawn into a discussion on the mid-sized airliner situation. “The dynamic has changed. I’ll leave it at that,” he said.

But he sees the trend towards lighter, nimble jets started by the 787 continuing. Such aircraft allow airlines to start new routes unavailable to thirstier, larger planes.

And it is a trend that has paid off for Boeing, which sold 1,485 Dreamliners. But lately it has been on the losing side of the same battle, as airlines rushed to buy the smaller Airbus A321XLR.

Tinseth began his career as a flight-test engineer on the aircraft the A321XLR and the potential Boeing mid-sized jet both aim to replace: the Boeing 757. With long wings and sporty engines, the out-of-production airliner remains his favourite Boeing model.

“When it takes off you feel the performance in the back of your neck,” he said.

He said his favourite aircraft by a competitor was Airbus’ strong-selling A350-900. But as usual in the jet marketing war, there was a sting in the tail.

“I think we have got a huge advantage, but it’s a good airplane, unless you are under 5 feet tall and can’t reach the bins,” Tinseth joked. Airbus says its A350 overhead bins are among the largest.

Tinseth said curbing emissions would be the industry’s main challenge of this century.

“There are innovations that I don’t know yet, but we will find a way as an industry to innovate to address that problem,” he said.

He poo-poohed as an old idea a “blended-wing body” airliner design Airbus presented this week, which Airbus says will greatly increase efficiency and reduce emissions.

The Singapore Airshow this week included a rare appearance of both U.S. and Chinese fighter aerial demonstrations at the same event. Combined with the coronavirus fears, it was a surreal atmosphere for many.

“It is kind of strange to go out on such a strange show but at the same time, it still probably makes this special,” Tinseth said. “I watched those airplanes flying today, the boom and the vroom.”