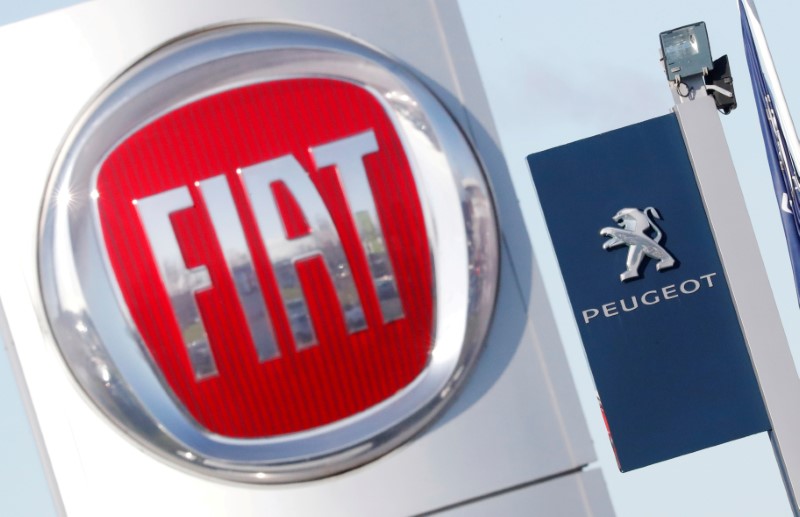 PARIS (Reuters) – The Peugeot family, which will own a 6.2% stake in the new carmaker resulting from PSA (PA:) and Fiat Chrysler’s (MI:) merger, aims to increase its holding as soon as possible, a representative said in a newspaper interview.

PSA and Fiat Chrysler reached a binding agreement last month on a $50 billion tie-up that will create the world’s No. 4 carmaker after the deal is completed in 12-15 months.

Under the terms of the deal, the Peugeot family can increase its shareholding by up to 2.5% only by acquiring shares from French state investment bank Bpifrance Participations and China’s Dongfeng Motors, which are both also PSA shareholders.

Asked by regional French newspaper L’Est Republicain if raising the stake was a major objective, Jean-Philippe Peugeot, who heads the family’s Etablissements Peugeot Freres holding company, replied that it was.

“There was a complex negotiation in order to obtain this possibility. It wasn’t necessarily a foregone conclusion. Once the merger is complete, my family will give favorable signals,” Peugeot told the newspaper.

A PSA spokesman told Reuters that Peugeot’s remarks were “in line with what had been indicated” when the deal signed. FCA declined to comment.

Peugeot also said that he expected the French state, represented through Bpifrance, to eventually exit the new company.

“I think that it is not meant to be there forever. It will undoubtedly remain long enough to make sure that (French) jobs are safe over time,” he said.

However, he added that it was unlikely that Dongfeng would totally sell out of the new group even though it plans to reduce its shares in PSA.

“Partially, perhaps, but I don’t think all of it. Sure, PSA’s business in China has not met our expectations, but for Dongfeng it’s a minor issue when you look at China’s long history,” he said.