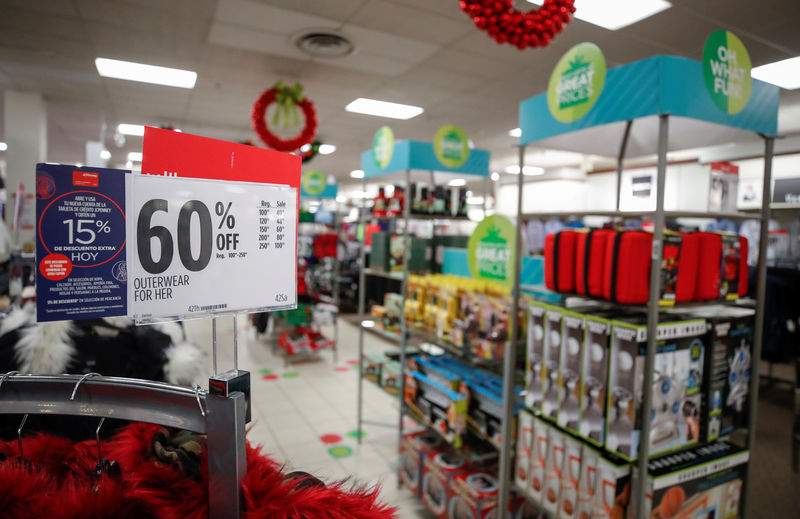 © Reuters. Merchandise is displayed at the J.C. Penney department store in North Riverside

(Reuters) – J.C. Penney Co Inc (N:) on Friday reported a smaller-than-expected quarterly loss, as the struggling retailer benefited from lower advertising expenses and an increase in margins, sending its shares up nearly 14%.

To appeal to today’s modern shopper, the 117-year-old retailer has partnered with resale clothing company thredUP and is also testing a new store to attract customers with everything from a yoga studio, a videogame lounge and lifestyle workshops.

The efforts are a part of Chief Executive Officer Jill Soltau’s strategy to turn around the business, after it faced years of falling sales in a changing retail landscape following Amazon.com Inc’s (O:) entry.

“We are beginning to see results – both in our numbers and how we operate as a business,” Soltau said in a statement on Friday.

Excluding one-time items, J.C. Penney reported a loss of 30 cents per share, smaller than the average analyst estimate of a loss of 55 cents.

The company also said it now expects its adjusted earnings before interest, tax, depreciation and amortization for the year to exceed $475 million, compared with its prior outlook of $440 million to $475 million.