Home
Market
China's Jingye Group in talks to buy British Steel
Prev Article Next Article
This post was originally published on this sitehttps://i-invdn-com.akamaized.net/trkd-images/LYNXMPEFAA0ZP_L.jpg 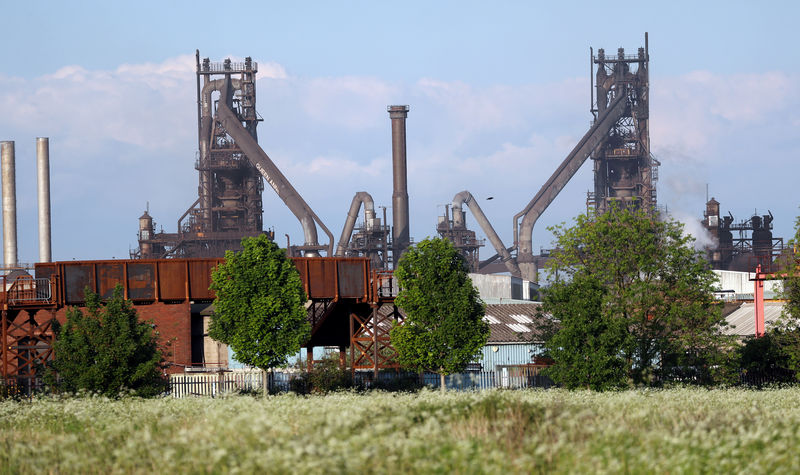 By Min Zhang and Barbara Lewis

BEIJING/LONDON (Reuters) – China’s Jingye Group is in talks to buy British Steel, it said on Monday, in a deal estimated to be worth 70 million pounds ($90 million) that could protect thousands of British jobs.

Any agreement would be of major political significance in Britain as it prepares to elect a new government on Dec. 12. The lack of opportunities in northern England, where British Steel is based, is an election issue, as the social gap between north and south widens.

A deal is not yet finalised, Jingye told Reuters following a BBC report of an imminent 70 million pound ($90 million) agreement.

A spokeswoman for Hebei-based Jingye Group, a private company, said she was unclear about the value and whether further details would be announced this week.

“I would be surprised if it did not get finalised,” he said. “But it’s not a done deal.”

No-one from British Steel was immediately available for comment.

The company was put into compulsory liquidation on May 22 after Greybull Capital, which bought the firm for one pound from Tata Steel (NS:) three years ago, failed to secure funding to continue its operations.

Its closure would impact 5,000 jobs in Scunthorpe and a further 20,000 jobs in the supply chain.

Turkey’s military pension fund OYAK said in August it had reached a provisional agreement to take over British Steel but that deal has not been finalised.

Henri Murison, director of the Northern Powerhouse Partnership, set up to boost the economy in the north of England, said a rescue deal would be “very welcome news”.

He said it was time to embrace cooperation with China, which is extending its international reach through its Belt and Road global development strategy. Chinese companies have also bought a steel plant in Serbia and its sole mine.

Chinese ownership is contentious, especially in the steel industry. The European Union, which does not include Serbia, has sought to protect its own steel industry from competition from cheap Chinese imports.

Britain has said it will leave the economic and political bloc, but has yet to agree a departure deal.

An advantage of Jingye, a multi-industry business specialized in iron and steel, is that it knows the industry and has the ability to invest, industry sources say.