Home
Stocks
Next Avenue: Can you run after age 50? These coaches, runners and a physical therapist explain why you should and how to do it safely.
Prev Article Next Article
This post was originally published on this site 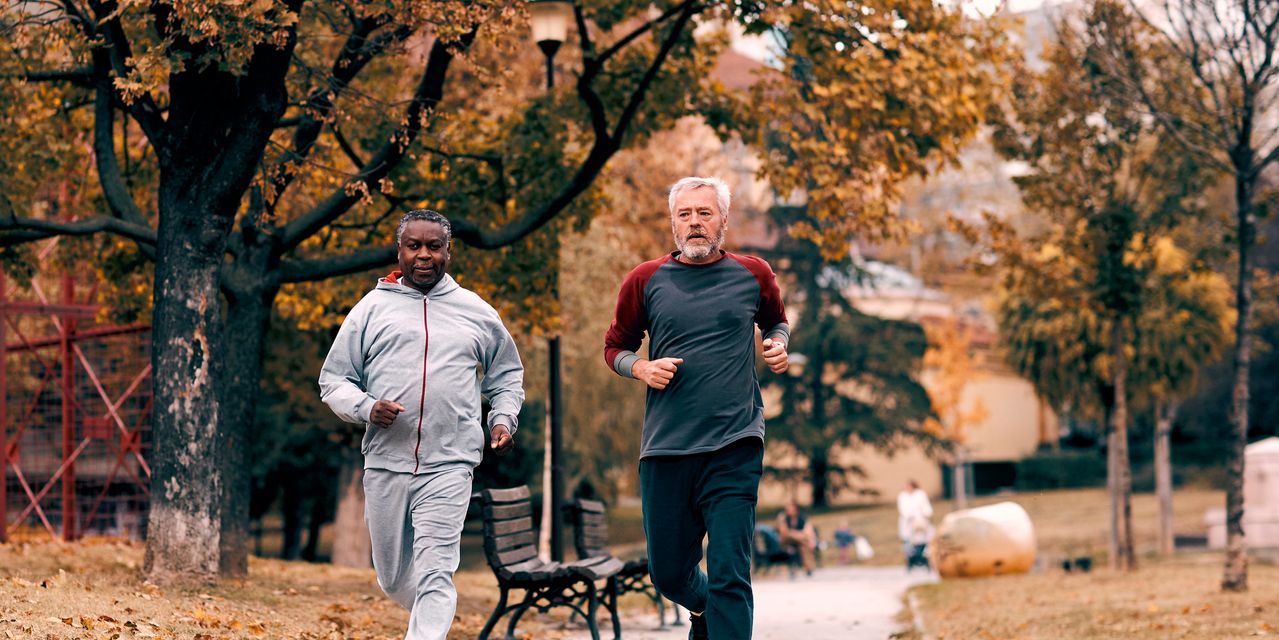 The topic of running in middle- and older age is a controversial one. There’s no shortage of warnings about the punishing effects of pounding the pavement after 50, but then there are the die-hards; those gritty guys and gals waking at 5 a.m. on a Saturday to meet up with their group and do what humans have done over our entire evolutionary history — run.

If you’re a die-hard, there’s good news: research suggests that when done right, running is great for you well into middle age. We interviewed coaches, runners and a physical therapist to find out how to train so you can keep running pain-free for years, or even decades, to come.

Running is a high-impact activity, and there’s no doubt that it places a lot of force on the body’s muscles, bones and joints.

“When we run, somewhere between two and five times our body weight is transmitted,” said Michael Rodriguez, a sports medicine physical therapist and running coach who owns Endurance Sports Physical Therapy and Performance in St. Louis Park, Minn., and teaches at the University of Minnesota. However, he was quick to elaborate: “That’s a lot of load, but it’s not too much. Our bodies need load.”

According to Rodriguez, the most common joint affected is the knee, with osteoarthritis (OA) of the knee being the biggest issue he sees in runners over 50.

Recent studies have shown that recreational, self-directed runners over 50 are at no higher risk for developing knee OA than non-runners. And in those who already have knee OA, runners experienced an improvement in knee pain over a four-year period, while their non-running peers did not.

For most recreational runners over 50, the cardiovascular health benefits far outweigh the risks of musculoskeletal injury.

Read: These 4 diet and lifestyle changes can lower your cancer risk by almost 20%

Rodriguez noted, however, that not everyone can keep running into middle age and beyond. Those with advanced OA and runners who have had a knee or hip replacement surgery should switch to low- or non-impact aerobic activities, he said.

Rodriguez typically intervenes well before a patient’s condition gets that far, and says, “When symptoms are newer, there are plenty of things we can do to help out.”

Rodriguez and the coaches and runners we talked to all hit on the same few training tips and tools for runners over 50. Read on to hear what they had to say:

Their first tip for 50+ runners: You’ve got to do more than just run.

Warloski uses a combination of running, strength training, yoga and cross-training with his clients. He’s really seen the benefits of this approach with his older clients and with his own fitness. “If you create that more balanced approach to training, you’re much more likely to prevent injury,” he said.

Lisa Terrell, 51, of Minnetonka, Minn., agrees. Terrell is a 25-year running veteran who heads the Minneapolis chapter of Forest Femmes, a world-wide organization dedicated to getting women out onto trails in all weather, year-round.

Warloski is particularly fond of unilateral, or one-sided, exercises in the gym because they help correct muscle imbalances.

Meghan Kennihan, a USA Track & Field and Road Runners Club of America-certified running coach based in Chicago, agrees. “Strength training helps combat muscle loss, but you’ve really got to look at your muscle imbalances, too,” she said. Kennihan’s clients strength-train twice a week, hitting all the major muscle groups in each session.

Doing different types of workouts means you’ll likely be running fewer miles a week, and according to our experts, that’s a good thing.

“With injuries,” Rodriguez said, “the training could be a problem, where they’re doing too many miles or too many long runs.” He recommends runners over 50 cut back on the number of days a week they run, replacing those workouts with low- or non-impact activities like cycling or the elliptical machine.

He’s seen this strategy work well for runners, “who have stayed very active and competitive into their 80s.”

Warloski employed this strategy years ago, when “all that running was beating my body up a bit, so I started biking more.” He credits the switch with his ability to keep running, which he does at least weekly, with his wife.

In addition to running fewer miles, Kennihan stressed that older runners need to employ longer warm-ups, build their mileage more slowly when training for long-distance events and prioritize softer surfaces, like trails, or even the grass border along sidewalks.

Warloski and Terrell both prefer the softer surface of trails, though Terrell noted that “there can be lots of rocks and roots, so you have to be more agile.”

In the running world, a lot of talk and text is devoted to recovery — those light-activity or rest days, which should be scheduled into every training program — but that’s still the most-neglected part of many runner’s regimens. Big mistake for runners over 50, according to our experts.

“You have to focus on your health outside of exercise,” Rodriguez advised. “Get plenty of good sleep and eat a well-balanced diet, especially focusing on calcium and vitamin D.”

Terrell added a couple of other insights: “I could get away with just going out and running in my 30s and 40s,” she said, “but now I have to do mobility drills.”

Also on MarketWatch: Worried about Social Security? Panic can lead to bad decisions

She also spends a good bit of time working out the tight areas in her soft connective tissues, known as fascia. “Fascia gets sticky as you get older, so it’s really important to take care of your tissues,” Terrell noted. Her go-to tool is a lacrosse ball, which she says gets into spots a foam roller can’t touch.

It’s all about attitude

Some of the best tips we got for runners over 50 address mind-set, rather than the body.

Kennihan stressed the importance of setting realistic expectations. She suggested looking at what you’ve accomplished in each decade as a runner. “Now that you’re in your 50s, 60s or 70s, think about what you want to accomplish now, rather than comparing yourself to when you were younger and faster.”

Terrell, who does, in fact, wake up at 5 a.m. to run with friends, takes more of a “make no excuses” approach. “The worst thing you can tell yourself is, ‘I’m too old,’” she said. “Having people in your life who don’t let you make excuses for yourself is huge.”

Maybe the best piece of advice came from Kennihan — to count your lucky stars. “It can be difficult to see your pace get slower and slower, but just be grateful that you’re still out there doing what you love,” she said.

Rashelle Brown is a longtime fitness professional and freelance writer with hundreds of bylines in print and online. She is a regular contributor for NextAvenue and the Active Network, and is the author of Reboot Your Body: Unlocking the Genetic Secrets to Permanent Weight Loss (Turner Publishing). Connect with her on Twitter and Instagram @RashelleBrownMN.

This article is reprinted by permission from NextAvenue.org, © 2022 Twin Cities Public Television, Inc. All rights reserved.