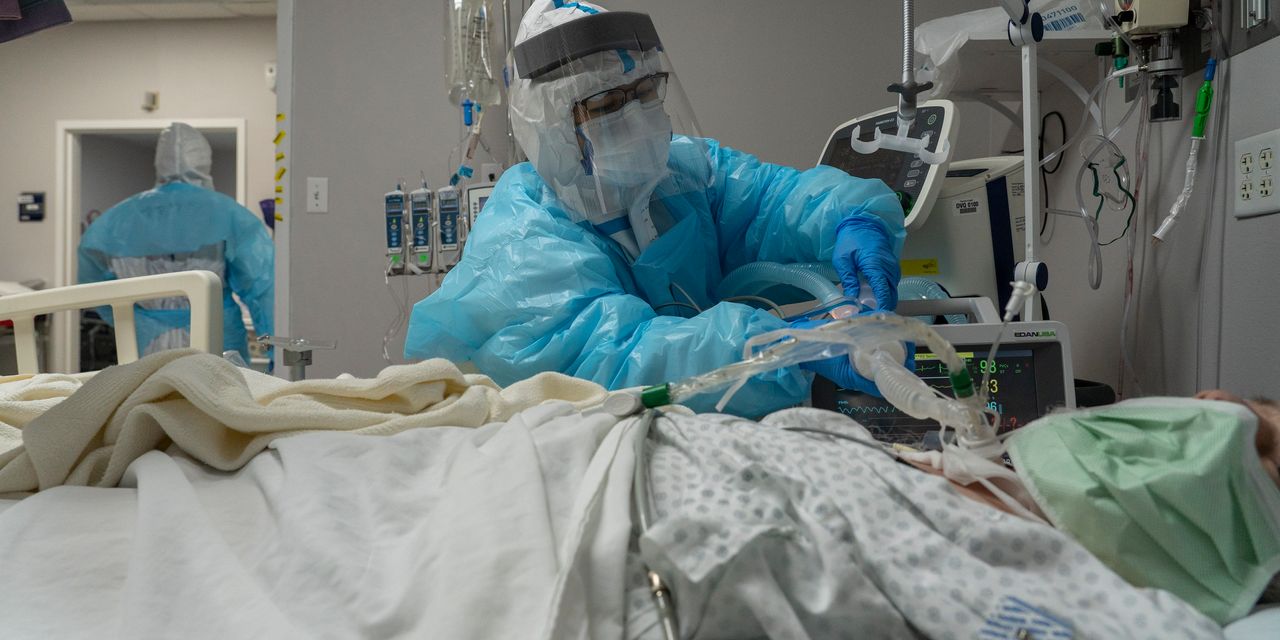 Public-health experts reacted with dismay Tuesday to the news of Texas Gov. Greg Abbot’s executive order banning any company or entity, public or private, from enforcing COVID-19 vaccine mandates, which comes as the U.S. government and others step up the use of mandates as they work to rein in the pandemic.

The move comes as the Biden administration is set to issue rules requiring employers with more than 100 workers to be vaccinated or test weekly for the coronavirus, the Associated Press reported. Several major companies, including Texas-based American Airlines
AAL,

and Southwest Airlines
LUV,
,
have said they would abide by the federal mandate.

“No entity in Texas can compel receipt of a COVID-19 vaccine by any individual, including an employee or a consumer, who objects to such vaccination for any reason of personal conscience, based on a religious belief, or for medical reasons, including prior recovery from COVID-19,” Abbott wrote in his order.

Almost 70,000 Texans have died of COVID-19 and more than 4 million have been infected, while only 50% of the state’s population has had their shots, according to a New York Times tracker.

Dr. Peter Hotez, vaccinologist and dean of the National School of Tropical Medicine at Baylor College of Medicine, told MSNBC that Texas will likely lead the nation by year-end in COVID deaths.

As most of the current new cases, hospitalizations and deaths are in unvaccinated people, leaders need to use all tools, including vaccine mandates, to halt transmission of the virus, he said.

Texas is not just at odds with the federal government, which Abbott has accused of overreach for attempting to require vaccination. It is also at odds with much of the world with many governments in Europe and elsewhere using mandates to persuade the vaccine hesitant to roll up their sleeves and avoid dying a preventable death. The vaccines that have been authorized for use have proven safe and effective in preventing serious illness and death.

See now:J&J’s Stoffels, who managed development of the company’s COVID-19 shot, is retiring

In the U.S., San Francisco and Los Angeles are the latest cities to require vaccination to engage in public life including going to bars and restaurants, joining New York and others that are working hard to end the crisis.

The U.S. is averaging almost 1,900 deaths from COVID a day, the Times tracker shows, although outside of some hot spots, cases and hospitalizations are coming down. But that means that every two days, the nation is suffering the same number of fatalities as seen in the attacks of Sept. 11, 2001. The overall U.S. death toll is getting close to 715,000, according to data aggregated by Johns Hopkins University.

The Centers for Disease Control and Prevention’s vaccine tracker is showing that just more than 56% of the U.S. population is fully vaccinated, well below the 70% experts say is needed to contain the outbreak.

A damning report from a U.K. parliamentary committee published Tuesday found the government waited too long to impose a lockdown in the early days of the COVID-19 pandemic, missing a chance to contain the disease and leading to thousands of unnecessary deaths, the AP reported.

The response ” “ranks as one of the most important public health failures the United Kingdom has ever experienced,” the report found.

The deadly delay resulted from ministers’ failure to question the recommendations of scientific advisers, resulting in a dangerous level of “groupthink” that caused them to dismiss the more aggressive strategies adopted in East and Southeast Asia, according to the joint report from the House of Commons’ science and health committees. It was only when Britain’s National Health Service risked being overwhelmed by rapidly rising infections that Prime Minister Boris Johnson’s Conservative government finally ordered a lockdown in late March.

Lawmakers said their inquiry was designed to uncover why Britain performed “significantly worse” than many other countries during the early days of the pandemic so that the U.K. could improve its response to the ongoing threat from COVID-19 and prepare for future threats. The U.K. has the second highest death toll in Europe, far higher than countries like Spain and Italy, that were early hot spots.

Elsewhere, Russia, which has the highest death toll in Europe, suffered yet another record daily death toll at 973, The Moscow Times reported. Russia has now posted record numbers of Covid-19 deaths for 10 of the last 14 days, as a fourth wave of the virus spreads rapidly across the country amid low vaccination rates.

Thailand is planning to end quarantine requirements for fully vaccinated tourists from at least 10 low-risk nations from Nov. 1, BBC News reported. PM rPayuth Chan-ocha acknowledged that “this decision comes with some risk” — but it is seen as a key step to revive the country’s struggling tourism sector.

See: Merck seeks authorization for what would be first pill to treat COVID-19, and AstraZeneca reports positive results for antibody treatment

In medical news, the World Health Organization is now recommending that people with compromised immune systems be offered an additional vaccine dose, a third shot that should be viewed as still part of primary vaccination. Those people are at greater risk of suffering breakthrough infections after just two doses.

An advisory panel also recommended that people above the age of 60 get an additional dose of the vaccines made by China’s Sinopharm and Sinovac three months after their first shots, after finding evidence in studies that they perform less effectively over time.

said it would scrap development of its COVID-19 vaccine candidate and instead focus on developing second-generation mRNA shots against COVID-19 with GlaxoSmithKline
GSK,

“The decision is also aligned with the evolving dynamics of the pandemic response towards a greater need for differentiated vaccines to address the developing endemic SARS-CoV2 situation,” CureVac said in a statement.

The global tally for the coronavirus-borne illness climbed above 238.3 million on Tuesday, while the death toll edged closer to 4.86 million, according to the Johns Hopkins University data.

China, where the virus was first discovered late in 2019, has had 108,784 confirmed cases and 4,809 deaths, according to its official numbers, which are widely held to be massively underreported.