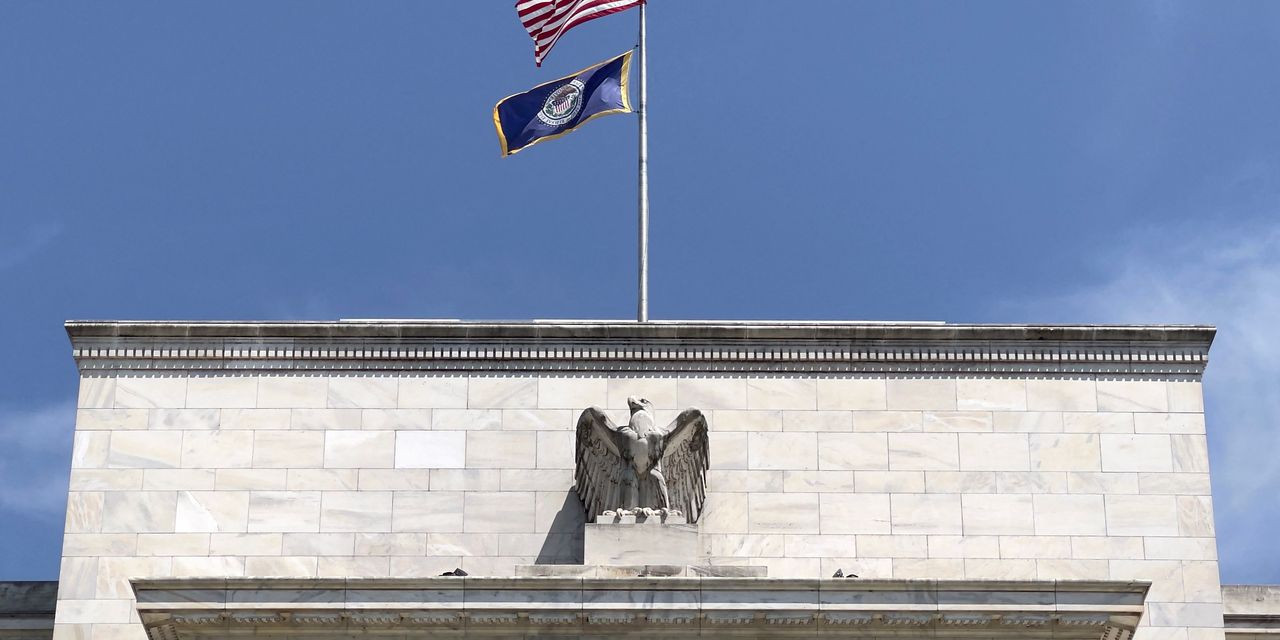 U.S. stock benchmarks were sharply Wednesday afternoon, with investors awaiting the outcome of a two-day Federal Reserve meeting, which concludes later in the session.

How are stock indexes trading?

It is Fed day on Wall Street and the stock market is rallying, even as investor await the central bank’s updated policy statement at 2 p.m. Eastern, followed by a news conference with Fed Chairman Jerome Powell at 2:30 p.m.

Wall Street anticipates that the rate-setting Federal Open Market Committee will provide some guidance about the timing and pace of tapering its debt purchases, which provided much-needed liquidity to financial markets in the worst shocks of the COVID pandemic in 2020.

A number of analysts expect that an official announcement of the tapering of monthly purchases of $120 billion in Treasurys and mortgage-backed securities won’t come until November or December, with an eye toward concluding those purchases at in the middle of next year.

Beyond tapering talk, investors will pay attention to the outlook for policy interest rates, which currently stand in a range between 0% and 0.25%.

“Whether or not the most telegraphed tapering in history gets announced at this meeting, or the next meeting, there’s also the dot plots,” said Giorgio Caputo, head of JO Hambro Capital Management’s multi-asset team, about the central bank’s latest projections for short-term interest rates.

“We’ve been through a move in the dot plots already,” Caputo said of the June policy meeting, when the Fed surprised some by projecting at least two rate hikes in 2023. Because of that, he thinks any fresh penciled in rate hikes for next year could be more easily digested by markets, particularly since stocks already have begun to claw back from Monday’s rout.

“The little dips, the blips, they get bought,” Caputo said. “But market structure is such that markets are probably more fragile than you might think under the surface.”

Read: Fed could fracture in 2022 over when to raise interest rates, economist says

The U.S. debt ceiling issue also was in focus Wednesday, after a group of former Treasury secretaries, including Henry Paulson, Timothy Geithner and Robert Rubin, sent a letter to Congressional leadership calling for Washington to avoid an “unprecedented default” that could “serious economic and national security harm.”

The House voted late Tuesday to keep funding the government and avoid a shutdown, but faced opposition in the Senate given the Republican party’s opposition to raising the debt ceiling.

Hong Kong markets were closed for a holiday, but Frankfurt-listed shares of China Evergrande surged 50% after a unit of the company, Hengda Real Estate Group, pledged to make an on-time interest payment on Thursday. Separately, China’s central bank reportedly injected liquidity as markets reopened after a two-day holiday and talk of a restructure of Evergrande has eased some of the initial panic on Wall Street about potential financial contagion akin to what occurred in 2008 when U.S. investment bank Lehman Brothers failed.

“While the markets are rebounding, we think its to soon to think the Evergrande situation will blow over without causing more near- term market pain,” said Peter Cardillo, chief market economist at Spartan Capital Securities.

In economic news, investors parsed an August update on existing home sales, which retreated as inventory and prices remained major concerns for prospective buyers. Existing-home sales dropped 2% to a seasonally-adjusted, annual rate of 5.88 million in August, the National Association of Realtors said. Compared with August 2020, home sales were down 1.5%.

Which companies are in focus?