Home
Stocks
: Biden pushes Congress to adopt $3.5 trillion spending plan as he calls U.S. at ‘inflection point’
Prev Article Next Article
This post was originally published on this site 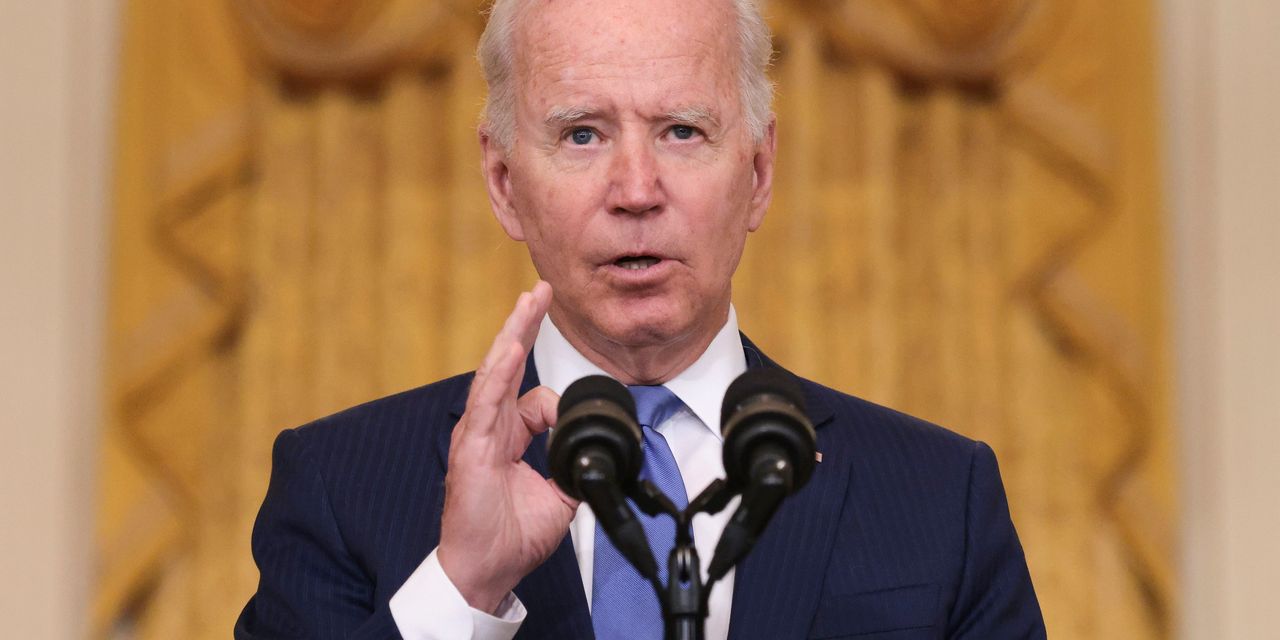 Calling the U.S. at an “inflection point,” President Joe Biden on Thursday pressed lawmakers to adopt his sweeping economic plans and called on wealthy Americans and corporations to pay their “fair share” in taxes.

“I believe this is a moment of potentially great change,” Biden said at the White House, as lawmakers were grappling over a $3.5 trillion spending bill.

The president said there is a “long way to go” but that he believed both the big spending bill as well as a separate bipartisan infrastructure package would wind up on his desk.

The Democrats’ spending package would invest in free community college, green energy and other priorities, and would be funded by tax increases on wealthy Americans and corporations.

“Big corporations and the super-rich have to pay their fair share of taxes,” Biden said.

Biden met on Wednesday with Sens. Joe Manchin and Kyrsten Sinema, two moderate Democrats whose objections to the size of the spending package have thrown up obstacles. Manchin, of West Virginia, and Sinema, of Arizona, have both balked at the $3.5 trillion spending target. Rep. Stephanie Murphy of Florida, another moderate Democrat, has also expressed reservations about the bill.

In the House, Democrats can afford to lose only three votes if all Republicans are united against a bill. The Senate is split 50-50, and Vice President Kamala Harris can break a tie if there’s no Republican support.

“I believe we’re at an inflection point in this country, one of those moments where the decisions we’re about to make can literally change the trajectory of our nation,” Biden said.

In addition to the $3.5 trillion package, lawmakers are staring down the possibility of a government shutdown at the end of September and a potential debt-ceiling breach.

were trading lower on Thursday, with the Dow Jones Industrial Average giving up an early gain scored after August retail sales showed an unexpected rise and a measure of activity in the Philadelphia Federal Reserve district came in stronger than expected.