Home
Stocks
The Margin: 1 in 5 people say July 4 will be their first ‘normal’ celebration this year
Prev Article Next Article
This post was originally published on this site 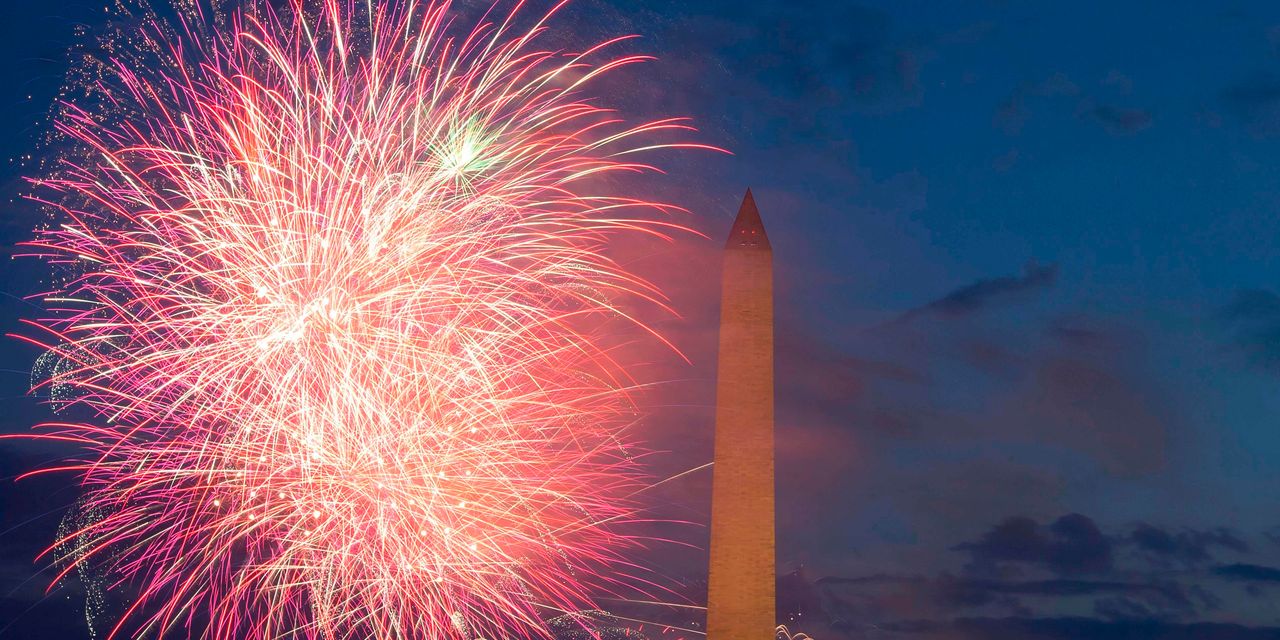 The party in the USA is back on.

For many Americans, this July 4 will mark their independence from COVID-19, as one in five consumers are planning for the Fourth to be their first “normal” celebration in 2021, according to a recent Numerator report.

This is mirrored by the National Retail Federation’s 2021 July 4 forecast, which found that 84% of people plan to celebrate the holiday this year, which is up 8% from a year ago.  More than 60% of Americans plan to spend the weekend having cookouts and barbecues, the NRF found, where they are expected to spend a collective $7.52 billion on food — and $1 billion on just beer alone.

This is up from the $6.7 billion the country spent on the nation’s birthday before the pandemic in 2019. What’s more, the NRF expects that roughly 150 million hot dogs will be eaten this year.

If you think that’s hard to swallow, each person will spend about $80 on food items for the July 4 holiday, the report finds. Indeed, meat prices have gone up by 4% over the past year, and lobster, chicken wings, burger and bacon are more expensive today than they were a year ago. The owner of the Maine-based Clam Shack, which is known for its lobster rolls, recently told MarketWatch he’s paying 30% more for lobsters.

What’s more, summer staples such as bicycles, rental cars, chicken wings and burgers are in short supply this year, meaning these festive favorites will probably take a bigger bite out of your wallet — if you can find them.

Read more: Brace yourself for a summer of shortages — from lifeguards and fireworks to lobster and beef burgers

And folks still want to ooh and ahh over fireworks. One-third of people in the NRF survey said that their Fourth parties involve fireworks, after 80% of community fireworks shows were canceled due to the pandemic last year. It’ll be hard for folks to get their hands on any, however, as there is also a world-wide fireworks shortage at the moment.

Fireworks sales were at an all-time high last year, with more than $1.8 billion of the star-spangled explosives sold, which was nearly double the previous year. Now, companies are scrambling to restock during the boom in demand.

And a little less than a third of those celebrating the Fourth told the NRF they will purchase patriotic-themed items for America’s 246th birthday, including American flags and red, white and blue clothes and decorations. About $6.7 million worth of American flags are imported annually, according to WalletHub.

Related: Buckle up: This July 4, gas prices will hit $3.62 a gallon in some regions

Rising vaccination rates have helped spark some of this enthusiasm. Now that about 64% of teens and adults have received at least one dose of the COVID vaccine according to the CDC, roughly 60% of people told an Ipsos survey that they believe celebrating the Fourth poses a small risk of catching or spreading COVID — or even no risk at all.

What’s more, about 59% of Americans expect to celebrate this holiday weekend without COVID limitations such as social distancing or mask mandates raining on their parade, according to WalletHub. Still, vaccinated individuals are a little more cautious, being 1.7x more likely to celebrate in smaller groups compared those who have not received their jabs, according to Numerator.

It should be noted that the pandemic isn’t over yet, however, and vaccination rates are uneven across the country. Hundreds of counties in the southeastern and Midwestern U.S. states have vaccination rates below 30%. What’s more, California has seen a 17% spike in cases over the past two weeks, and Los Angeles County has recommended that residents resume wearing face masks indoors as the more contagious delta variant has made up almost half of new infections.

Related: As worries emerge about the delta variant and the J&J shot, health officials — and, so far, the research — say the vaccinated are still protected

Finally, brace for traffic as 43.6 million Americans prepare to hit the roads this weekend. A good chunk of them will be road-tripping — 10 million more Americans will be driving over the weekend compared with this time last year, according to AAA. And they’ll be paying the highest gas prices for this holiday weekend in seven years.