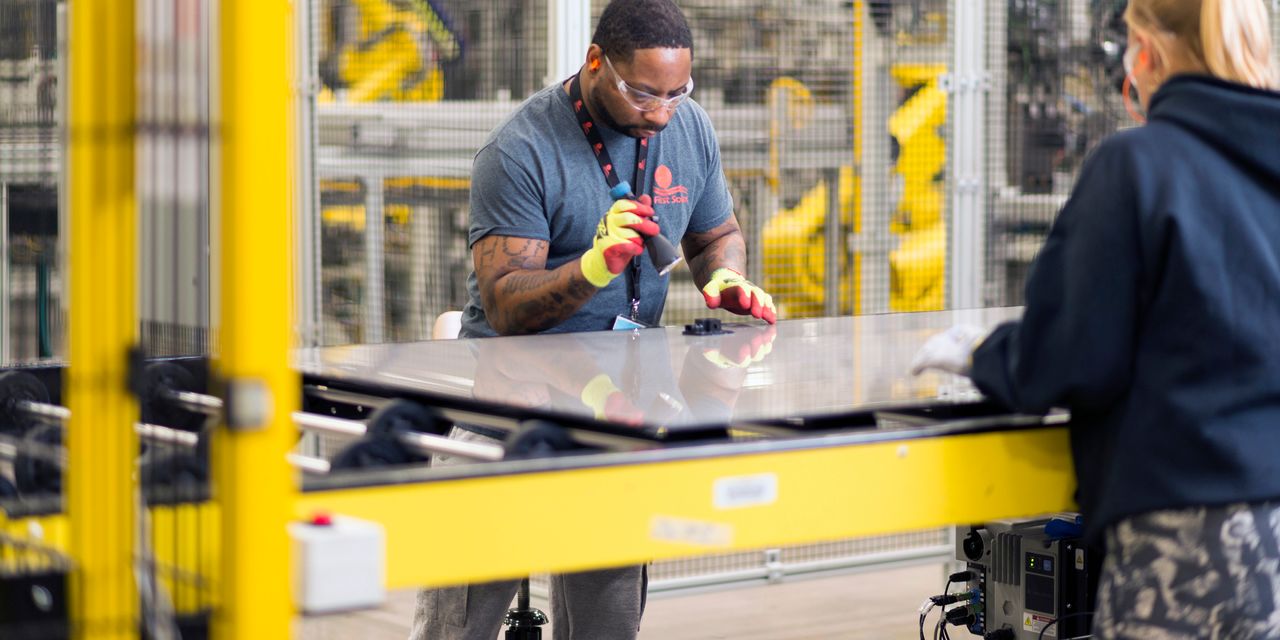 First Solar Inc. said Wednesday that it plans to invest $680 million to build a new solar-panel factory in Ohio.

The company said it hopes to start construction in Lake Township, Ohio, near Toledo, in the first half of 2023, and reach full production by 2025. The project is expected to create about 500 new jobs. It will be First Solar’s third plant in northwest Ohio, and by 2025 the three are expected to altogether produce enough panels to generate about 6 gigawatts of solar power annually.

“These investments in American-made solar technologies are the perfect embodiment of President Biden’s strategy to buildout domestic manufacturing and supply chains for critical industries,” U.S. Energy Secretary Jennifer Granholm said in a statement. As part of its massive infrastructure plan, the Biden administration has pledged to extend solar tax credits and increase the country’s solar power production.

said the plant will be among the most advanced facilities of its kind, and will help bolster U.S. solar-panel manufacturing, an industry that is dominated by China.

“We have said that we stand ready to support President Biden’s goal to transition America to a clean, energy-secure future, and our decision to more than double our U.S. manufacturing capacity with this new facility is First Solar making good on that commitment,” Chief Executive Mark Widmar said in a statement. “This facility will represent a significant leap forward in photovoltaics manufacturing, a true factory of the future.”

First Solar is the largest solar manufacturer in the U.S. Its shares are down 22% year to date, amid a broader solar slump, but are up about 50% over the past year.