Home
Stocks
Therese Poletti’s Tech Tales: How much does Apple make from the App Store? Even a landmark antitrust trial couldn’t reveal it
Prev Article Next Article
This post was originally published on this site 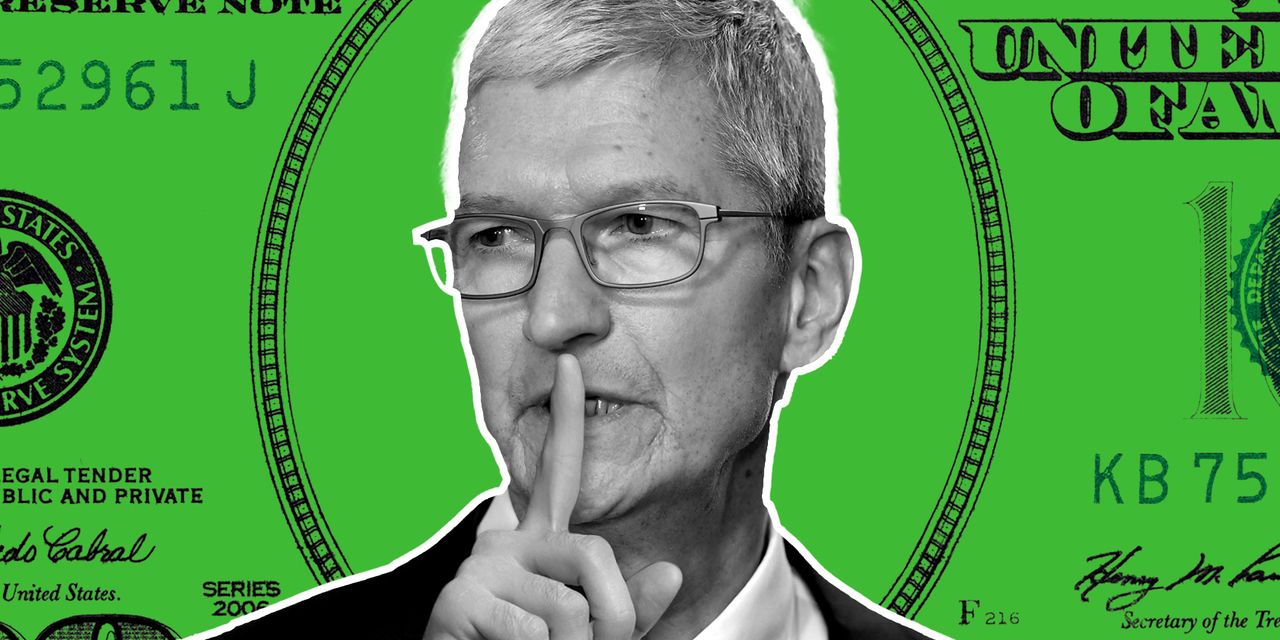 Even with the profitability of its App Store at the core of the case, the recent antitrust trial between “Fortnite” maker Epic Games Inc. and Apple Inc. couldn’t fully expose how much money flows into Cupertino from apps.

It’s a question that investors would love to know the answer to, because it addresses the entire business model of the App Store. Apple does not disclose any detailed financial results of the App Store, part of a services business that brought in $54 billion in its most recent fiscal year and was hailed as the segment that spurred growth as iPhone sales growth slowed down in recent years.

Don’t miss: The (predicted) Epic vs. Apple verdict is in

The trial offered glimpses of actual numbers on App Store profitability, but it was disputed and the actual numbers were hidden from view. In the second week of the trial, in which the maker of “Fortnite” alleged monopolistic practices by Apple
AAPL,

in federal court in Oakland, Calif., Epic called an expert witness — Ned Barnes of the Berkeley Research Group — to the stand.

Barnes calculated that the App Store had hefty profit margins, which increased to 78% in 2019, up from 75% in 2018, and generated $22 billion in commissions for Apple last year. He was part of a group of economic experts hired by Epic in its quest to prove that Apple’s App Store dominates the market.

Apple disputed that analysis and noted that it spends billions on research and development that are not counted against those profits.

“We invest like crazy in [research and development],” Cook said in his testimony at the end of the trial. He said Apple spent $100 billion since the introduction of the iPhone in 2007, and $50 billion over the past three years. (According to Apple’s last three years of 10-K filings, it was $39.2 billion). He also noted that security and infrastructure costs, in addition to innovative features, cut into its profit margins.

But clearly, Apple did not want Barnes and his testimony heard at all. A few weeks before the trial started, Apple’s attorneys tried to seal the courtroom during his testimony, according to a pretrial motion, because Barnes was relying on “nonpublic, unaudited financial information.” The actual information he studied was not shared in open court, and he was barred from discussing the raw numbers he saw, which were only shared with the judge behind closed doors. Barnes did not respond to a request for comment.

Read also: What each side proved in the historic Apple v. Epic trial

What Apple was willing to say in the courtroom about the App Store’s financials was that its commission, the rate that it charges developers to host an app on its store, has declined over time. The company’s 30% commission does not apply to everyone, and 85% of the apps are free, with no commission, Cook said.

Apple has reported the overall margin on its “services” business since ditching iPhone unit sales from its reports amid a slowdown in unit sales two years ago. The numbers it reports suggests that the fat profit margin Barnes quoted likely isn’t far off — total services margin came in at 70.1% in the most recent quarter, and that includes other businesses that are expected to lose money for Apple right now, such as its music and television streaming services.

During the trial, Apple’s attempts to avoid talking about the billions it takes in from third-party apps were truly laughable. Before Cook’s testimony, Apple’s former marketing chief Phil Schiller was grilled by Epic attorney Katherine Forrest, who openly mocked him when he could not say if the App Store was profitable.

“How is it as the executive responsible for this major business in the country, you don’t know if its profitable?” Forrest asked.

Forrest also reminded him of a press release issued by Apple in 2017, which stated that software developers earned $70 billion from the App Store since its launch in 2008, which would infer at least $20 billion in profit to Apple. (In court, Apple executives repeatedly referred to the App Store as an “economic miracle” without any sense of irony when they later played dumb about its P&L.)

With a 30% commission, Apple would have received about $20 billion, she said, which would strongly indicate profitability, but Schiller again said he did not know.

Apple updated that figure recently, saying it paid $39 billion to software developers in 2019 and $155 billion total through that year, but not provide a similar figure for 2020. According to a study by researchers commissioned by Apple and published Wednesday, the App Store “facilitated” $643 billion in billings in 2020, up 24% from 2019, but the researchers specifically stated that the closest figure they provided to App Store revenue — the total amount of digital goods and services sold through apps — was not actually analogous to that figure for Apple. The researchers included app revenue for services that were not purchased through the App Store but were used on Apple devices, and did not include enterprise-software revenue even if those apps were used on the devices. The word “profit” did not appear in the report.

For more: As Epic fight puts all eyes on App Store revenue, Apple offers numbers that aim much larger

It is hard to believe Apple doesn’t care about profit from its App Store, after it spent years focusing on doubling its services business from 2016 to 2020, telling investors and analysts that it was extremely important to the future of the company. When replacing iPhone unit sales with services gross margin in its disclosures to investors in early 2019, Cook said, “It is important for us to grow gross margin dollars” in the services segment.

“If at times we grow services that are at a level of gross margins which is below average, as long as this is good for the customer and as long as we generate gross margin dollars, we’re going to be very pleased,” he said in a conference call with analysts.

Some trial watchers and analysts did not buy Apple’s evasiveness on the high margins of its App Store.

“We think Apple’s position at trial regarding its lack of knowledge on such a critical driver of services profitability lacks credibility,” said Nick Rodelli, an analyst at CFRA who has been following the trial, in an email. “I should be clear that is our opinion only; of course, it is up to the judge to decide.”

Rodelli added that he felt Epic’s evidence on how high Apple’s profit margins are was “frankly overwhelming.”

“Apple didn’t present their own information on App Store margins at trial, they just claimed it was something they didn’t track and weren’t aware of in any detail and attacked the numbers presented by Epic,” he said.

He noted that Epic’s position was based on Apple’s internal documents, including a presentation made to Cook, Apple’s CFO and Epic’s accountant expert.

In its defense, Apple claims that Epic, a roughly $29 billion company on paper, is hypocritical for calling out the App Store’s profits when it is angling for an app store of its own under the App Store umbrella. Epic’s endgame, Apple’s reasoning goes, is to charge fat commissions of its own and ultimately become a trillion-dollar company.

Apple’s evasiveness on profits in its App Store is disingenuous. Judge Yvonne Gonzalez Rogers, who is deciding the case, had a negative reaction to Apple’s 30% commission, saying she was troubled by that figure. She may also have problems with the obtuse comments by its top executives, who clearly are running a for-profit company and certainly know the details of their business.

The attempt to keep the wool over the eyes of the public, and investors, could ultimately hurt Apple in the final outcome of the case — and potentially the business model at the core of its services business.

This article has been updated with additional information released by Apple after the original publication. MarketWatch staff writer Jon Swartz contributed to this article.