Home
Stocks
: Bed Bath & Beyond CEO says the retailer wasn’t a ‘major beneficiary’ of stimulus funds
Prev Article Next Article
This post was originally published on this site 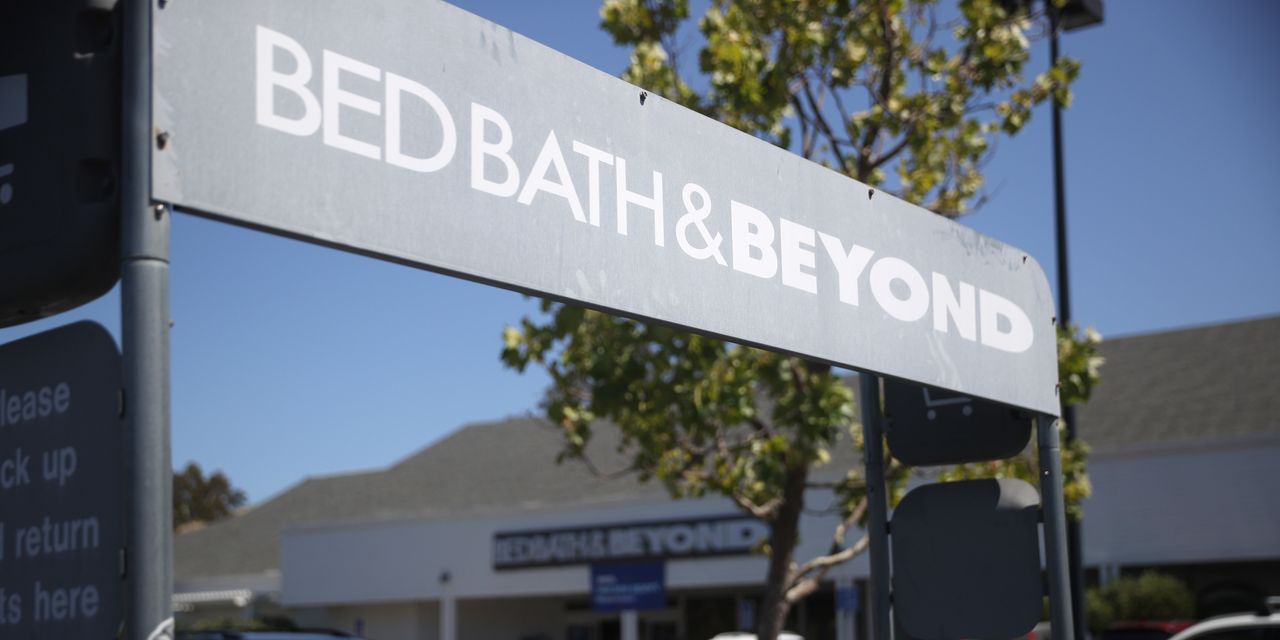 “Our recovery is real and shows the strength of our own efforts and output rather than reliance on outside factors such as stimulus spending” he said during the company’s earnings call on Wednesday, according to FactSet.

“We know this because by and large, the demographic of our core customer base is not eligible for stimulus benefits.”

During a call with MarketWatch, Tritton reiterated that statement, saying Bed Bath & Beyond
BBBY,

was not a “major beneficiary” of the cash infusion to shoppers.

See: Retailers ring up blowout 9.8% sales gain in March due to stimulus checks and revved-up economy

“Stimulus in the total market has created a positive energy, created consumer confidence, so there’s a buoyancy there,” he said. “But where the money was spent was food, essentials, et cetera.”

These are not items that Bed Bath & Beyond specializes in, he said.

Rather, Tritton says the improvements at Bed Bath & Beyond are the result of a step-by-step turnaround strategy that has included a renewed focus on the core business, with other banners such as Cost Plus World Market and PersonalizationMall.com sold off.

Now the company is looking ahead to introducing additional owned brands, store remodels and other steps for growth.

All the while, Tritton says the company has been focused on cash flow and liquidity, including during COVID-19 when stores were closed for a period. Chief Financial Officer Gustavo Arnal said on the earnings call that the company “maintained a strong cash balance of $1.4 billion, with even stronger liquidity of $2.1 billion. “

Tritton told MarketWatch that Bed Bath & Beyond is “an incredibly cash rich company with both cash and assets.”

Also: Lowe’s makes a bigger play for pros with launch of new amenities

And, Tritton says, the improvements that the company has already experienced with continue into the future as customers seek “safety, comfort, style, and utilitarianism” from their homes.

“Cooking or refreshing a bedroom is an evergreen idea,” he said. And as summer approaches, customers are turning their attention from inside the home to outside.

Analysts have previously raised a red flag for companies including Bed Bath & Beyond that have benefited from “nesting” during the COVID-19 pandemic. Some analyst groups are still skeptical.

“While Bed Bath & Beyond delivered slightly better results vs. our model, our key takeaway today is that the company continues to cede share during the most prolific home goods/furnishings selling period in recent history,” wrote Wells Fargo analysts led by Zachary Fadem, in a note.

“[L]looking ahead, competition remains intense (from both online and physical retailers), and it will likely take significant work to reposition the business to remain viable in the long-term, particularly considering the poor sales trends in 2019,” wrote KeyBanc Capital Markets analysts led by Bradley Thomas.

Watch: 3 ways the role of TV changed in the pandemic

KeyBanc rates Bed Bath & Beyond stock underweight and cut its price target to $22 from $24.

Other analysts say Bed Bath & Beyond is showing signs of progress, but expectations were high.

“Overall, the results show Bed Bath & Beyond’s transformation is still in its infancy and it will be a while before its initiatives take hold,” wrote UBS.

“In the meantime, the uncertainty associated with the timing and magnitude of Bed Bath & Beyond’s improvement probably acts as an overhang for the shares.”

UBS rates Bed Bath & Beyond stock sell with a $22 price target, up from $20. Analysts there also say that their “sense” is that stimulus dollars “increased overall spending and this helped Bed Bath & Beyond.”

During the discussion with MarketWatch, Tritton turned back to the three-year strategy the company laid out during the investor event in October 2020. Last year was one to reset and now, he says, the company will manage expectations.

“We now see our pathway, have the characters laid out, know what the metrics for success are, and we’re sharing that the story is going to evolve,” he said. He likened the process to a story unfolding.