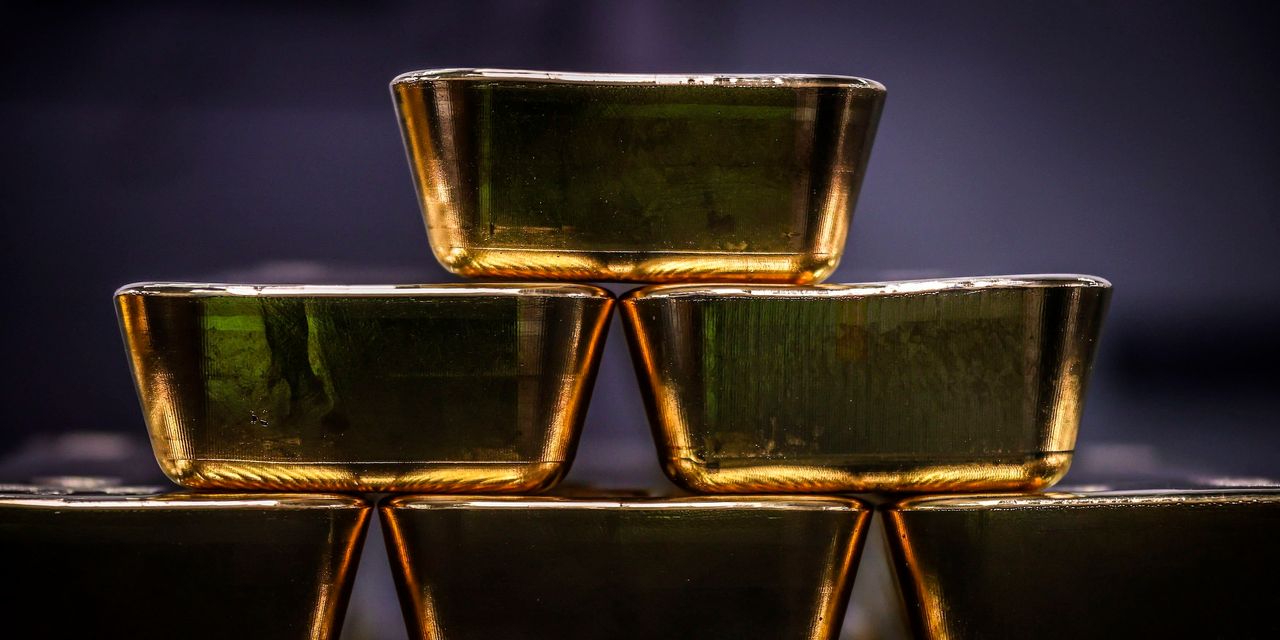 Federal Reserve Chairman Jerome Powel’s comments about the U.S. economy being at an “inflection point” and coupled with increased optimism regarding economic growth and employment caused a sell off in bonds,” David Russell, director of marketing at GoldCore, told MarketWatch.

During an interview on “60 Minutes,” Powell reiterated that the central bank wants to see inflation rise above its 2% target for an extended period before officials consider raising rates.

The higher yields as a result of the selloff on bonds are “negative for gold in the short term and all eyes will be on the inflation figures set for release this week,” Russell said.

The U.S. consumer-price index reading is due out Tuesday at 8:30 a.m. Eastern. The report on inflation could spark a fresh move in gold, which is viewed as a hedge against rising prices.

The question is “With the Fed more focused on employment than inflation, will we now start to see signs of inflation start to creep up?” said Russell. Also, as the economy starts to open up the Fed’s Beige book release Wednesday “will also be closely watched for more anecdotal evidence of building strength of the economy.”

Prices for the precious metal have fallen by roughly 8% so far this year, though have been trading in a “fairly tight range” on a sequential basis, analysts at ICICI Bank, wrote in a research note dated Monday.

Read: Why gold’s biggest quarterly drop in 4 years doesn’t mark the end of its bull cycle

But last week saw gold buck the overall lower trend, ending 1% higher on Thursday to mark the highest finish for a most-active contract since Feb. 25, and the largest one-day dollar and percentage climb since March 31, FactSet data show.

Even so, the ICICI Bank analysts see a “fairly flat trajectory” for gold prices over the second quarter of this year as investors wait for more guidance on when the U.S. Federal Open Market Committee may consider hiking interest rates.

Looking further ahead, however, the ICICI Bank analysts said gold may fall over the course of the second half of this year, “reflecting a rise in U.S. yields and improving global growth prospects that will in turn work to limit demand for a ‘safe-haven’ asset.”

Against that backdrop, prices for copper traded lower as well. May copper
HGK21,