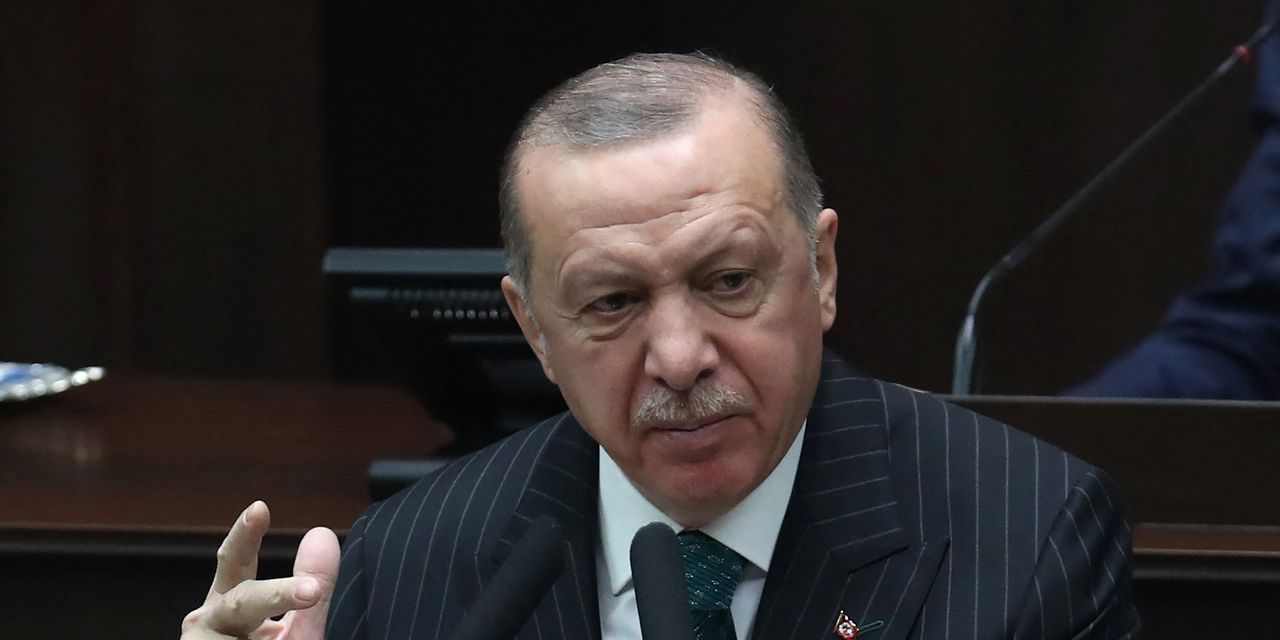 Turkey’s currency and stocks collapsed after the abrupt termination of its central bank head, a move that led investors to take a cautious stance toward risky assets on Monday.

“With Naci Agbal’s removal from the CBRT, Turkey loses one of its last remaining anchors of institutional credibility,” said Phoenix Kalen, a strategist at French bank Societe Generale. “During his short tenure, Agbal had succeeded where various predecessors had not – in cultivating trust in the central bank’s inflation-targeting framework, in restoring monetary policy independence, in encouraging international investors to re-engage with the crisis-prone Turkish narrative, in driving an 18.0% rally in the lira against the dollar, and most crucially – in arresting and even reversing the damaging trend of dollarization in the economy.”

The moves in Turkey sent traders into safe-haven currencies such as the dollar
DXY,

and the Japanese yen
USDJPY,
,
and away from emerging-market currencies including the Mexican peso
USDMXN,
,
the South African rand
USDZAR,

and the Russian ruble
USDRUB,
.

BBVA
BBVA,
,
which owns just under half of Turkey’s Garanti BBVA, tumbled 7% in Madrid.

That caution spread to stocks, where the Stoxx Europe 600
SXXP,

skidded after scientific advisors were reportedly urging U.K. Prime Minister Boris Johnson not to lift a ban on foreign holidays. That comes as the European Union has struggled in its vaccination campaign and is now considering blocking exports of AstraZeneca-made vaccines to the U.K.

both advanced, continuing their stellar run since VW laid out its electric vehicle and battery plans. Analysts at Deutsche Bank hiked its price target on VW by 46% and on Porsche by 38%. “With the global roll-out of the ID.4 we see a good chance that VW could surpass Tesla’s
TSLA,

[battery electric vehicle] sales as soon as next year, which should increase the credit given to its EV strategy,” said the analysts.