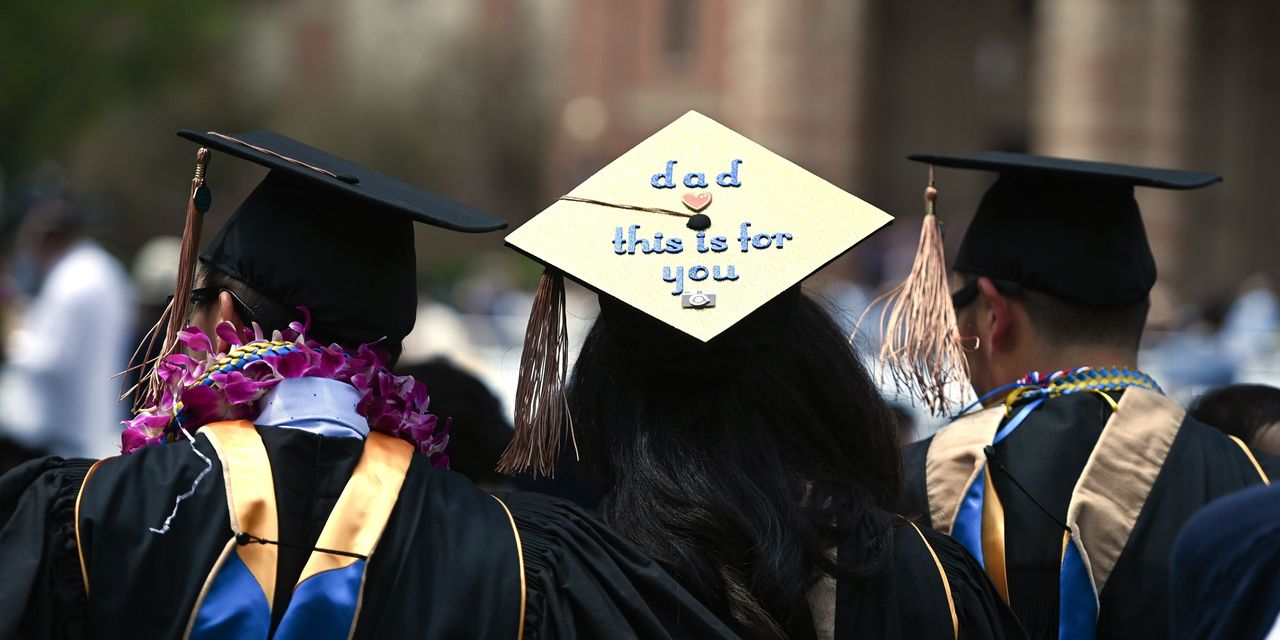 Student loan servicer Navient NAVI, +2.06% illegally deceived borrowers, parents, grandparents and others who put their credit on the line when they co-signed their relatives’ student loans and misled them about what it would take to release them from the obligation, a Washington state court ruled.

The ruling, made last month and released publicly Friday, marks the first time a court has found that the company violated a consumer protection law since state law enforcement officials and the federal government ramped up litigation against Navient over its student loan servicing practices about four years ago.

“Too many student loan borrowers in Washington are struggling to stay afloat,” Bob Ferguson, Washington’s attorney general, who filed the suit, said in a statement. “We will continue seeking accountability for Navient’s unlawful conduct and student loan relief for thousands of Washingtonians who were treated unfairly.”

The ruling came as part of a suit filed by the state of Washington in 2017 alleging the company illegally made the process of student loan repayment more difficult in a variety of ways, ultimately costing borrowers more money. The lawsuit also alleged that Navient’s corporate predecessor, Sallie Mae, illegally lured borrowers into expensive loans they couldn’t afford, leading to high default rates.

The other allegations in the case will move to trial. In addition, several suits against Navient over similar allegations, including one filed by the Consumer Financial Protection Bureau on the same day as Washington’s, are winding their way through the legal system.

The ruling relates to the ability of parents, grandparents and others to be released from relatives’ student loans

The policy at issue in the ruling, known as co-signer release, is particular to the private student loan market. Because student loan borrowers often have thin credit files, lenders will require that a parent, grandparent or other close contact co-sign their student loan.  In some cases, even when co-signers aren’t required, they can help a borrower receive a lower interest rate.

Lenders typically promise that after a period of successful repayment, the co-signer can apply to be released from the debt. The idea is that once a borrower’s education has provided them with the degree and earning potential that’s sufficient for them to handle the loan on their own, their relative no longer needs to be held liable.

The state of Washington alleged that Navient would ding co-signers’ progress towards release if an overpayment was made towards the loan. For example, if a borrower owed $100 a month, but paid $400, the company would advance the bill’s due date forward three months and send a bill with $0 due during those months, according to court documents. If the borrower didn’t send in payments in response to those bills, the company didn’t count those months towards the period of successful repayment required for co-signer release.

Borrowers typically needed to make between 12 and 48 months of consecutive on-time payments before applying for co-signer release, according to court documents. If a borrower didn’t send a payment in response to the $0 bill, Navient would restart the clock on the required consecutive monthly payments, the suit alleged.

Navient’s interpretation of what counted as a consecutive on-time payment varied from how the company portrayed the process to borrowers and co-signers, the state of Washington alleged.

“The requirement is only that the ‘on-time … payments’ must be consecutive — not that the ‘months’ or ‘billing cycles’ in which on-time payments are made must be consecutive. The requirement does not even refer to months or billing cycles,” the state said in court documents. “Nothing on [Navient’s] billing statement, its website, or any other consumer-facing document advised borrowers that making no payment in response to a $0 bill could impact their eligibility for cosigner release.”

Since 2014, Navient has revised its policy so that lump-sum payments qualify as multiple monthly payments.

Paul Hartwick, a Navient spokesman, said in a statement that the company is “disappointed” with the court’s ruling on co-signer release disclosure.

“We believe our disclosure was clear and fairly applied under Washington state law,” Hartwick said in the statement. “Navient’s focus has been, and continues to be, assisting student loan borrowers to successfully repay their loans.”

The challenge of being released from a co-signed private student loan is one of the many ways borrowers and government officials have alleged for years that student loan companies are exacerbating our nation’s $1.7 trillion student loan problem. They’ve claimed in court documents and elsewhere that both student loan servicers —  the companies the government hires to manage the repayment process for federal student loan borrowers — and firms that make private loans directly to students have thrown up obstacles to successful repayment for borrowers.

Stakeholders are watching the Biden administration’s approach to these issues. The U.S. Department of Education is in the midst of a years-long process overhauling the student loan servicing system, which could impact companies’ approach to managing federal student loans and the firms hired to do it.

In addition, experts have said they expect the Consumer Financial Protection Bureau to return to a more aggressive approach to monitoring student loan companies adopted under the Obama administration. Rohit Chopra, Biden’s nominee to lead the CFPB, was the agency’s first student loan ombudsman and was a key architect of the CFPB’s strategy towards the companies and student loan issues more broadly.

During his confirmation hearing, Chopra said that the “CFPB has a big role to play” in conjunction with state attorneys general, the Department of Education and state licensing agencies to ensure that when the payments and collections on student loans resume, student loan companies act lawfully so “we can avoid an avalanche of defaults.”

“It’s critical that loan servicers live up to their obligations,” he said.

Navient is one of the firms that services the federal student loan portfolio on behalf of the government. In that capacity, it serves as borrowers’ primary point of contact through the repayment process.

The company also services private student loans, managing the repayment process for borrowers who took out loans through a commercial lender.