Home
Stocks
The Margin: JAMA apologizes and deletes tweet that questioned racism in medicine
Prev Article Next Article
This post was originally published on this site 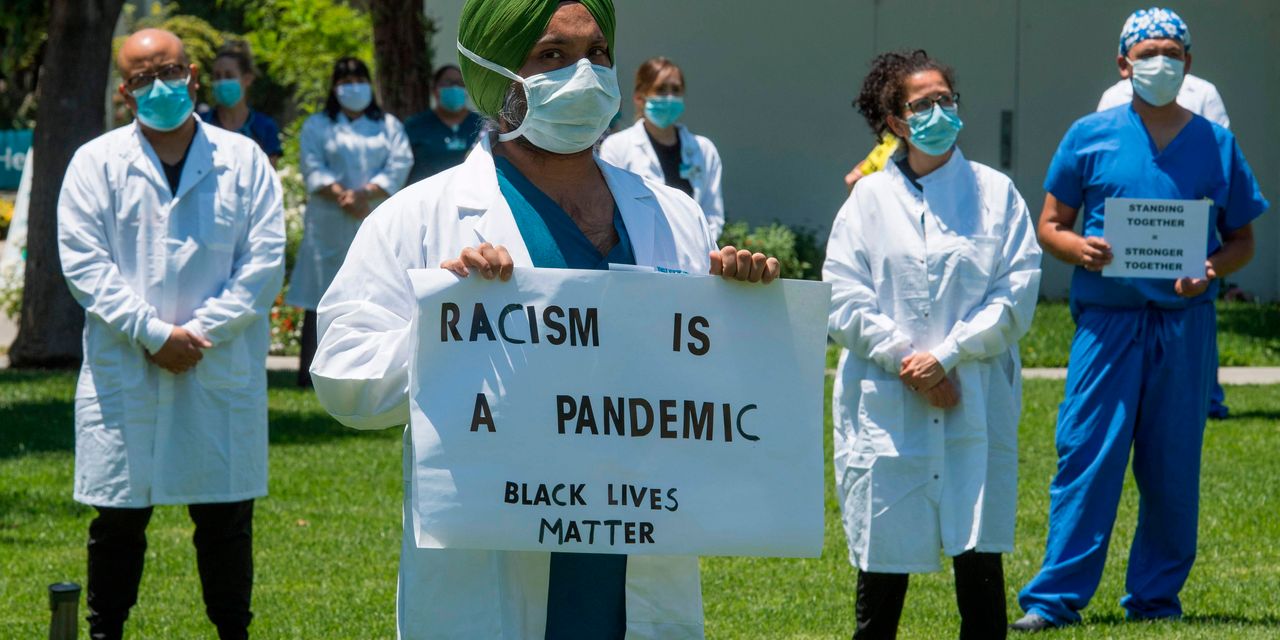 The Journal of the American Medical Association (JAMA) issued an apology over a now-deleted tweet on Thursday that questioned whether structural racism exists in medicine.

As critics noted, many studies published in JAMA itself have provided evidence that such systemic inequalities are alive and well in the American health care system, which has only become more apparent during the COVID-19 pandemic. Black and Latino Americans bear a disproportionate share of COVID-19 illness and death. People of color are also getting vaccinated against the coronavirus at much lower rates compared with white Americans. And prior to the pandemic, this 2000 JAMA article notes that “socioeconomic and racial/ethnic disparities in health care quality have been extensively documented.”

A Word from the Experts: People of color shouldn’t be treated equally in COVID-19 vaccine trials, ER doctor says: They should be over-represented

Read more: How Black doctors are answering the call to reform medical education — and bringing COVID-19 vaccine trials to communities of color

The tweet that set off the firestorm on Thursday was promoting a Feb. 23 podcast hosted by JAMA and entitled “Structural Racism for Doctors—What Is It?” The episode featured host Dr. Ed Livingston, the deputy editor for clinical reviews and education at JAMA, and Dr. Mitchell Katz, president and chief executive officer of NYC Health + Hospitals, discussing structural racism. “Many physicians are skeptical of structural racism, the idea that economic, educational, and other social systems preferentially disadvantage Black Americans and other communities of color,” reads the episode description.

The now-deleted post from JAMA’s official Twitter account pushing the podcast doubled-down on that skepticism: “No physician is racist, so how can there be structural racism in healthcare?” it asked. And that sparked outrage among some followers, including many who identified themselves as doctors. This led to “JAMA” trending on Twitter on Thursday morning.

Systemic racial inequality has been well documented in medicine. Almost one-third of African-American respondents in a 2017 NPR/Robert Wood Johnson Foundation/Harvard T.H. Chan School of Public Health poll felt they had been “personally discriminated against” because of their race during a doctor or health clinic visit; one in five Latinos reported the same. Almost one-third of Muslims surveyed for a 2015 study in the Journal of Muslim Mental Health said they had perceived being discriminated against in a health-care setting.

Read more: Bias in health care isn’t limited to race, religion or gender — how to protect yourself against this common medical practice

And people who listened to the controversial JAMA podcast expressed concern that Livingston suggested socioeconomic status was more responsible for inequalities in health care than racism. “Minorities…aren’t [in those neighborhoods] because they’re not allowed to buy houses or they can’t get a job because they’re Black or Hispanic. That would be illegal,” he said. “But disproportionality does exist.”

James Madara, the CEO of the American Medical Association, said he was “disturbed” and “angered” by the JAMA tweet and podcast.

The JAMA account deleted the tweet, and then proceeded to tweet out other articles that appeared to show its support for equality, such as one post that read, “5 actions to eliminate racial injustice in medicine, health disparities in the US.” Many followers weren’t buying this.

Dr. Howard Bauchen, JAMA’s editor in chief, tweeted a statement on Thursday afternoon in which he said that “the language of the tweet, as well as portions of the podcast, do not reflect my commitment as editorial leader of JAMA and JAMA Network to call out and discuss the adverse effects injustice, inequity, and racism in medicine and society as JAMA has done for many years.”

He also said that he takes responsibility for the incident, and apologized for the lapse and the harm it caused. And he added that JAMA will schedule future podcasts to discuss these issues, including the problematic portions of the podcast on structural racism in medicine.