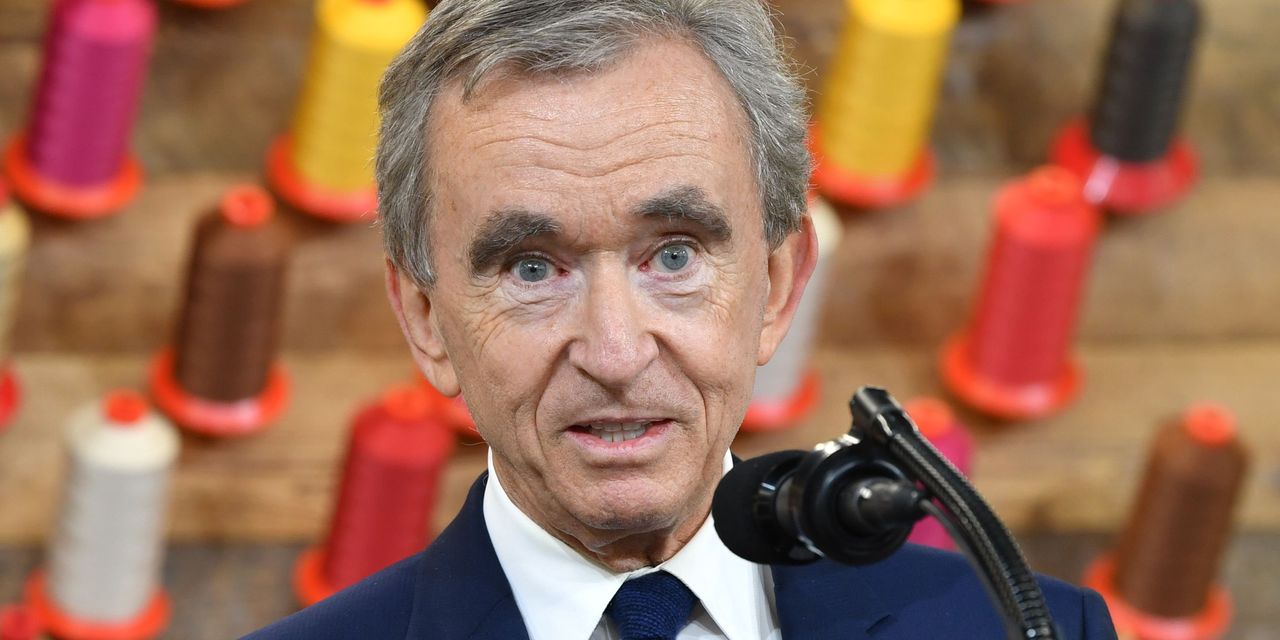 Tikehau Capital and Financière Agache, a holding company controlled by Groupe Arnault, will sponsor Pegasus Europe, which will be co-run by former Bank of America BAC, +1.49% deal maker Diego De Giorgi and look to invest in “innovative” European financial companies.

The news comes just days after ESG Core Investments ESG, +0.29% raised €250 million in a SPAC initial public offering in Amsterdam, with the aim of buying companies focused on the environmental, social and governance space.

The SPACs are the first two in Europe in 2021, and only the fourth such offerings in the region since the red-hot trend kicked off in the U.S. last year, where a record $102 billion globally has been raised over the past year, according to data provider Refinitiv.

Just $132 million of that was raised on European bourses, but there are now signs that activity is starting to pick up, as bankers, private equity groups, and venture-capitalist funds look to create new vehicles and cash in on the frenzy.

“ “SPACs are coming to Europe. Six months ago this was more of a theoretical discussion, but now we’re seeing a big uptick in appetite among sponsors to raise money in Europe via these vehicles.” ”

“SPACs are coming to Europe,” said Giacomo Ciampolini, head of EMEA alternative capital at Citigroup C, +0.68%. “Six months ago this was more of a theoretical discussion, but now we’re seeing a big uptick in appetite among sponsors to raise money in Europe via these vehicles.”

SPACs raise equity via initial public offerings and then hunt for private companies to buy or merge with, before taking them public. They have two years to strike a deal or they have to return the cash, which is held in trust, to their investors.

The SPAC frenzy has attracted some of the biggest names in European banking, but they have all shunned their home markets to raise cash in New York.

The technology sector has been one of the most fertile hunting grounds for SPACs, offering the chance for retail investors to gain exposure to potential winners before they have even booked a profit or made a product.

“Our aim is to allow retail investors to tap into innovative and high-growth companies that they would otherwise have been shut out of, as more companies that have historically chosen to stay private for longer enter public markets earlier via these vehicles,” said Morgan Creek Capital Management Chief Executive Mark Yusko.

He teamed up with Brady Dougan, the former chief executive of Credit Suisse and founder of fintech Exos Financial, to launch a third exchange-traded fund based on SPACs in January. The Morgan Creek-Exos SPAC Originated ETF SPXZ, +1.19% will make active decisions about its holdings rather than passively tracking an index, and the pair plans to put two-thirds of money in companies that went public by combining with a SPAC in the past three years, and the rest in blank-check firms that are still seeking mergers.

“The great thing about a SPAC is that firms can access a wider array of investors which want to bet on innovation,” said Dougan, adding that Europe will catch-up with the U.S., given its robust centres of innovation in Munich, London and Paris, among other cities.

For some senior bankers who have launched SPACs, the U.S. remains the more attractive choice. Azar, who unveiled his $300 million SPAC Golden Falcon Acquisition Corp GFX, +0.79% in December, said the U.S. “is home to the deepest pool of capital and most liquid capital markets.”

“For tech companies in particular U.S. markets are where tech is best appreciated in terms of valuation and multiples,” Azar added.

Read: Why the smartest stock investors are passing on most SPAC IPOs

Charlie Walker, head of equity primary markets at the London Stock Exchange, said that, while he doesn’t see demand in London reaching the same level as the U.S. because the market dynamics are different, “we do think there is demand for a meaningfully higher number than currently exist.”

Under current U.K. listing rules, investors are locked in as soon as the shell company makes an acquisition public. That may have been one reason deal maker Martin Franklin abandoned plans to raise $750 million via his Harvester Holdings on the LSE after failing to gain enough investor interest.

To attract more blank-check companies to Europe, Nasdaq COMP, +0.50% earlier this month updated its rules to enable listing of SPACs on the Nordic stock exchanges. Under the new measures, trading in SPAC shares won’t be halted once a deal is announced, allowing investors to cash out if they don’t approve of the target.

Nasdaq is considering similar rules for Helsinki, Copenhagen and Reykjavik, which should help boost the number of SPACs choosing Europe as their destination to list.