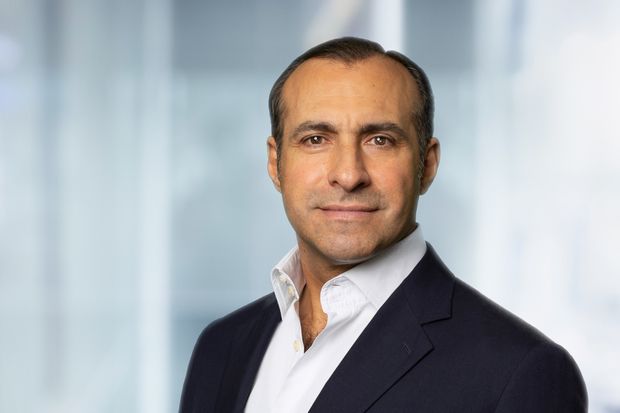 Makram Azar, the former chairman of investment banking for Barclays in its Europe, the Middle East and Africa region, has joined a slew of investors looking to raise money with a blank-check company whose ultimate business operations remain undefined.

The New York–based special-purpose acquisition company, or SPAC, will be called Golden Falcon Acquisition Corp. and plans to list on the New York Stock Exchange under the ticker symbol “GFX.U.” It aims to sell up to 28.7 million units at $10 apiece, raising more than a quarter of a billion dollars. Each unit consists of one share of common stock and half a warrant, exercisable at $11.50, according to a Tuesday filing with the U.S. Securities and Exchange Commission.

Golden Falcon Acquisition Corp. intends to pursue deals in the telecommunication, media and technology, as well as fintech, sectors, in Europe, Israel, the Middle East or North America. The fundraising is to be underwritten by UBS UBS, +0.27% and Moelis & Co. MC, +1.64%.

Read: 2020 is the year of the SPAC — yet traditional IPOs offer better returns, report finds

Azar spent 10 years at Barclays BCS, +1.55% in a number of senior roles and left the bank in January 2019 to start his own private-investment and advisory group, Full Circle Capital. He has continued his relationship with Barclays as a senior adviser to the bank.

He ran the Middle East and North Africa operations of private-equity firm Kohlberg Kravis Roberts before joining Barclays in 2010. Before that, he was head of sovereign-wealth-funds coverage at Lehman Bros. and chairman of that now-defunct bank’s media investment-banking team.