Home
Stocks
Next Avenue: How to shop for health insurance on the ACA marketplace
Prev Article Next Article
This post was originally published on this site 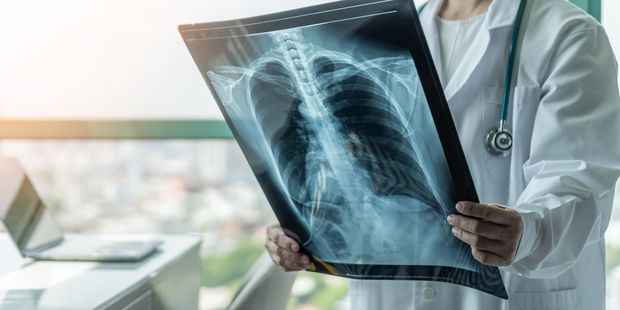 If you aren’t eligible for employer-sponsored health insurance for 2021, start preparing to shop for an Affordable Care Act (aka Obamacare) Marketplace plan. Open enrollment ends December 15 unless you qualify for a Special Enrollment Period due to a life event such as losing health coverage or moving or your state has a longer time frame, as California, Colorado, New Jersey and Pennsylvania do.

It’s particularly important to compare your options this year.

Not only has the pandemic changed so much in 2020, you may have many more Affordable Care Act (ACA) coverage choices now since some health insurers are entering or re-entering the market or expanding their coverage areas. Insurers have discovered that the individual health insurance marketplace is profitable.

“In about a dozen states, we’ve seen an in-migration of insurers,” says Karen Pollitz, senior fellow with the Kaiser Family Foundation. “The plan choices in some areas are huge.”

The 4 types of marketplace health plans

If you lost your job or retired before age 65 the year, you may qualify for a substantial subsidy to reduce your health insurance premiums on a Marketplace plan for 2021.

Average premiums are down about 2% across the U.S., says Pollitz. “But it depends on where you live,” she adds. “In places like North Dakota, the premiums are going up a lot.”

You can compare Marketplace premiums and coverage in general in your area at HealthCare.gov if you live in one of the 36 states that use the federal Marketplace or at your state’s marketplace in the others.

And you can get a quick estimate of the total cost of each potential Marketplace plan plus details about its coverage by using the “See plans and prices” tool on the HealthCare.gov site or on your state’s site.

“If you already have a [Marketplace] plan, in most cases it will be auto-renewed if you don’t do anything,” Pollitz says. “But never rely on automatic renewal. Update your account and see what your new plan choices are.”

How to choose the right Marketplace plan for you

When making your Marketplace plan selection, compare coverage, health care networks and out-of-pocket costs – not just annual premiums. Find out which medical costs will be subject to the annual deductible and what the copayments would be for your anticipated care.

“Unless you almost never see the doctor or use prescriptions, your premiums are just one element of your total costs,” says Nathan Teater, manager of customer care for eHealthInsurance.com. “If you’re someone who sees the doctor or uses prescription drugs on a regular basis, you may actually save money overall by going with a higher-premium, lower-deductible plan. Alternately, if you rarely see the doctor and don’t use prescription drugs, a lower-premium, higher-deductible plan may work fine for you.”

Be sure to learn about a policy’s out-of-pocket maximum; it’s the most you’d have to pay in 2021 for deductibles and copayments for in-network care, not including premiums. For 2021, the maximum out-of-pocket limit allowed for a Marketplace plan: $8,550 for an individual and $17,100 for a family. But many Marketplace plans have lower limits.

Also, make sure the prescription drugs you take will be covered and find out what your copayments would be.

Most Marketplace plans have four or five pricing tiers for prescription drugs with very different copays. For example, you may pay as little as $1 for what are known as “preferred” generics or as much as 40% of the cost for “non-preferred” brand-name drugs.

Make sure your doctors and hospitals are included in the plan’s provider network, too. Some policies don’t cover out-of-network care except for emergencies; others charge higher deductibles and copayments if you go out-of-network.

Finally, when comparing premiums, figure out whether you’ll qualify for a subsidy. It could reduce your premiums significantly, perhaps by 75%, depending on your income.

What to know about Marketplace subsidies

The Affordable Care Act permits health insurers to charge people 64 and older up to three times as much as younger buyers for the same coverage, before a subsidy.

If you lost your job, retired early, or your income changed this year – as it did for so many people – you may qualify for a very different subsidy than you had in the past.

Says Teater, “We’re seeing more people who are eligible for federal subsidies, possibly due to the number of people who were laid off in the tough economy.”

The subsidy calculation is complicated, but people who qualify have to pay no more than 2% to 10% of their income for a Silver-level policy. The government subsidy covers the rest.

You can then apply that subsidy to any level policy. For instance, you can reduce your premiums further by applying it to a Bronze policy.

Here’s an example of how a Marketplace subsidy can help: A 60-year-old Chicago couple whose income is $50,000 in 2021 could qualify for a subsidy worth $1,066 a month, reducing their premiums to $397 a month for a Silver policy or $73 a month for a Bronze one, according to the Kaiser Family Foundation. See the Kaiser Family Foundation’s subsidy calculator to run your own numbers.

If your modified adjusted gross income will be less than 250% of the federal poverty level, you qualify for an additional break: a cost-sharing subsidy, which can help reduce your deductibles and copayments, but only if you buy a Silver policy. To qualify, your modified adjusted gross income must be less than $31,900 if single, $43,100 for a couple or $65,500 for a family of four.

For both subsidies, you need to estimate your income for the year. Just do your best to do that. If your income ends up higher than expected, you may have to pay back some of the premium subsidy when you file your tax return.

You can get help choosing a Marketplace plan by using one of the government’s free navigators. Just look for one of these people soon, since federal funding has cut their number and it can be more difficult to get an appointment with one than in the past, says Pollitz.

To find navigators in your area, visit the Find Local Help part of the HealthCare.gov site.

Kimberly Lankford has been a financial journalist for more than 20 years and is the author of three books. Her financial articles have appeared in The Washington Post, U.S. News & World Report, AARP Magazine and Military Officer Magazine, and her syndicated columns were published in the Chicago Tribune and other papers. She received the personal finance Best in Business Award from the Society of American Business Editors and Writers.