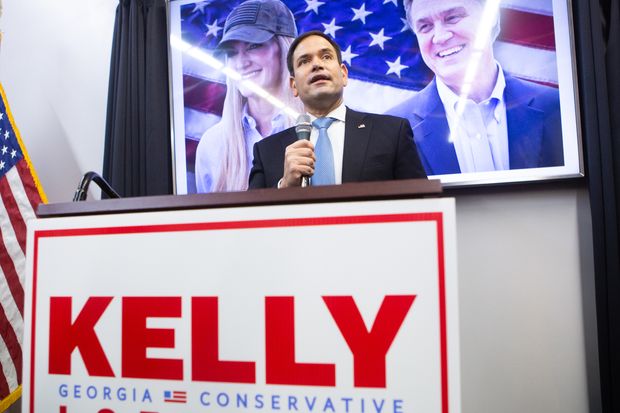 With Georgia’s two U.S. Senate runoff elections poised to determine the balance of power in Washington, the state is expected to see massive spending on ads and other campaign activities.

The outlays ahead of the Jan. 5 elections could reach $1 billion, according to some political analysts.

The Georgia runoffs are crucial because if Republicans win at least one, they will remain the Senate’s majority party and provide a check on policies backed by Democratic President-elect Joe Biden and the Democratic-run House of Representatives.

But if Democrats manage to oust both of the Peach State’s incumbent Republican senators, Kelly Loeffler and David Perdue, the party will take control of the Senate and turn that chamber into friendly territory for Biden.

“All eyes are going to be on Georgia. Probably $1 billion is going to be spent by the Democratic Party here in Georgia to try and take those two seats,” a Republican analyst, Julianne Thompson, said on the program, leading host Rose Scott to sound incredulous.

But an Emory University professor of political science, Bernard Fraga, and a Democratic strategist, Fred Hicks, then indicated to Scott that Thompson’s estimate wasn’t way off.

Both parties combined could spend $1 billon in Georgia, said Fraga, describing that outlay as “really possible.” Hicks said $1 billion in total spending is “a lot of money, but there’s a lot at stake.”

“Control of the Senate is going to come down to Georgia. What that really means functionally is that control of the U.S. government — control of the Biden agenda — comes down to the Georgia elections. Everybody who has any interest at all in what the government does has an interest in this election,” Hicks said, adding that he expects spending by groups “that are industry-specific, around environmental issues, around oil, around gas XOP, -4.03%, around infrastructure IFRA, -2.55%. ”

Related: These are the basics of campaign finance in 2020 — in two handy charts 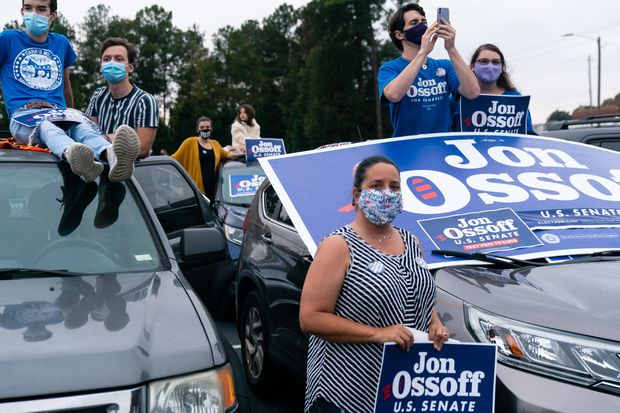 Republicans are guaranteed 50 of the Senate’s 100 seats next year after Alaska’s race was called in their favor and North Carolina’s contest went their way as well, with the Democratic challenger there conceding.

Democrats are set to get at least 48 seats, but are aiming for 50 through victories by their two Senate candidates in Georgia, Jon Ossoff and Raphael Warnock. They would have control of the chamber with just 50 senators in 2021 as a Democratic vice president, Kamala Harris, would cast tie-breaking votes.

And see: Here are the Senate races to watch, as Democrats battle to take control from Republicans

An outlay of $1 billion would amount to a sizeable chunk of the record-breaking $14 billion that the nonpartisan Center for Responsive Politics projected would get spent on all U.S. federal elections in 2020, though it would be well below what was shelled out on the White House race. To be sure, other spending estimates for the Georgia runoffs are more modest, with a CNBC report suggesting outlays of more than $200 million.

In any case, much of the spending in Georgia will have to do with boosting turnout by voters, who need to cast ballots again because of a Jim Crow-era state law that requires that winning candidates receive more than 50% support.

“Special elections are traditionally low-turnout elections, which we expect to favor Republicans,” said Height Capital Markets analysts in a note. “There have been 3 relevant statewide runoffs in Georgia since 2000. In all 3, the Republican led the election day ballot but fell short of 50%, then significantly increased their margins in a low-turnout special election.”

President Donald Trump is expected to be among the big GOP names campaigning in Georgia for Loeffler and Perdue in the next two months, and Biden on Tuesday indicated he was willing to stump in the state as well, as he looks on track to become the first Democratic presidential candidate to win there in 28 years.

Trump’s refusal to concede the White House race is finding support among Republicans senators because they’re eager for his help in Georgia, a Politico report said.

And see: Georgia is a political outlier in the South — here’s why the state is changing

Pollsters are drawing flak for whiffs in 2020 races, but their surveys on Georgia’s special elections still are getting attention. Remington Research Group, a Republican pollster, this week put Loeffler at 49% support among voters vs. Warnock’s 48%, and it had Perdue at 50% support vs. Ossoff’s 46%. Earlier polls on a Loeffler-Warnock runoff have indicated an advantage for the Democrat.