Home
Stocks
Next Avenue: Common themes that make for successful ‘second acts’
Prev Article Next Article
This post was originally published on this site 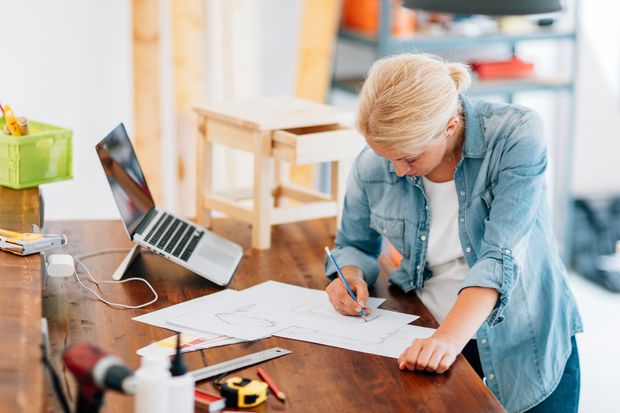 It was a Friday afternoon in December when Paul Tasner’s boss asked him, “Hey, can you jump into a quick meeting with me before you take off for the weekend?” So, Tasner, then senior director for operations at a San Francisco-based manufacturing company, followed him into a conference room and saw the company’s director of human resources there.

The faces turned somber, the voices became monotone and Tasner realized what was happening. At 64, he was being fired. “I left the meeting and met my wife and another couple for dinner. We proceeded to get silly drunk,” said Tasner, who’s now 75.

Two years after the dark day, at 66, Tasner became an entrepreneur for the first time, starting PulpWorks — a company that designs and manufactures biodegradable packaging from paper, agricultural and textile waste. “It’s very meaningful to me. We’re a venture that helps reduce the billions of pounds of single-use plastic packaging dumped each year, and polluting our land, our rivers and our oceans,” Tasner said.

Paul Tasner is one of 78 people I’ve profiled over the past two years for my “Second Act Stories” podcast. Like Tasner, many have started businesses. Some are pursuing nonprofit work. Others turned a hobby into a new, money-making vocation. Almost all of them are a heck of a lot happier in their new roles.

I’ve found five common themes among the second act success stories of people who became entrepreneurs for the first time in midlife or later:

1. Find what feeds you. The most successful second acts, I’ve found, involve finding meaning and purpose.

Chris Donovan, 59, spent 25 years in a dead-end job as a telephone repairman. “It kind of sucked the soul right out of me,” he said. But a prostate cancer diagnosis at 50 jolted him into pursuing his lifelong obsession: designing women’s shoes.

A renowned designer who Donovan met at a workshop in New York City helped him enroll at Polimoda, the prestigious fashion design school in Florence, Italy. Today, Donovan is president of Chris Donovan Footwear, managing an eclectic collection of high-end designer shoes.

Amani Roberts, 46, had a 20-year career in hospitality sales and management at Marriott. But he always dreamed of working as a disc jockey playing music at clubs and special events.

So, he started a DJ business as a side hustle on the weekends. Once gigs and revenue increased, he was able to quit his day job to pursue his passion full-time and hasn’t looked back.

2. A successful second act is rarely a straight line. It’ll undoubtedly include roadblocks and challenges. But the successful entrepreneurs are flexible and creative in overcoming these barriers.

Take Cathy Heying, 49. While working as a social worker at a church in Minneapolis, she observed a continuing problem among the working poor. A person’s car would break down and they wouldn’t have the money to repair it. Lacking dependable transportation, they’d then become unable to get to work, lose their job and become homeless.

In 2011, Heying took the unusual step of enrolling in the Dunwoody College of Technology, a two-year technical college, to learn auto mechanics. A middle-aged woman in a class of 18-year-old testosterone-fueled boys obsessed with cars, she tried to quit multiple times, but her instructor wouldn’t let her.

Related: It might be time to think about a career change

Following graduation, she jumped through all sorts of hoops to create The Lift Garage, which provides low-cost car repairs to the working poor in Minneapolis-St. Paul.

3. There are planners and there are leapers. Most experts encourage second act candidates to carefully plan their move, either  testing the waters through a community college course, informational interviews or an internship or trying out a new path out as a side hustle or hobby.

But some successful second act people follow a “leap and the net will appear” approach.

Like Richard Turner, now 81, a former high-powered trial lawyer in California. He woke up one morning in 1999 and announced to his wife that he was putting his sleeping bag in the car and taking a one-month sabbatical to wander around the Western United States. When he returned, Turner became a nature photographer, launching RT Turner Fine Art Photography. In 2002, he started Gorgeous Greetings and has since sold over 50,000 personally signed greeting cards of his wildlife photography.

4. The rise of the reluctant-preneur. Not every business owner aims to become an entrepreneur; some are pushed into the role.

Jane Canapini, now 59, worked as a creative director for large and small advertising agencies in Toronto over a 20-year career. But in 2012, her last agency downsized, and Canapini was laid off at 51. Rather than landing another job in advertising, she decided it was time to focus on her lifelong passion: traveling the world.

Pandemic startups: These N.Y. entrepreneurs did the unthinkable during COVID-19

5. You’re never too old to make a change. Marty Herman wrote and self-published the first of five mystery novels at the age of 75. He has since sold over 15,000 books — nearly all face-to-face at community book fairs.

Judi Schindler sold her Chicago-based public relations firm at 60 and has been a professional actress for the past decade.

Art Schill became a stand-up comedian at 81 — working regularly at top comedy clubs in the Northeast.

As one of my interview subjects told me, “Don’t tell yourself you’re too old to start something new. If you find yourself in that place, give yourself a slap across the face.”

Tasner proudly cited research showing that older entrepreneurs have a 70% success rate in starting new ventures. “We’re like the Golden State Warriors of entrepreneurs,” he said.

Andy Levine hosts the “Second Act Stories” podcast. Each episode is shared in an engaging, NPR-storytelling style and profiles a courageous individual pursuing a more rewarding life. Check out the stories at SecondActStories.org or wherever you get your podcasts.

This article is part of America’s Entrepreneurs, a Next Avenue initiative made possible by the Richard M. Schulze Family Foundation and EIX, the Entrepreneur and Innovation Exchange. This article is reprinted by permission from NextAvenue.org, © 2020 Twin Cities Public Television, Inc. All rights reserved.