Home
Stocks
Weekend Sip: Broadway may be closed, but the Broadway Wine Club is ready to serve
Prev Article Next Article
This post was originally published on this site 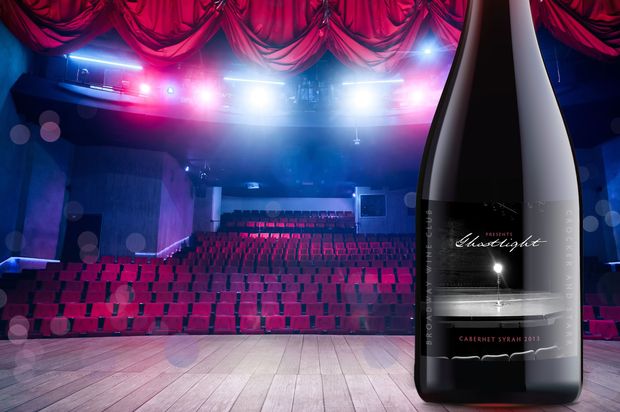 The Broadway Wine Club gives members a taste of the Great White Way and a chance to rub elbows with Broadway stars.

Memberships start at $99 or $175 per quarterly shipment.

The coronavirus pandemic has upended live entertainment in general and Broadway in particular. Shows in New York City’s theater district have been closed since mid-March and will not reopen until May 2021 at the earliest. Actors and other theater professionals have struggled to find any work, with many opting to leave New York in the interim.

So what’s a Broadway producer to do during this difficult time? Start a wine club, of course. Actually, Arvind Ethan David, producer of Broadway’s “Jagged Little Pill,” the Tony Award-nominated musical based on the Alanis Morissette album, started having the idea for the Broadway Wine Club before the pandemic. He was frustrated that better vino wasn’t offered at the bars in Broadway venues, so that got him mulling a connection between the theatrical and wine worlds.

After the pandemic hit, David not only had time on his hands, but he also saw a need to help American wine makers, who were suffering as well. That is, the wine producers had lost valuable sales with restaurants either being closed or running at limited capacity.

The Broadway Wine Club was born. David and his business partners structure the club in different configurations — members can choose how many bottles of wine (three, six or 12) they want per shipment and opt for the Stage Door Club standard selection ($99 for three bottles) or the upgraded Red Carpet Club selection ($175 for three bottles).

Club members can enjoy a variety of Broadway-related perks, including the opportunity to connect (virtually, for now) with wine-loving theatrical stars. Also of note: The Red Carpet Club will always feature a bottle with a label designed by a Broadway artist. In the first shipment, that offering is a Cabernet-Syrah blend with a label by veteran Broadway art designer Drew Hodges (who worked on “Hamilton” and “Moulin Rouge!”).

What we think about it

Hey, if Martha Stewart can have a wine club, why not Broadway? It is a somewhat pricey club, especially if you opt for the higher-end Red Carpet version, but David and his team have sourced interesting selections from California and elsewhere. The “star” of the first shipment is the Cabernet-Syrah blend, called “Ghostlight,” a theatrical term that refers to the light on stage that’s left lit after everyone has departed. The blend is a solid, bold offering with flavors fruity and earthy all at once.

How to enjoy it

Put on your favorite cast album — we’re partial to Sondheim’s “Sweeney Todd” — and sip away. The club selections lend themselves to a variety of pairings. The “Ghostlight” would go especially well with a good steak.