Home
Stocks
Market Extra: The unraveling of this popular bond-market trade shows investors believe U.S. recovery will outpace Europe once again
Prev Article Next Article
This post was originally published on this site 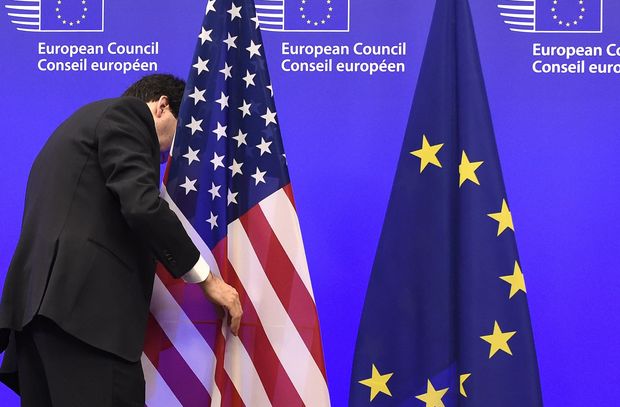 The widening gulf between yields in U.S. and European bond markets could point to a reversal of Europe’s fortunes in the eyes of Wall Street.

It was only a few weeks ago when BlackRock and other deep-pocketed money managers had concluded the Europe’ superior handling of the COVID-19 pandemic would finally give its downtrodden markets the edge over the U.S.

But as coronavirus infections accelerate again across the European continent, investors are gradually coming to the view that the U.S., much like in previous global economic recoveries, may see a stronger rebound even though the spread of the virus hasn’t shown any signs of slowing down in the world’s largest economy either.

This has been reflected in the widening of the yield gap between U.S. and German bonds. The spread between the 10-year notes of the two countries has expanded to 1.40 percentage points, up nearly 40 basis points since mid-July.

“A wider Treasury-Bund spread at least shows that the U.S. maybe can show the way forward in a reflationary sense in due course. At the very least it is a cushion versus the angst that  deep negative core Eurozone market rates are discounting,” said Padhraic Garvey, regional head of research at ING, in a Tuesday note.

The spread between Treasurys and bunds are widening again

Both a steady selloff in U.S. Treasurys and a rally in the eurozone bond markets has helped drive this wedge further apart.

Yet earlier in the year, speculators had bet on a tightening of the Treasury-bund spread after the Federal Reserve cut its policy interest rates to rock-bottom, bringing them in line with the European Central Bank and Bank of Japan.

It was a popular trade pioneered by the likes of bond guru Bill Gross who wagered on a tightening of the spread for the opposite reason – the European Central Bank would eventually shift away from ultra-low interest rates and bring them closer to the Federal Reserve’s policy stance.

But some market participants say they aren’t ready to ditch wagers on a narrowing of the two major bond market yield curves just yet.

It is hard to imagine eurozone debt rallying even further from deeply negative yield levels, which is not a problem for positive-yielding U.S. bond markets, according to Subadra Rajappa, head of U.S. rates strategy at Société Générale.

And if the prospects of an overwhelming Democratic party victory in the U.S. presidential election in November does not happen, it could spark surprise gains in Treasury prices and push their yields lower.

“If the US election doesn’t end up with a Democratic sweep, then the size of any potential fiscal stimulus could end up being a lot smaller,” she said.