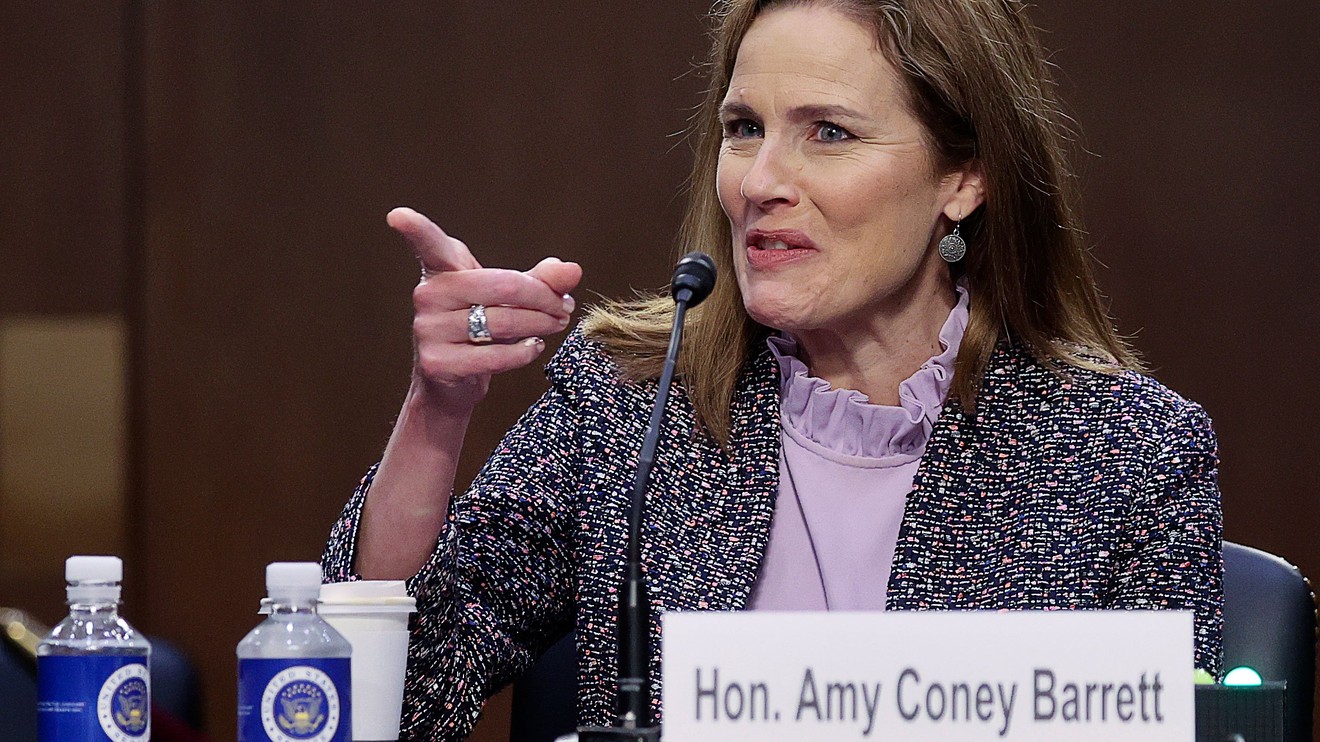 Amy Coney Barrett sent Twitter users tittering during Day 3 of her Supreme Court confirmation hearings thanks to an amusing slip of the tongue.

After Sen. Sheldon Whitehouse, a Rhode Island Democrat, questioned whether President Trump’s pick to replace the late Ruth Bader Ginsburg would indeed be an unbiased judge, Barrett responded, “I will approach every case with an open wine.” Wthout missing a beat, she corrected herself to say, “Open mind.”

While the Senate Judiciary Committee let the small slip slide without any noticeable reaction, viewers drank the minor gaffe up on Twitter. Many expressed amusement, or commiserated with the judge who’s been grilled this week. The most common refrains were along the lines of “Me, too,” or “Same, girl, same.”

Barrett had had another viral moment earlier in the confirmation hearings on Tuesday, when Sen. John Cornyn, a Republican from Texas, asked Barrett what notes and prepared material she had been referring to while answering questions. She held up a blank notepad, which became a meme. Supporters praised the move for showing how smart she is, while critics including “The View’s” Joy Behar likened the empty page to being “symbolic of the empty answers she was giving.” Barrett had declined to indicate her position on abortion rights, or whether Trump has the authority to delay the election, while giving testimony on Tuesday.

Follow MarketWatch’s live updates and analysis on the confirmation hearing live blog. The four-day process is due to wrap up Thursday with testimony from outside witnesses.