Home
Market
Hasbro Up on BMO Boost as Parents Stuck at Home with Kids
Prev Article Next Article
This post was originally published on this sitehttps://i-invdn-com.akamaized.net/news/LYNXNPEB9I0KU_M.jpg 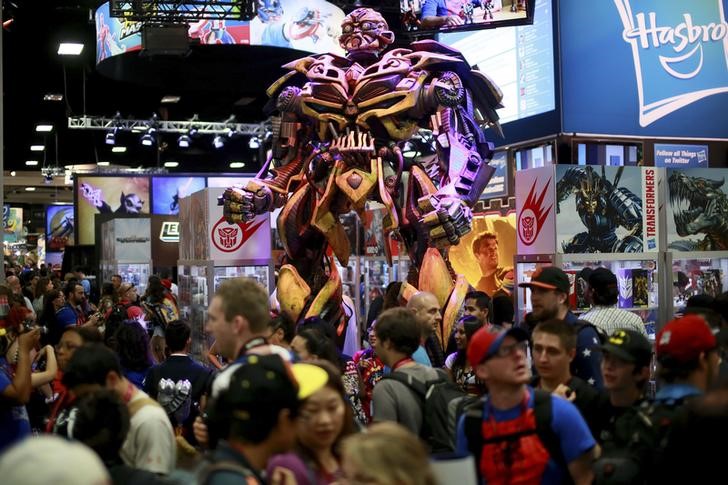 Investing.com — Hasbro (NASDAQ:HAS) rose more than 3% after getting an upgrade from BMO Capital.

Not only have we been buying oodles of toys as we’re stuck at home with our kids who are constantly bored and need to be amused; apparently the holiday season is gearing up to be a stronger one than expected by investors, BMO Capital said. It likely helps to have Disney princesses and Star Wars in their pocket.

Analyst Gerrick Johnson upgraded Hasbro to outperform from market perform with a price target at $90, up from $69, according to StreetInsider. Johnson also cited “good brand positioning in an uncertain environment, and the attractiveness of toy stocks in a time of uncertainty.”

Shares are down 27% since the start of the year and are currently trading around $77.45. The stock has four buy ratings, three holds and no sells.

The maker of Play-Doh is also relatively cheap. Hasbro is trading at forward price to earnings ratio of 20, compared to Mattel’s 74.

Earlier this month, Lego reported sales up 14% in the first six months of the year thanks to stuck at home parents trying to keep their kids off of screens, Reuters reported.