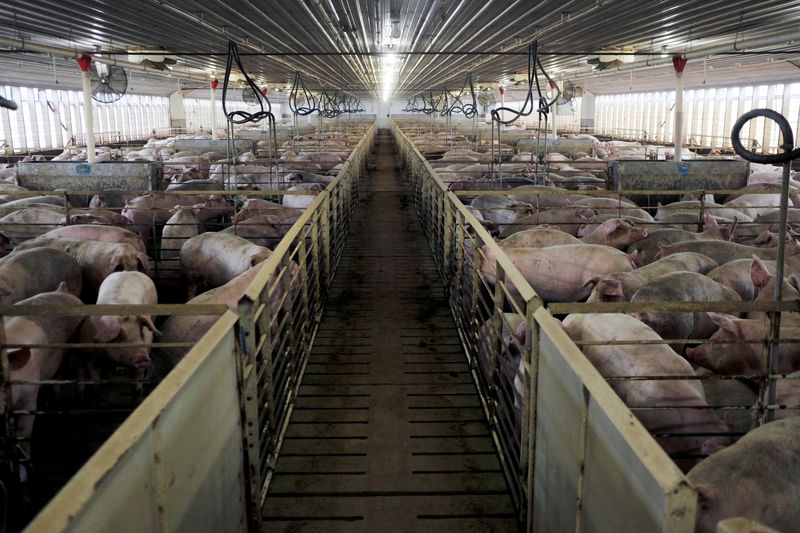 JBS told Reuters in April, when plants across the country were closing due to outbreaks, that it reduced exports to focus on meeting U.S. demand.

JBS and Smithfield did not immediately respond to requests for comment on Tuesday.

Democratic U.S. Senators Elizabeth Warren and Cory Booker in June asked meat companies how much they exported to China during the pandemic.

JBS said in response that its total market share of U.S. pork to China had been less than 10%. Exports are comprised largely of products like pigs’ feet and livers that American consumers generally do not eat, JBS said.

Smithfield told the senators it would not give preference to foreign customers.

China agreed to import a record $36.5 billion in U.S. farm goods in the Phase 1 trade deal signed in January, with pork expected to be key to reaching the mark.

Chinese demand is seen rising further after Beijing blocked imports from Germany, which has suffered an outbreak of a pig disease.

U.S. meat production has recovered as plants have reopened after being hit by COVID-19. Frozen pork supplies in cold-storage facilities reached a three-month high in August, according to the U.S. Department of Agriculture.