Home
Stocks
: Aurora Cannabis lost more than C$3 billion in a chaotic year and the stock is falling
Prev Article Next Article
This post was originally published on this site 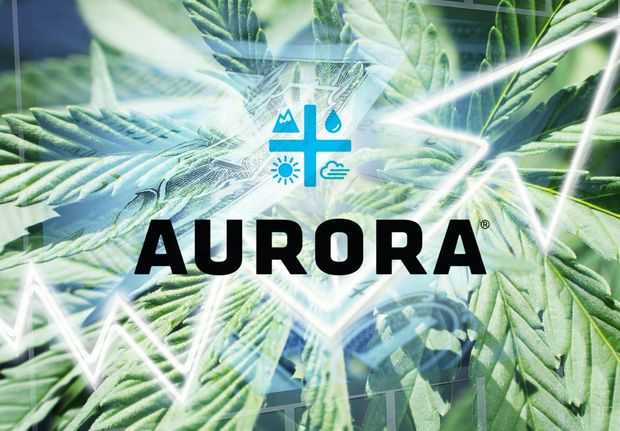 Aurora Cannabis Inc. lost more than C$3.3 billion, about $2.5 billion, in its recently completed fiscal year, and predicted softer sales than expected at the outset of its new year Tuesday, sending shares down roughly 10% in after-hours trading.

Aurora ACB, +15.82% ACB, +15.14% reported fiscal fourth-quarter losses of C$1.86 billion on sales of C$72.1 million on Tuesday, a decline from a break-even quarter with sales of C$98.9 million in the same period a year ago. Aurora did not provide a per-share loss calculation. Analysts on average expected losses of 66 cents a share on sales of C$73.2 million, according to FactSet.

Shares dove 10% in after-hours trading immediately following release of the results, adding to the roller-coaster ride Aurora investors have experienced in the past year. Aurora’s stock shot up 15.8% in Tuesday’s regular session, after falling 45% since record gains in the wake of the company’s previous earnings report.

Part of the decline in recent months stemmed from Aurora’s admission earlier this month that it would take an impairment charge of roughly C$1.8 billion in this earnings report largely related to goodwill charges for previous acquisitions. In that same announcement, Aurora announced its third chief executive of 2020, Miguel Martin, who replaced interim CEO Michael Singer after Singer took over for the departed Terry Booth in February. The company also guided for fourth-quarter revenue of C$70 million to C$72 million.

One of the biggest problems for Aurora had been its focus on premium cannabis that costs more to consumers, a strategy that fell apart as Canadian consumers sought the cheapest buzz for the buck. Aurora has pivoted to selling cheaper pot, but that has hit its margins and revenue totals.

“Total volume of dried consumer cannabis sold increased by 36%, but was offset by a 30% decrease in the average net selling price per gram of consumer cannabis as the Company’s value segment brand, Daily Special, accounted for a greater percentage of consumer cannabis net revenue, at 62% of flower revenue compared to 35% in the prior quarter,” Aurora disclosed in Tuesday’s announcement.

In his first earnings report at the helm, Martin promised to take a new approach to the recreational market.

“Aurora has slipped from its top position in Canadian consumer, a market that continues to support material growth and opportunity,” Martin said in a statement. “My focus is therefore to reposition the Canadian consumer business immediately. We look to expand beyond the value flower segment, leverage our capabilities in science and product innovation and put our effort on a finite number of emerging growth formats.”

For the fiscal first quarter, Aurora projected revenue of C$60 million to C$64 million. The company reported sales of C$75.2 million in the first quarter of the fiscal year it completed at the end of June, and analysts on average were projecting C$78.6 million, according to FactSet.

Aurora was once a shining light in Canada’s cannabis sector, recruiting large numbers of investors after the country became the first large, industrialized nation to legalize marijuana for recreational use. The company topped a $10 billion valuation in late 2018 and largely maintained a market capitalization of greater than $5 billion into the second half of 2019.

The fiscal year that ended June 30 was not kind to Aurora, however, as its losses grew and shares dove so hard that the company was forced to implement a reverse split to keep prices higher than $1. In total, the company lost C$3.31 billion in the 12-month period, more than 10 times the $290.8 million loss from the previous fiscal year. Sales grew 13.6%, to C$278.9 million from C$245.5 million. At Tuesday’s close, Aurora had a market cap of $717 million, according to FactSet.

Aurora has used the prospect of adjusted profitability as a tantalizing goal for investors, but continues to push back the finish line. In Tuesday’s results, the company stuck with its latest goal of reaching profitability on an adjusted-Ebitda basis in the second quarter of the new fiscal year. Aurora reported a loss of C$36.6 million on that basis in Tuesday’s report.

“We believe they should stop giving profitability goals/timelines, as they lack credibility,” MKM Partners analyst Bill Kirk wrote in a note following the company’s preannouncement of fourth-quarter results, noting that the original timeline promised Aurora would reach that mark in the June 2019 quarter, a full year before the period Aurora reported Tuesday.